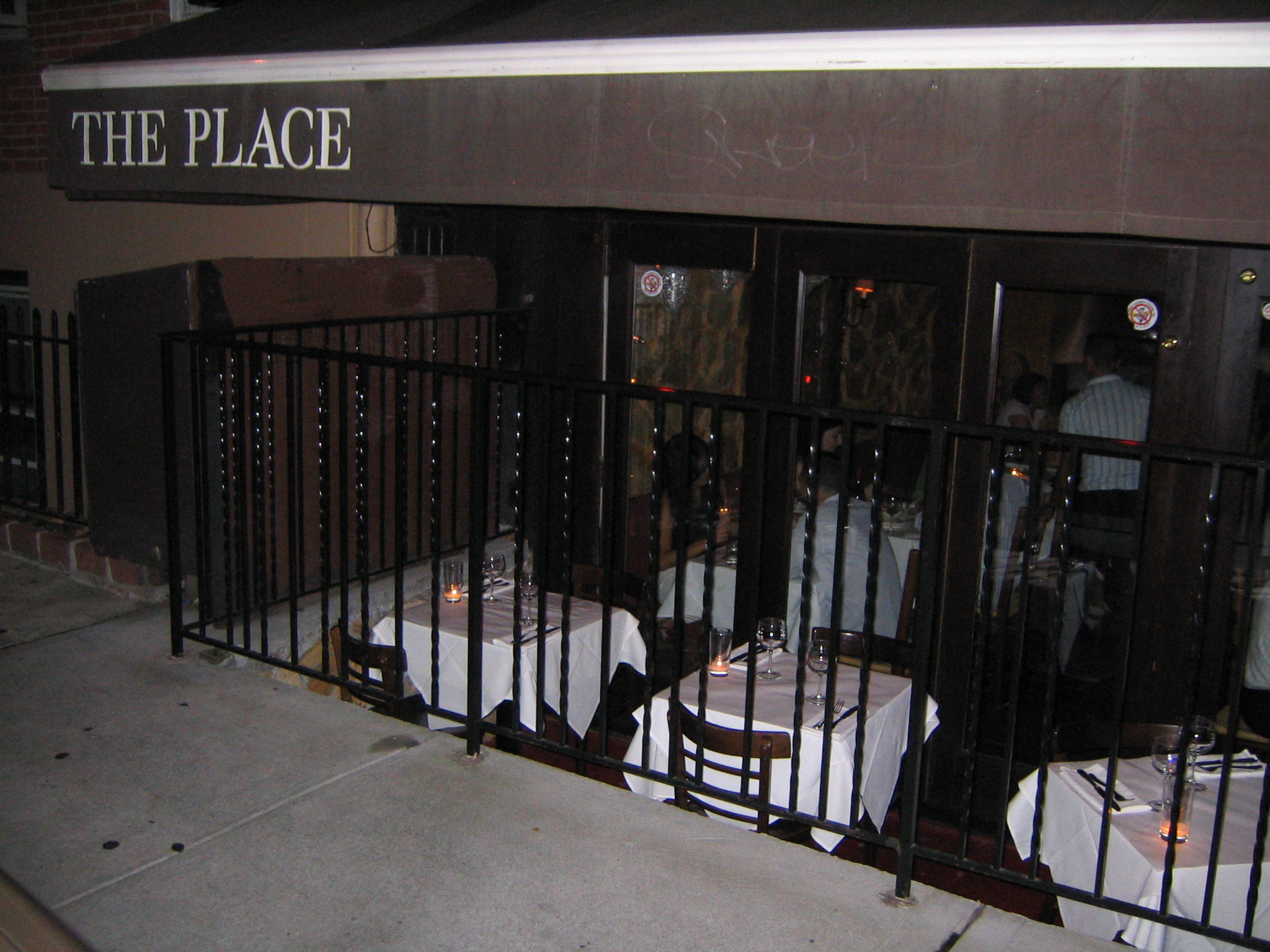 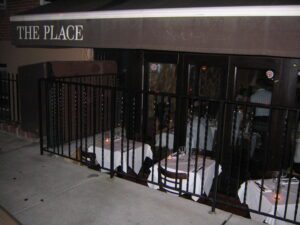 Who knew the little rainbow sticker on the window meant free neck rubs for all male guests!? I would have come here ages ago. Doling out the masseur services was the very excited Australian maitre d’, who seemed genuinely pleased that we chose to dine in his little restaurant (and showed it with his hands). Without even a hug or reach around–or even a post-coital cigarette–I was left a little flat, but luckily I had a nice buzz going and was hungry enough to eat anything that had once moved and/or grazed (with the exception of our friend from Down Under, of course). Now, subterranean dining can take on one of two moods. It can be dark and dank, or homey and cozy. The terrific service and friendly waitstaff certainly helped The Place to move into the later category, but the space itself–though a little cramped–made me feel like I had discovered some out-of-the-way gem in Paris that only the flouncy locals know about. I couldn’t quite think of the noun to describe the place, and then Ms. Hipster pulled out “grotto.” A very apt and swanky description indeed. I know it’s weird to say that twenty-dollar entrees are affordable, but in a city where a Big Mac is like seven dollars, that doesn’t seem too bad. The wine list is also decent (in my grape juice swilling opinion) and tops out at around sixty bucks a bottle. The food was fresh and flavorful, and meaty and fishy in all the right places. The evening may not have concluded with a happy ending, but my stomach, head and heart couldn’t have been more pleased. [MF]