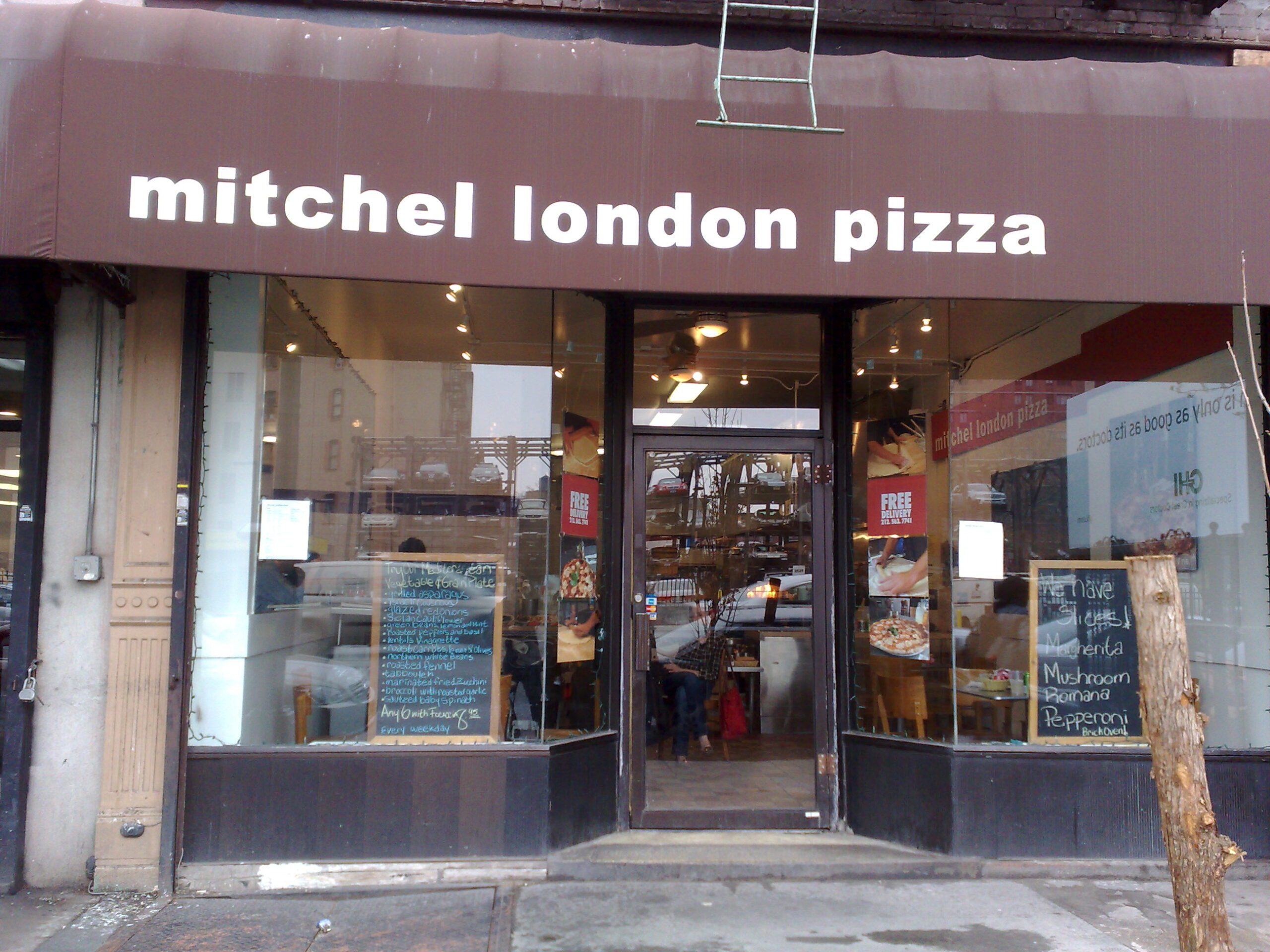 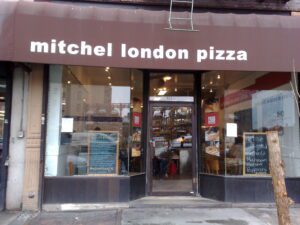 The fact that the owners of Burgers & Cupcakes could even pull it together long enough to open a second restaurant is almost beyond belief. A more disorganized bunch of nitwits I’ve never encountered. Granted, the place is literally right next door, and all they have to do is throw some cheese and pepperonis and shit on top of some Boboli and toss it into and oven. It’s funny they went so literal with their other joint’s name while making this one sound like a hair care product, cologne or line of Cosby-like sweaters. Regardless, I was still scared (and scarred) when I crossed the Mitchel London threshold to get me a slice of brick oven pizza. My fears were soon confirmed as I spied a few customer dudes standing around looking bored and jingling change in their pockets. There was also the secretary-type with the pinched face and tapping foot (complete with the hands on the hips). Oh Jesus, this place sucks too. But I was determined to order despite the general pissed-off air about the place. Now there was a sign there that read “we have slices.” More accurately it should have read “We have a slice” because that’s literally what they had; one available slice of pepperoni pizza. Luckily that was exactly what I was in the market for, so I snatched it. While I stood there for the next 15 minutes waiting, jaw agape, for my one slice to cook I watched the woman behind the counter botch a couple orders, turn several people away asking for slices, and literally have people waiting five minutes just to take their order. And this is a to-go place with a few tables and a counter for those who want to eat somewhere besides their desk for a change. After the bizarrely long ait, I finally wgot my slice and sat at the small counter for fear I would gnaw my own hand off from hunger. Part of me also wanted to continue to watch the ordering debacle continue towards ultimate white dwarf status. People continued to walk in, stand there for a few minutes while the counter girl was in plain view doing whatever, and then walking out. Meanwhile I munched on what was actually a decent slice of brick oven pizza. Sure, it’s not New York style, but sometimes you need something a little lighter and complete with that great char taste. After finishing my first I actually really wanted another. Only two problems with that: they didn’t have any more and I really wanted to beat my first issue of the AARP magazine back to my house. [MF]