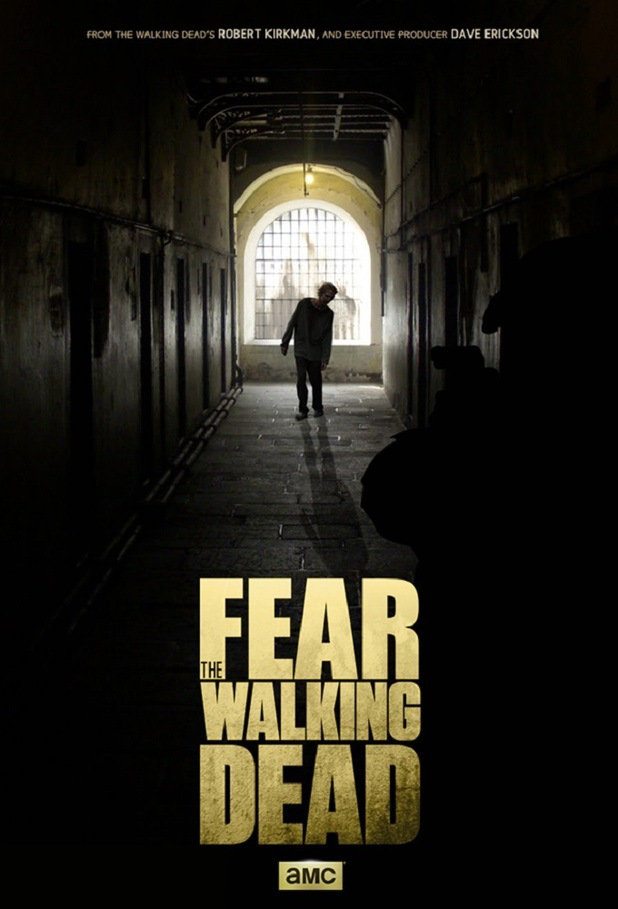 Zombies zombies zombies. I’ve never been a zombie guy. And, amazingly, there are zombie guys out there. Dudes who will watch anything that involves mindless, brain-eating automatons. I honestly don’t get it. There’s no thought or cunning or anything other than raw hunger for living human flesh. Does anybody know why? Like why do they want to eat people? What about this virus makes zombies want to dig into a nice leg bone? I don’t recall this ever being explained. Or maybe it’s just part of zombie lore that I’ve missed or chosen to ignore.

So, here we have the next installment of The Walking Dead franchise, Fear the Walking Dead. The titles are a little too close to one another if you ask me. But the idea here is that this is essentially a prequel to The Walking Dead, showing us the beginning of the outbreak. But instead of us being tortured by watching our heroes trek through the apparently endless forests and farmlands of Virginia, we are treated to an urban view of the effect on the teeming masses of Los Angeles. And this is where the show just loses me. If you are shooting in LA and have the city at your disposal, why film every scene in what looks like a vacant lot next to the LA River, or place all the action in what amounts to a suburban neighborhood in Riverside County? Why aren’t there zombies taking over the Staples Center and ransacking Beverly Hills? Why aren’t there scenes of rich dudes being dragged out of their Teslas and UCLA overrun with zombie co-eds? Instead the show has, once again, made the stories feel isolated and insular and, when pressed, made so generic in its location in an apparent attempt to universalize the story. I appreciate that they’ve gone for another multi-culti cast, but it’s almost to the point it’s feeling like one of those beer commercials with the group of friends that’s almost too diverse to be real. The Walking Dead managed it because it felt organic. This, however, almost feels a little like pandering. And even in their ethnicity, they kind of Midwestern vanilla-up the characters. Note to the writers: nobody in LA drives pick-ups save folks who need it for specific work. I know it makes our lead character more relatable for the general audience, but, like a lot of the show, it feels super-inauthentic.

Did I mention that for a show that is supposed to be about the fall of civilization, it’s really fucking boring? Like deadly boring. It’s trying to work both as a family drama and as a genre horror show and it really works as neither. The family we’re supposed to care about is lame. They’re a mixed family of divorcees and drug addicts and whatever, but they feel wooden and clueless. They’re certainly no Rueben Blades, who they pick up along the way, and ends up literally using blades (funny, right?) to slice some soldier’s ark open while torturing him for information. That’s completely ridiculous, but at least his character has some balls. And while that crazy stuff is going on, we’re watching this family run around like chickens with their heads cut off (but in a slow, methodical, boring-ass way), civilization is being torn apart by the coming zombie apocalypse, which we see very little of. Now maybe, like the lame filming locations, it’s a matter of budget constraints, or maybe lack of imagination and vision, but we seem to go from some peculiar situations that get reported on the news (which is actually pretty interesting), to military intervention, to the fall of Los Angeles in the blink of an eye. Oddly, these shows have very little faith or understanding of our amazingly huge police and military forces. Have they never seen the tanks that the LAPD employs for drug raids and riots? Have they never seen the type of firepower our military possesses? To think the might of both would be overrun by a not-that-huge population of zombies so quickly I think underestimates that capability. But whatever, it’s just a show.

Anyway, I feel lucky this thing was only six episodes long. That may have been part of the reason they rushed the fall of civilization so fast, but now what happens in season two? Do we now have The Walking Dead 2.0 just watching this same unwatchable family escape to Northern California where they trek through forests and farmland picking up other survivors, fighting off cannibals and rapists and hanging out on a farm for a couple seasons while forming relationships and wishing that the creepy kid who plays the heroin addict would either wash his damn hair or die already.