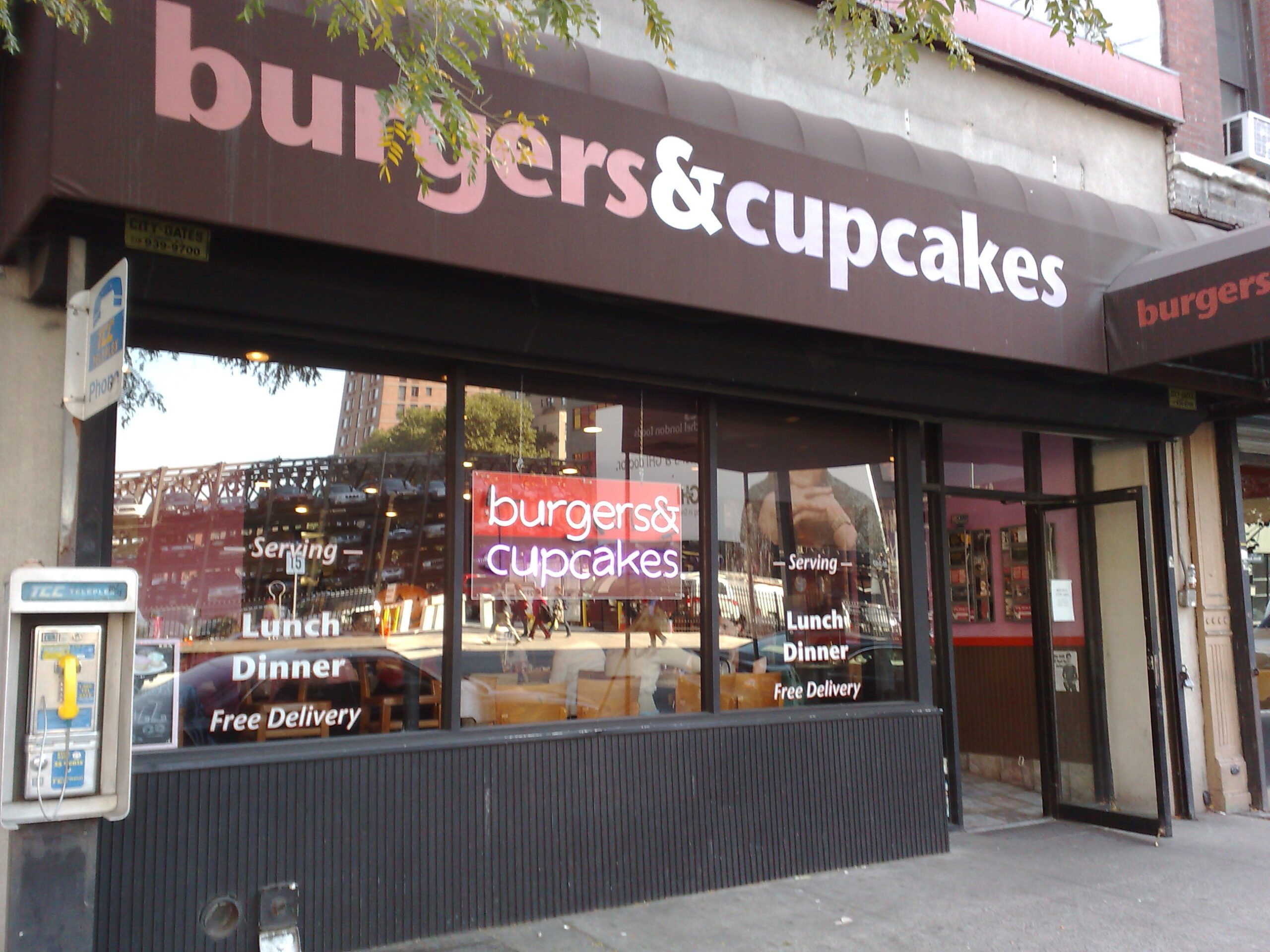 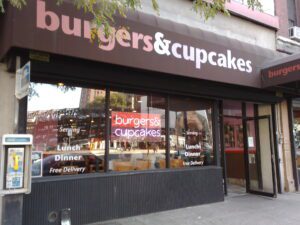 I am a turkey burger fanatic. It’s time I come clean and admit it to myself and to the world. Read through the eight hundred some odd reviews on the survey and you will see the poultry patty come up again and again. It’s like a compulsion I have to try the thing if it’s on the menu. I will bypass pancakes and steaks and pizzas to get to that sweet sweet gobbley grub. The urge is made worse by the fact that most places butcher the crap out of turkey burgers. They’re often dry or bland or even over-spiced with awful things like green pepper. So it was with both hope and trepidation that I ordered one up. The fact that this place also makes treats for kiddie birthday parties didn’t even enter my mind. Would I expect the salmon en croute at Fish & Sundaes to be good? Probably not. What I didn’t expect at Burgers & Cupcakes was the astronomical amount of time I had to wait to get my order. The day I was there they claimed to be down one cook, but I sensed a big fib from the wacky counter woman, who looked like some bizarro extra from Laverne & Shirley. My suspicions were confirmed the next time I went and waited about twenty minutes for my meal. When I did finally get my stuff, I was shocked at how small the little bugger was considering the price I paid for it–about nine bucks for a cheeseburger, but no fries, which are another three clams. My annoyance subsided somewhat after I bit into the thing. It was actually quite good. That was a good and bad thing. It was good because at least I didn’t waste all that time and money on another sub-par burger, but bad because I did like it and didn’t know if I could go through the whole rigmarole again. I’ve already answered the question, as I did go back, but these days I’m trying to fight against temptation, so perhaps my stubbornness will win out, and I’ll tell these disorganized rip-off artists to go punt once and for all. But probably not. [MF]