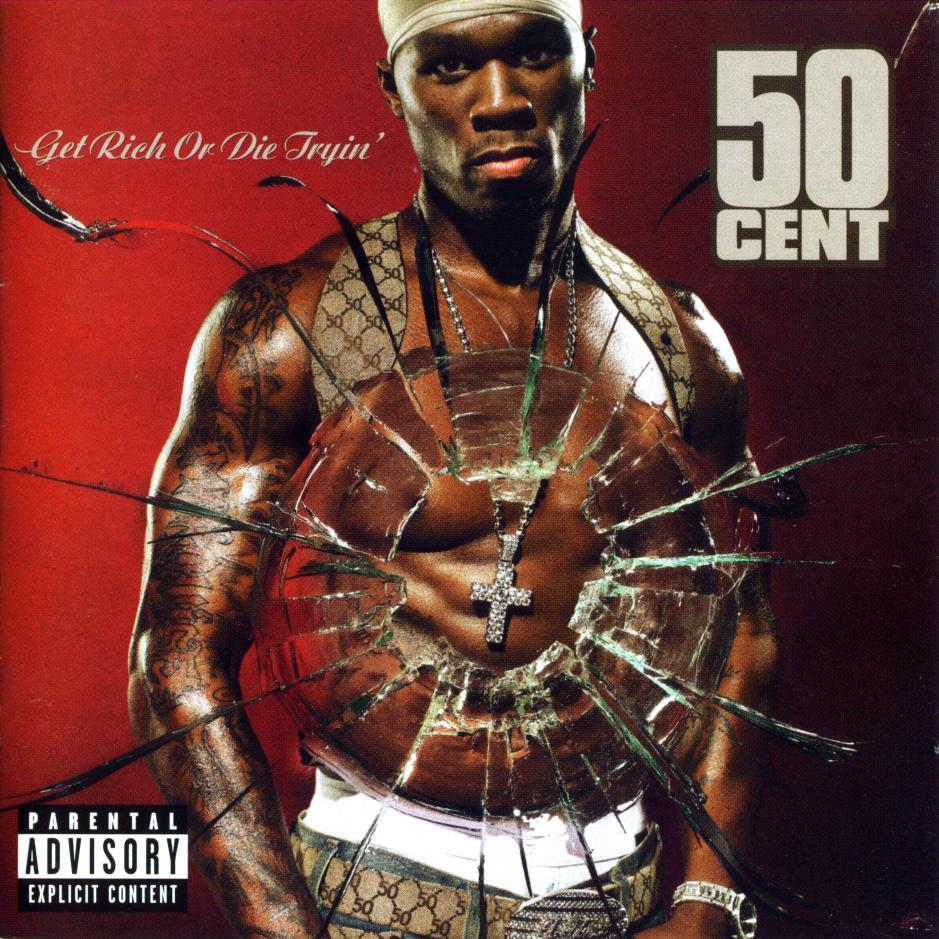 I gotta admit that I really don’t get this stuff. I mean the guy had like one good song on which he mumbles and whatnot, but a great lyricist? He’s like a more muscular version of Mase, all marbles in his mouth and ugified grill. He trades on the whole getting shot thing the entire album, and it gets really old. How many other guys out there have had that same experience and haven’t made millions off of it? Now we get this sleepy sounding ex-bootleg CD seller doing pushups in his videos? Granted, “In Da Club” is a great song when you’re drunk and at one of your white friend’s apartments with a glass of white and you’re feeling frisky. But even in that song he talks about getting shot. Booooring. This certainly isn’t a record for the kids to listen to, and like many rap albums out there, it’s just way too long. The production is pretty good, at least, but that’s Dre’s thing. The guy just isn’t very dynamic, kind of reminding me of a summer squash that’s been animated by a bolt of lightening.