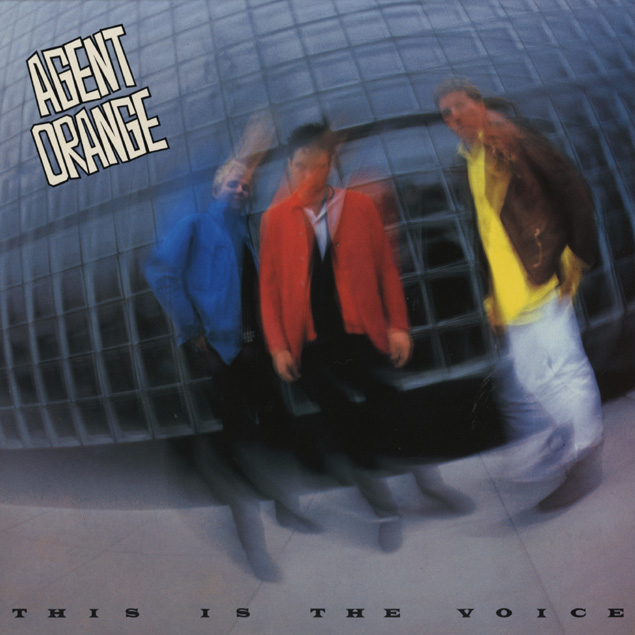 Agent Orange: This Is the Voice

I remember listening to this album as a teenager and wishing I’d wake up in my Southern California home as a better skater. I just wanted to be able to shred to this album in someone’s empty pool. As it turned out, my skating would never really improve and I would be relegated to listening to this awesome skate and surf punk album until I wore the tape thin. The funny thing about this record is that it’s not just straight thrash or chugging guitars or double-bass drum or anything, but has this weird goth-like edge to it. The first song, “Voices In the Night” almost reminds me of a Damned song with its minor key, spooky-ish lyrics and echo-chamber production. The band definitely tries to move beyond just your typical grind-em-out punk progressions and really does push to make the music more melodic and more diverse, delving almost into some of the weirder Police territory, giving us some more arena rock flourishes here and there.

This is certainly a much more fleshed-out and less rough-around-the-edges album than their debut, Living In Darkness (which I love for different reasons), that is filled with much rawer surf punk, but still holds the beginnings of some of that dark paranoid sound that bleeds from this album. Listening to it now, I definitely would have changed the way it was produced, as it’s a bit drowned by that aforementioned echo, but it does add to the material feel of the songs. Though I would have cleaned it up a bit and stripped it down and added back in some of the rawness that went away when they gained some notoriety from an early KROQ DJ. Maybe they got 5 dollars to record this album and thought echo meant money or that they really needed to embellish the sound by twiddling some of those fancy knobs. Regardless, this thing had a pretty significant effect on my early sense of what alternative music could be and made me just hate half-assed music ever since.