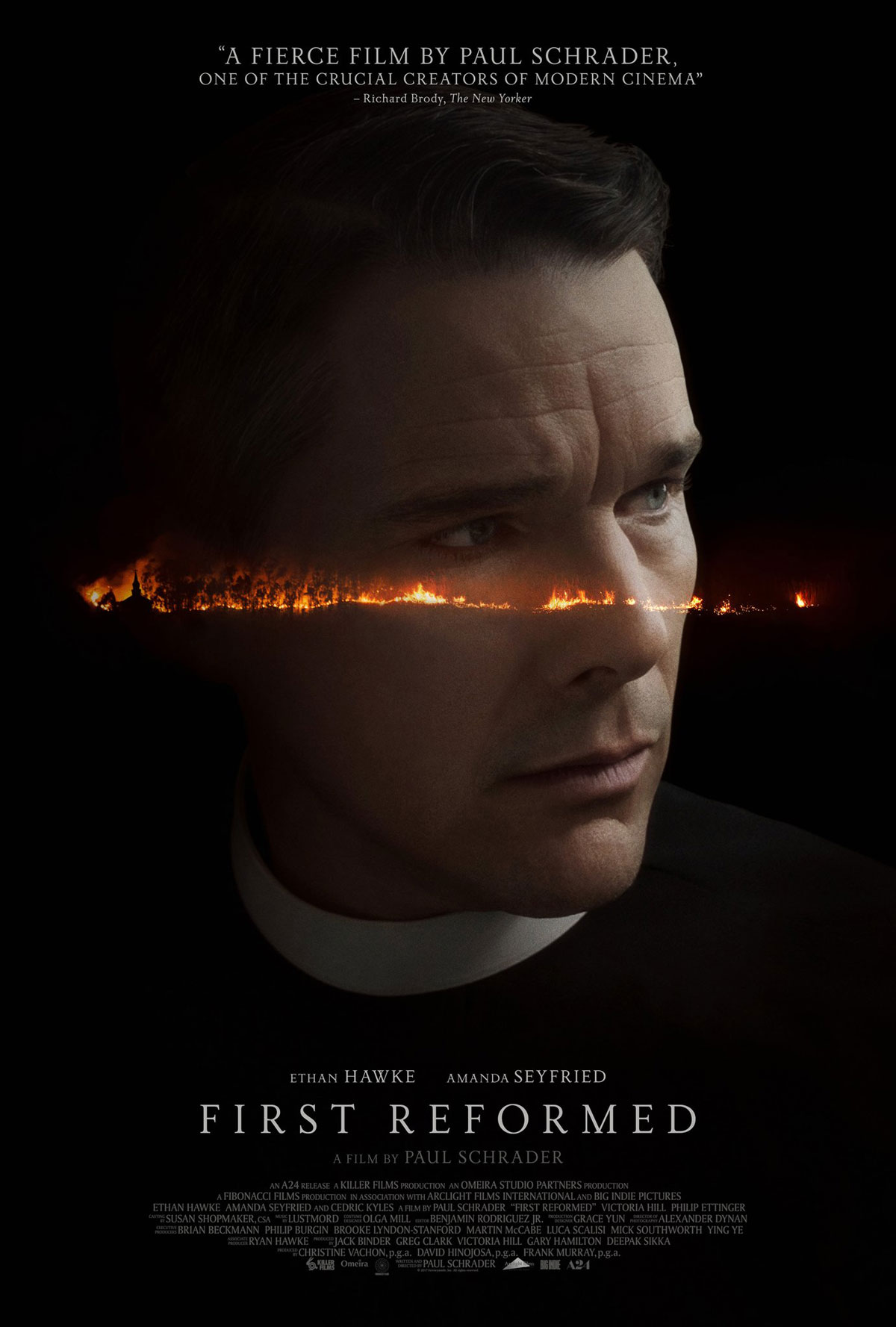 Holy Jesus! No, seriously, holy Jesus. I had no idea this movie was a thing until some end-of-year list wrap-ups that mentioned a shockingly good performance from Ethan Hawke. Yes, the kid from Explorers and Reality Bites and… Man, he’s actually had a pretty decent career. Like he might be the best actor of my generation considering he’s like the ultimate Gen-Xer. And this absolutely spooky, spare role where Hawke is pretty much on camera the entire time is just the thing the dude needed to cement his rep.

Now, that all said, this movie isn’t for everyone. In fact, it’s probably for very few people. It’s highfalutin and odd and super-weird, as well as disturbing. The director, Paul Schrader, wrote Taxi Driver and Raging Bull. But, most relevantly, he wrote The Last Temptation of Christ. Have you seen that movie? That’s one fucked up film. He also wrote and directed Affliction, another film about a man unraveling. So he clearly has a point of view, and it almost always has to do with a white guy struggling with inner demons as he slowly loses his mind. Honestly, that’s his entire oeuvre, including another very similar movie starring everyone’s favorite lunatic, Nicolas Cage, in Bringing Out the Dead.

So what makes Hawke’s minster character, Reverend Toller, lose his mind? Well, a number of things, I suppose. First, as a former military chaplain, he encouraged his own son to join the military, which directly led to him being killed in combat in Iraq. Second, he preaches to an audience of about four people in a historic church that has clearly seen better days. Third, he leads a solitary life, is clearly drinking way too much and is also suffering from some debilitating illness. I read some articles about the movie after watching it and apparently his character and the film itself are based on some pre-existing, high-minded stuff that Schrader cares about, but I don’t have the time or brain power to understand. All you have to know is that Toller eventually meets Amanda Seyfried’s character, Mary, who asks the reverend to talk to her husband who is having a tough time. It turns out the husband’s major issue is that people are breaking the Earth through environmental degradation and whatnot. He’s whatever the more radical Greenpeace people are called, and eventually takes his own life because he’s so disturbed about the plight of the planet. But he’s probably just depressed and mentally unstable.

The husband’s suicide causes Toller to spiral as he too questions the destruction of a planet he thinks is god’s divine invention. And, to make things worse, the benefactor of the historical church he runs is actually a global polluter and all-around asshole of an asshole. Without giving too much away, his mental condition deteriorates and his morphing religious philosophy and what amounts to his political philosophy kind of meld and he basically self-radicalizes — if that’s a thing. It’s certainly very similar to Travis Bickle’s transformation in Taxi Driver, but with a more subtle build. Also, Hawke is a much less showy actor than De Niro, so it’s a little unclear up until the very end exactly what Toller is thinking or where he’s going with his growing mania.

Now, I may not be a smart man, but I had trouble making some of the connections here. It’s a super-quiet film with lots of dialogue (both between characters and internally via voiceover) that is clearly meant to be deeply philosophical, but is often a little stiff and not entirely tied together. We know, for instance, that Toller is broken up about his son’s death and is drinking too much, but his relatively quick spiral about a subject (the environment) just didn’t seem fully fleshed out. And perhaps I’m being too literal, but I can’t see having one conversation with a clearly depressed dude and then reading some pamphlets and some articles on the Internet would push him to such an extreme. It seems everyone in his world goes out of their way to be kind to him (either out of pity or genuine care) so it’s also unclear why his world view is what it is and how his initial move away from the traditional teachings of the reformed church he runs tie in with the violent, radical philosophy of the hardcore environmentalist.

Whatever the case, I’m happy to watch a film that tries something. With so few original ideas, it’s nice to see something – no matter how strange — leave me with questions and spark a conversation after the screen goes black. This film isn’t for the sleepy or the faint of heart, however, so be warned that you will need your MFA in film theory handy and perhaps something to take the edge off the fact that Todd from Dead Poets Society at one point wraps himself in barbed wire and essentially gives us his “o face.”