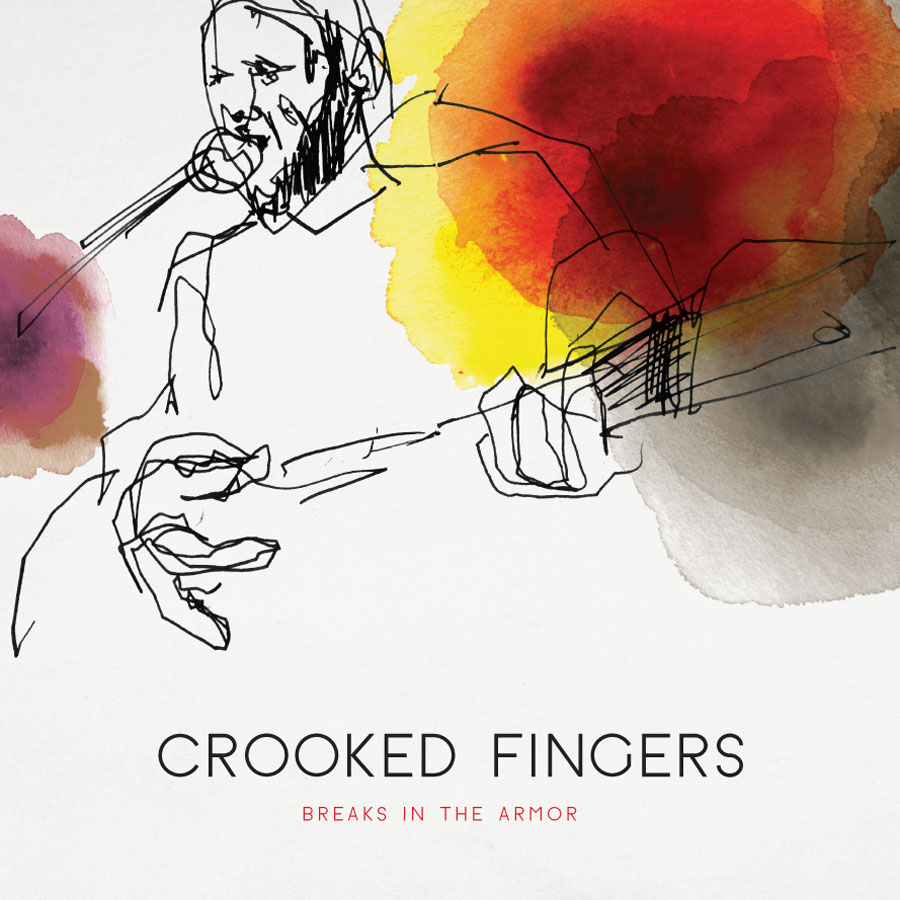 Crooked Fingers: Breaks In the Armor

I honestly hadn’t listened to a Crooked Fingers album in a while prior to cranking this one up. I’d listened to Archers of Loaf more recently, as they are always going to be one of my go tos when I’m starting to feel indifferent to modern music (which happens more often than you’d think). What I recalled about Crooked Fingers was a kind of gin-soaked Americana — the more craggy, sensitive side of latter day AoL. While there is certainly some of that here, this album is less rustic than I imagined it would be. Instead, Bachmann seems to be making a more “pretty” album. And to that end he’s certainly taken a page out of the Frank Black solo career handbook, but softened the edges with a lot of chugging, acoustic bits and an almost Eddie Vedder solo approach to some of the flourishes. Though without the dynamic range of either. And that, honestly, is what’s missing from this album. The melodic range and dynamism of the songs may be a limitation of his voice or songwriting or both, but just when you think he’s going to hit that sweet spot, that high that makes your hair stand on end, he dials it back not quite into a Tom Waitsian dirge, but into something certainly flatter than it should be. Again, it’s a perfectly lovely singer songwriter album filled with Bachmann’s cast of his many lyrical characters, but my expectation is that put to music they’d really sing more than they do.