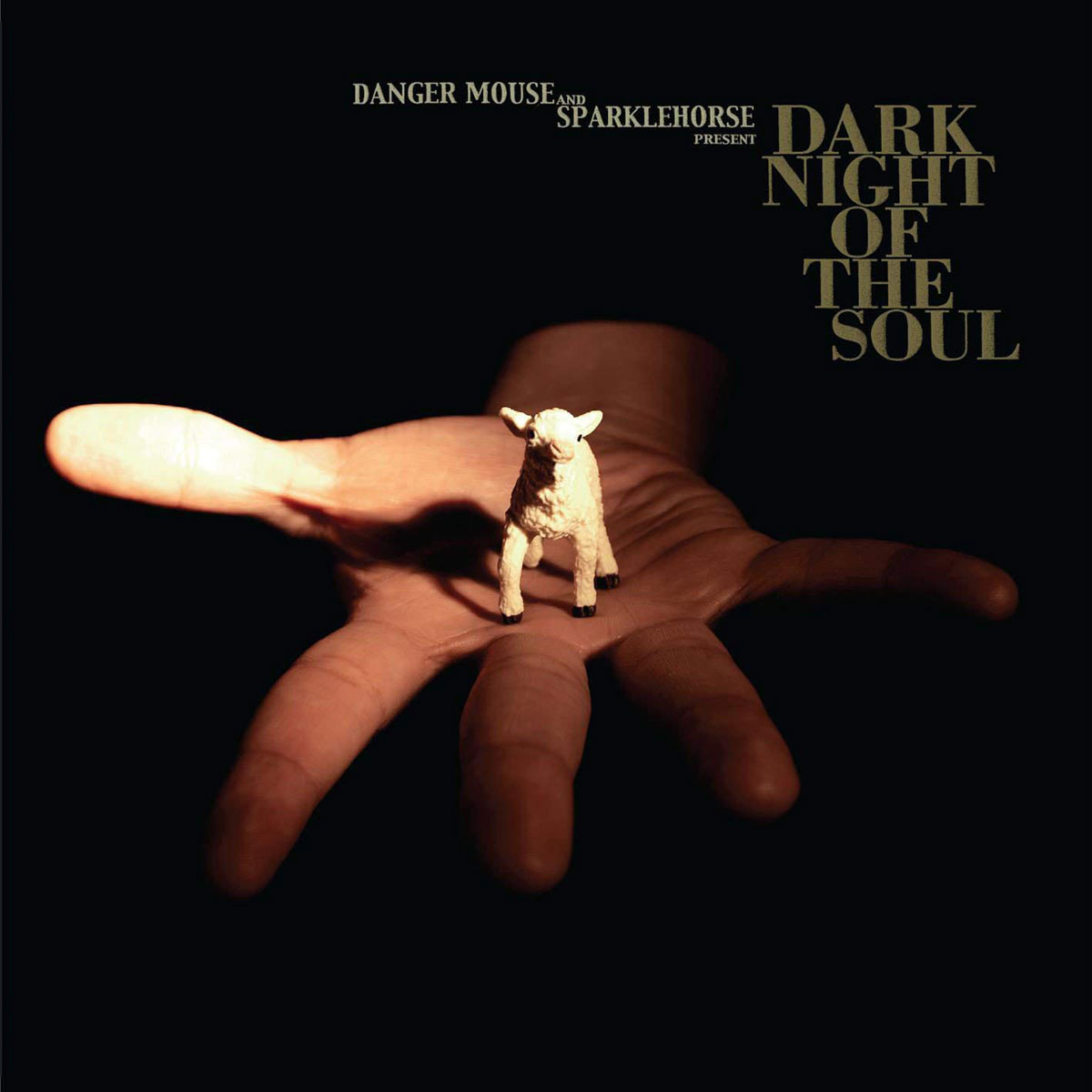 Danger Mouse and Sparklehorse: Dark Night of the Soul

What to do when your lead singer kills himself? Hire the best known hipster producer in the whole wide world, Danger Mouse, bring on a bunch of cool cat lead singers from venerable bands (Wayne Coyne from The Flaming Lips, Gruff Rhys from Super Furry Animals, Jason Lytle from Grandaddy, Julian Casablancas from The Strokes, James Mercer from The Shins, Black Francis, Iggy Pop, etc.) and run them through an album full of Sparklehorse songs strained through the bleep bloop DM filter. Throw in a couple tracks voiced by David Lynch (yes, thee David Lynch), and you have what amounts to an entire record of ending credit music from a bummer of an indie movie. Ironically, the only slightly upbeat song is sung by the guy who hanged himself. And Suzanne Vega (yes, that Suzanne Vega) actually puts in a star making turn on one of the album’s more memorable tracks. Some of Danger Mouse’s background electronic grinds and squeaks seem a little superfluous from track to track, but the 70s throw back ambiance that settles over the whole of it makes the album feel cohesive in a way that a lot of these “guest star” albums don’t usually. The more I listen to it, the more I actually am beginning to really like it. If only to hear a glimpse of Grandaddy’s past in Lytle.