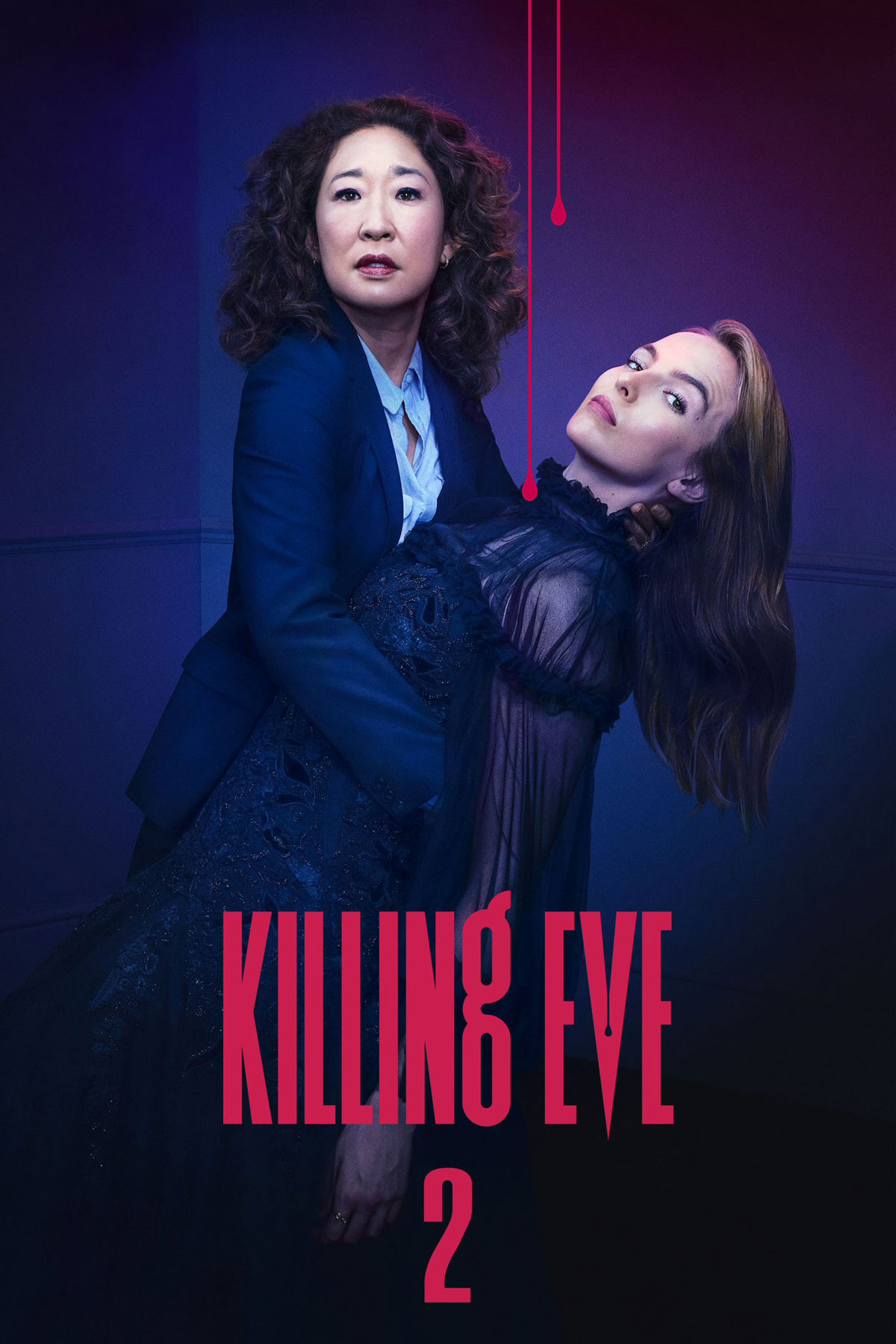 Killing Eve is a show that seemingly came out of nowhere in Season One. I mean it didn’t come out of nowhere nowhere. It came out of the brain of the supremely talented Phoebe Waller-Bridge. She created amazing characters out of Eve (Sandra Oh) and international assassin, Villanelle (Comer). The action could swing from tense to funny to downright weird within one episode. Season two picks up right where season one left off. But without Waller-Bridge on board, the question was where it would go from there.

Out of the gate the answer to this question wasn’t quite clear. Villanelle, somewhat incapacitated form her run-in with Eve from season one, emerges showing a modicum of humanity / weakness. Which is pretty strange for a character who we’ve never seen not be in control. It’s an interesting setup that plays out well to start, but never really comes back to the heights of the character’s awesomeness again (though Comer does her best to make it happen).

Villanelle’s come-down is manageable expectations-wise because it seemed practically impossible to repeat. The thing that really disappointed this season was Eve’s arc. Sandra Oh is a very good comedic actress. After watching Waller-Bridges’ Fleabag, it makes sense that Oh’s and Comer’s amazing facial expressions played well with her writing. Oh’s face-acting in particular was subtle, but devastatingly funny, in the first season. The second season seemed to rob her of some of this. She just seemed exasperated most of the time — and somehow less smart. Less unique.

And I know sophomore seasons are often times the weakest of many series’ runs. But this one just felt like a completely different show. Sure, it had the same characters and ostensibly continued the story of bookish Mi6 agent who is thrown into the international world of spy intrigue. It attempted to deepen the relationship between Eve and Villanelle and tell the story of obsession. But it swung and missed to some extent. The metamorphosis of Eve from this introverted, but distracted agent to chaser of something exciting and intoxicating in Villanelle was what made the cat and mouse game interesting in season one. The almost will-they-or-won’t-they tension gave the show an unusual and fascinating energy. All of which was sapped once we started a new season with the two actually knowing each other in a deeper way. Familiarity breeds contempt, but not in the way you’d expect. They ended up more of a quarreling old couple than whatever they were on season one.

This familiarity and a plot development that in the real world never would have happened in a million years leads to a kind of frivolity that is silly, but not funny. Even with the show’s unique setup, it becomes less clever. Eve’s personality also takes a turn that doesn’t feel in line with her character development. It’s not abrupt per se, but her not-subtle shift toward Villanelle’s flippant attitude and aggressiveness just doesn’t feel true to her character arc.

Look, I certainly didn’t dislike this season of the show. I just didn’t actively like it as much as the first. I found myself looking at my phone way more than I should have been looking at my phone. There was a spark missing. There were some smarts missing. The acting was good, the plot wasn’t horrible, but it felt like a stumble after an immaculate start. My hope is that they regroup and realize that Eve and Villanelle need to be foils and not friends. The threat and menace of Villanelle is still there in season two, but we need that lovable sociopath back. And we need Eve to be the balance to this, not an enhancement.