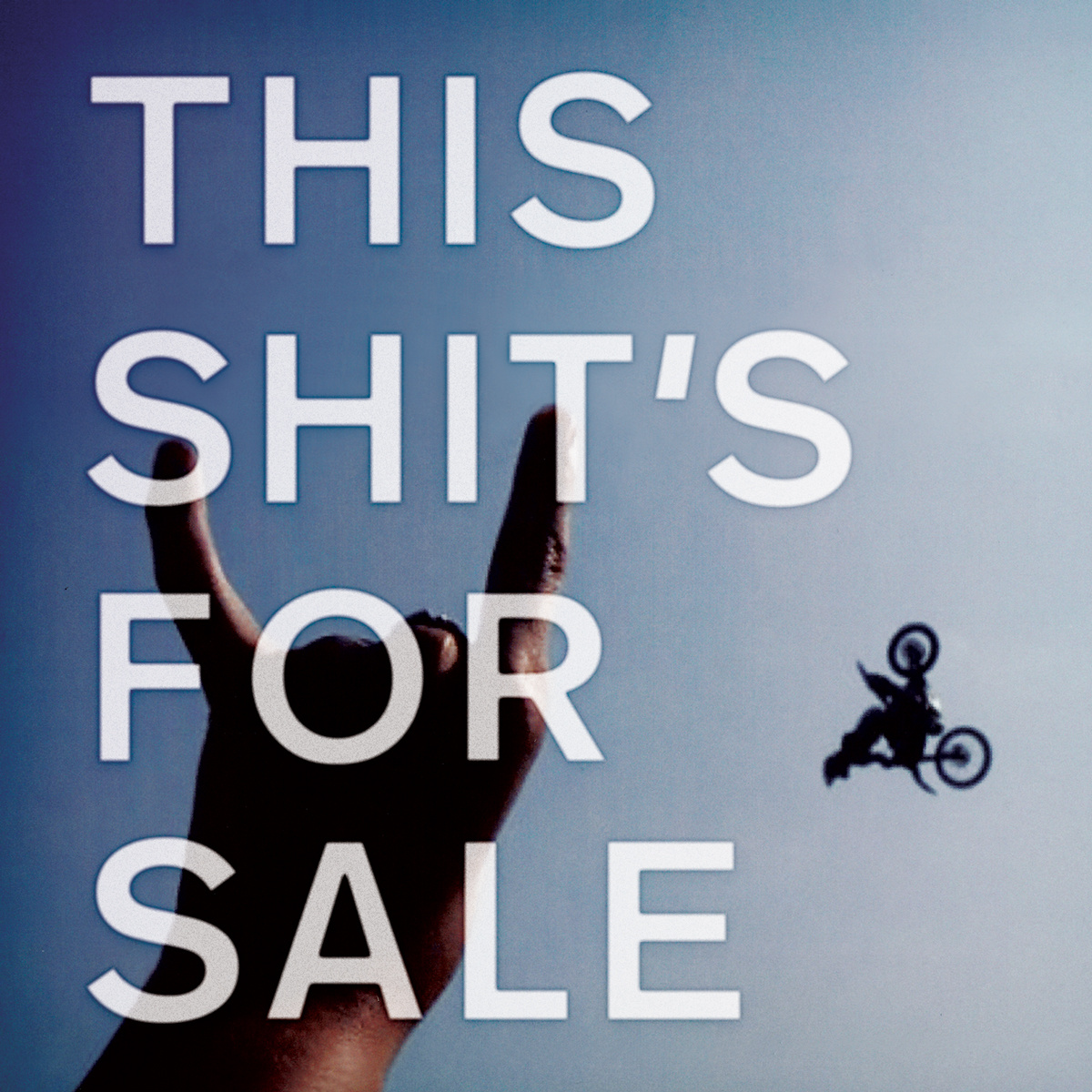 Dirt Bikes: This Shit’s For Sale

This ain’t no pussy Brooklyn shit. Yeah, sure, they’re a Brooklyn band, but they’re not your mamby pamby boy/girl duo, tinkling synth dandies or fuzzed out noisers. No, they’re a straight up indie rock band in the grand tradition of old school indie rock bands. Drawing from such influences as Pixies, fellow old school Brooklyn darlings, Les Savy Fav, and a healthy dose of early Modest Mouse, Dirt Bikes have made a loud, messy rock party album that invites the listener to join right the hell in. And it’s in this loudness and this messiness that they transcend the bullshit. Rather than toe the hipster line and keep the audience at arm’s length with coolness, these guys (and girl) attack their instruments and give us the rawness that’s missing from way too much music these days. Lead singer Richard Lehmann sings in a painful yelp that makes you want to just help the guy and save him from whatever is eating him up from the inside. This while the music swirls around him, alive and urgent and swaggering. The nicest surprise is the strength of the album from front to back, the energy and freshness never waning, and their live sound (having seen them in person a few times) not at all compromised with studio tricks and that horrible echo chamber shit that’s been all over modern records these days. It’s a cocksure album to be sure, but even when it feels like the band is trying to make you dance and sweat and fear it, there’s a heavy dose of smart that’s winking at you telling you that, yes, all shit’s for sale.