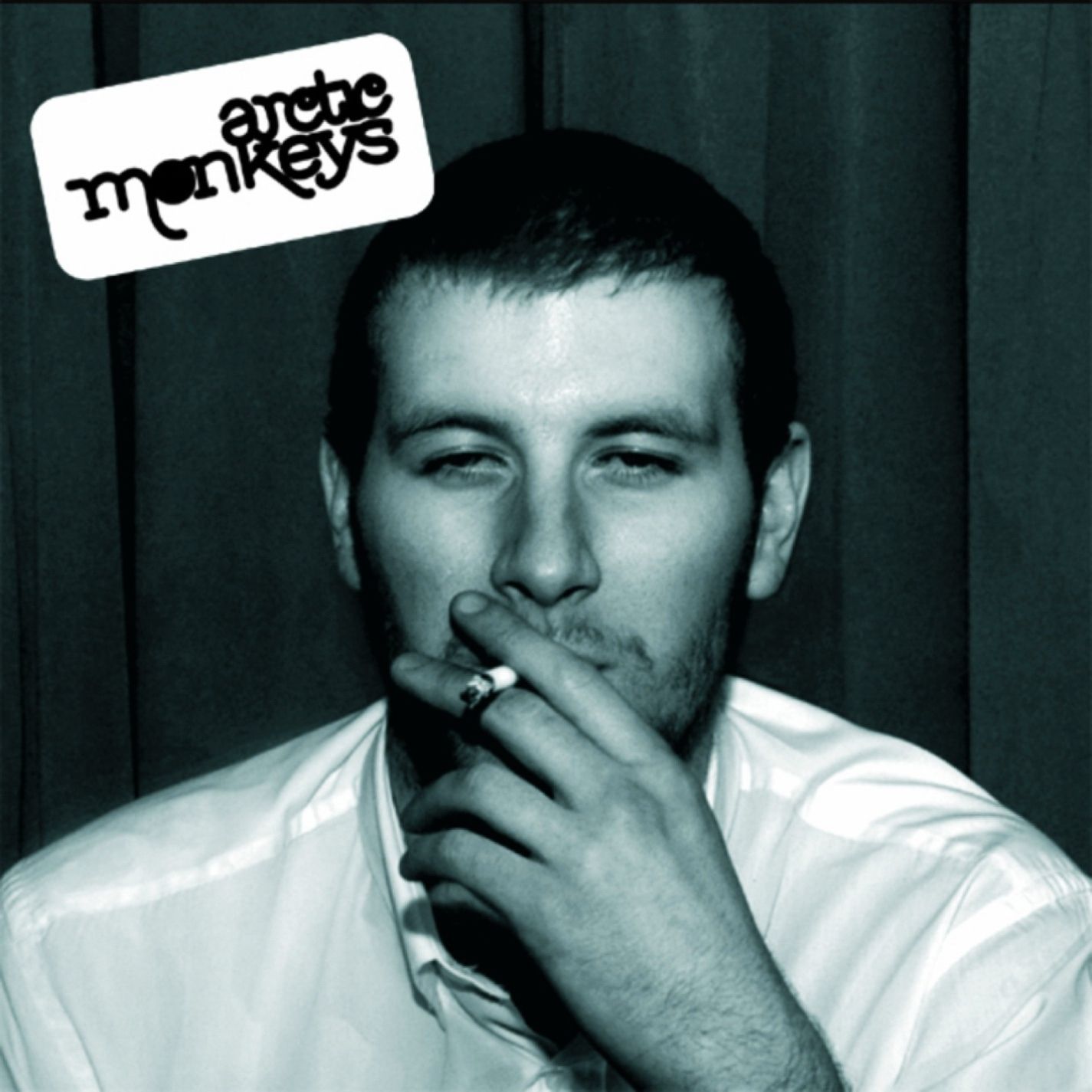 Arctic Monkeys: Whatever People Say I Am, That’s What I’m Not

What does a dude sound like when he’s singing with a cigarette and a pint in his hands? Most likely like Alex Turner of Arctic Monkeys. The clear successor to the UK’s favorite band of all time (even more popular than The Beatles!), Oasis, the Arctic Monkeys combine their, uh, Britishness with the brashness of The Libertines producing a sound that doesn’t belong inside the pub, but outside when the brawls start. There’s sort of a mob feel to the whole album with herky-jerky movements and bratty group singing. For some reason skewering people in a drooling Anglican accent in front of a thumping bassline inspires Brits to buy albums, and that they did. Didn’t this thing sell more than Thriller in the UK? I could listen to him say “scoombag” all day long. Funny and entertaining.