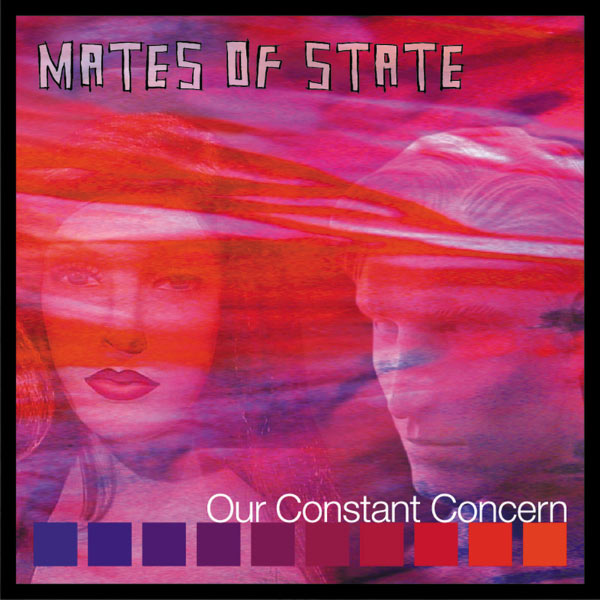 Mates of State: Our Constant Concern

The one issue with two person groups, especially when one is a keyboardist, is that songs often end up sounding samey samey. I mean Mates of State certainly makes the most of it, but the spiraling keys and echoey drumming – really the only two instruments throughout – tends to limit the range of the entire album. That means that the two voices, male and female, must substitute for all the other instruments that would otherwise fill out the sound. They do it admirably on this album, doing rounds and singing together and then apart and then together again in a cute way that is by no means deep and penetrating, but sort of skips along the surface. It’s like a conversation set to music, which at times is dynamic, but at other times kind of mundane, like any conversation. The melodies aren’t strong here, and maybe aren’t intended to be, as it seems to be more about the sound and the structure than it is hooking the listener into the conversation itself.