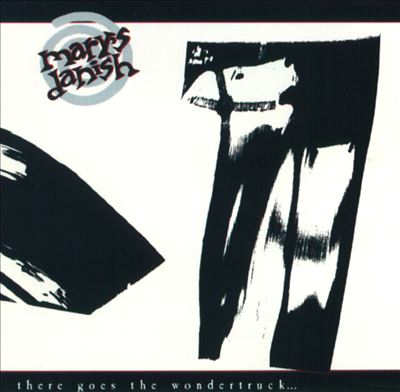 Mary’s Danish: There Goes the Wondertruck

This was Riot Grrrrrl before anybody even knew what that was. To me it was the drawling punk girls that I listened to in high school. Attitude-laden songs replete with aggressive intertwining female vocals and fuckin slap bass! The Western twinge might speak to Austin or some place where steers is queer, but these gals were pure LA through and through. Why can’t girls sing about drinking and fighting and crashing? They can, and they will. And since I had this thing on cassette (now lovingly recreated in shit-ass 128kbps mp3s) and the Internet was but a twinkle in Al Gore’s eye, there were very few places to see photos of your favorite band — especially if they were sexy sounding chicks. These were my original crushes, and ones that I saw little of visually — unlike my later-day saints who at least had music videos on 120 Minutes and articles in CMJ, Juliana Hatfield and the girls of Veruca Salt. Songs like “It’ll Probably Make Me Cry if I Let It” could easily be a Dixie Chicks song (or one of those more modern day country groups) and be a huge radio hit. The whole thing, from the subject matter (including a song entitled “Dodge City”), to the accents and soaringly high harmonies all give the album a seemingly country bent on top of its punk roots, but California is indeed in the West and we all feel nostalgia for those gunslingers. I didn’t listen to a lot of chick singers in high school (or ever, really), but these girls could hold their own and not embarrass me playing in the tapedeck on the way to my favorite LA coffee house.