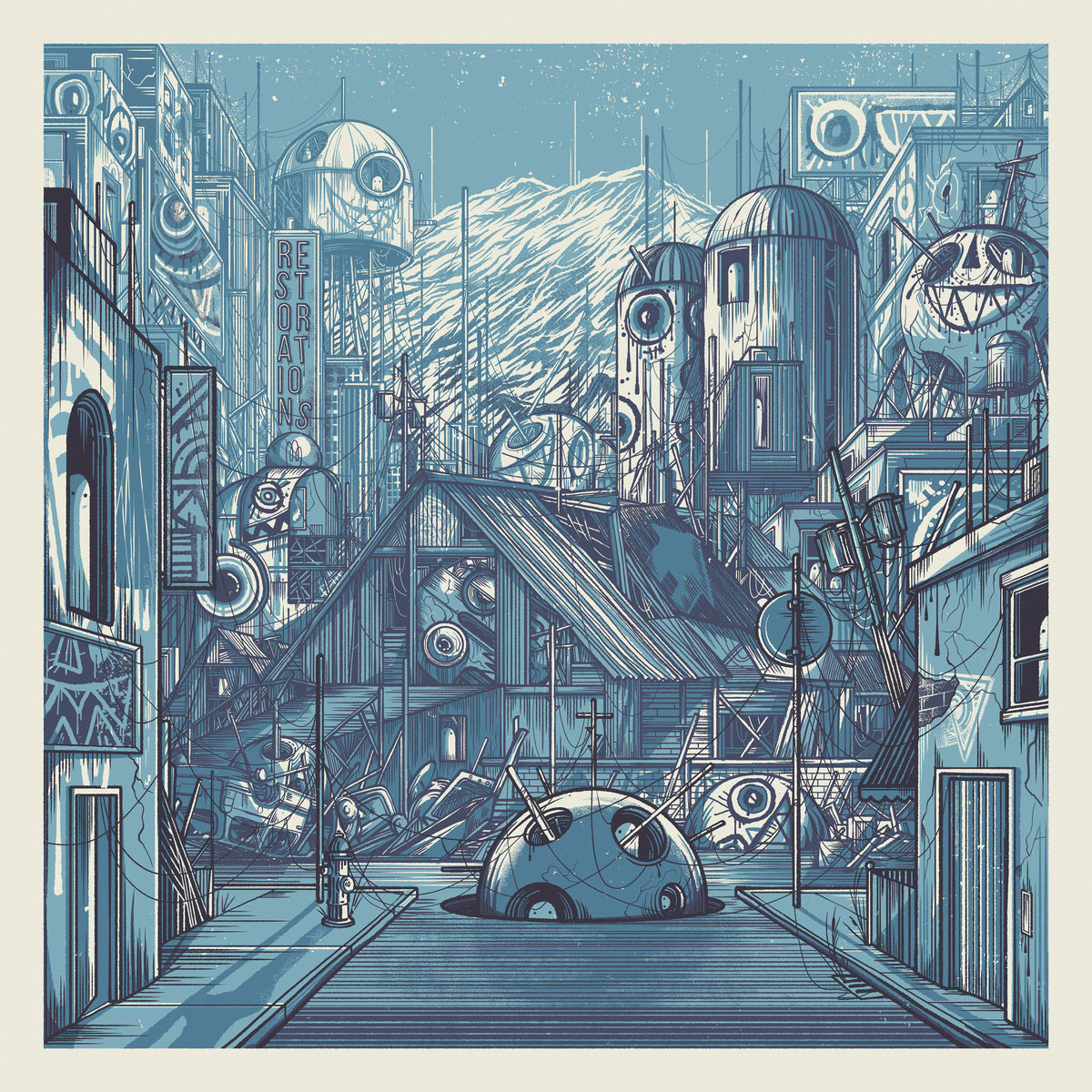 At only seven tracks, calling this an LP is kind of a stretch. In fact, I’m not even sure it qualifies as such, but in the world of digital music, I’m probably the only person still listening to whole albums anyway. So, who cares? The thing is in those few tracks, Restorations get their sound across. Their brand of anthemic indie Americana that pays homage to The Boss in the way your Gaslight Anthem and The Hold Steady have made a career of. Granted it’s a little more rollicking and fist-pumpy than those two, adding a bit more of the emo-tinged, swirling rock thing that will sound super-familiar to anyone tracking American alternative rock over the last decade or so.

What this all amounts to immanently listenable rock ‘n’ roll that won’t challenge or bash your eardrums, but will grab bits and pieces of the heartland, mix them with a little of the old Irish working-class style family drama and grind out a short essay of an album that will leave you with a pleasant — if not fleeting — taste in your mouth.

Being from Philly, I imagine these guys play relatively small venues in the North East and totally rock the rooms they inhabit. There’s something inherent in their music that feels super-familiar and very bar-worthy. But like elevated bar-worthy. In other words, they’re not going to be anyone’s favorite band, but the thought of this record might get a small smile and nod out of a particular type of adult who enjoys music written and performed by adults. They’re the decent opening band for the band you came to see. In the old days you might drop that $8 to buy their CD at the merch table in order to support the guys.