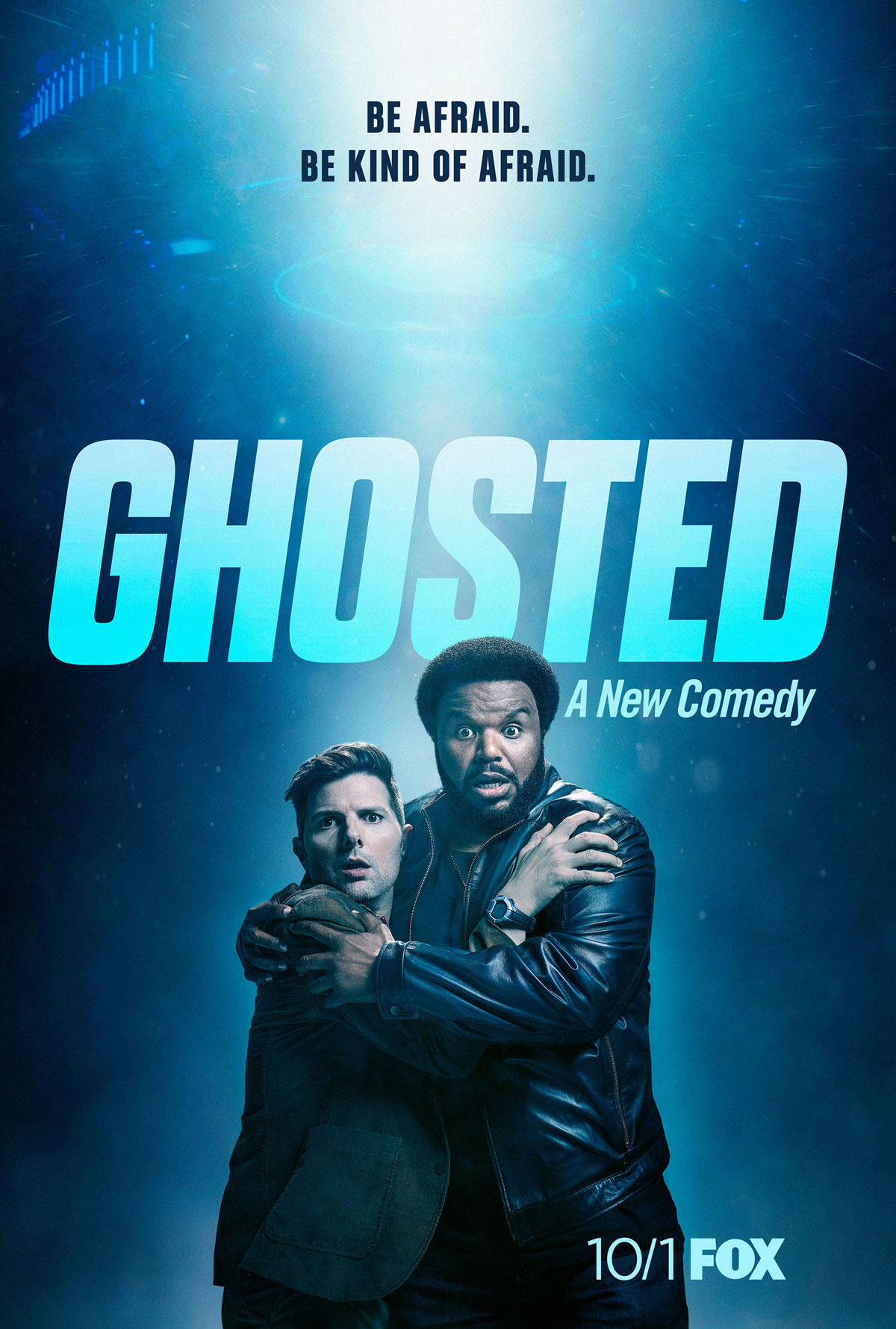 This show is aggressively bad. In fact, for a comedy, I’m pretty sure I’ve never laughed less than I did watching Ghosted. Shit, I laughed way more watching The Leftovers. And that’s about two percent of the world’s population up and vanishing. Not exactly something to chuckle at. It almost seemed like the cast was trapped in some contract they couldn’t get out of and were forced to make a season of truly terrible television against their will. Armed with about a fourteen-dollar budget and presumably a bunch of college interns for writers, Fox clearly thought maybe an X-Files sendup would somehow fill the hole in our Gen-X hearts for… Well, honestly, I’m not sure what for. Granted, getting Adam Scott and Craig Robinson is a good start, but then giving them nothing to do over sixteen episodes is just a giant miss. The Odd Couple thing is funny for no seconds. Exactly no seconds.

To be fair, there is one laugh in the whole series. And it’s when cast member and stand-up comic (and possibly one of the writers?) Andy Blitz clearly ad-libs a scene about an alien sex romp that makes Scott and Robinson break. So I’m not so much laughing at the story itself, but watching two adult men not be able to keep their shit together. Otherwise, the show is a dead-fish, case-of-the-week “comedy” about a super-secret government program that investigates paranormal and alien stuff. Sound familiar? Yeah. The obvious pitch here was the pairing of Scott and Robinson as the nerdy, disgraced Stanford professor-turned-bookstore-clerk and the macho, disgraced LAPD officer-turned-mall-cop. Both are pulled into this secret program initially against their will, but eventually willingly in an attempt to regain their former glory. Scott is the brainy true believer, and Robinson is the quippy skeptic. Hahaha, funny, right?

Issue is, they give them dumb cases. Like dreadfully boring stuff. And the scripts don’t take advantage of the chemistry the two have that is seemingly lurking just below the surface. There’s like a push-pull between solving the half-assed cases and just seeing the two of them hang out and riff. They lean into the former and rob any laughs that might come from the two of them ad-libbing and just bouncing off each other. And instead rely on corny dialogue that oges nowhere. There is supposed to be this kind of through-line plot of Scott looking for his “abducted” wife — who is coincidently played by his awesome co-star from Severance, Britt Lower. Which, if you’ve watched a minute of X-Files, will also feel very familiar. But they weirdly kind of bail on that whole thing after the second episode, despite it being the inciting event for Scott’s fall from grace. And having Lower available to them! They bring it back at one point, but it’s ultimately a weird red herring that could have — if they’d played their cards right – been an actual plus to an otherwise withering series of lame spook and alien stories.

The oddest thing is that the entire show seemed to change about three quarters of the way through its sixteen-episode run. They clearly gave up on the case-of-the-week thing and tried to turn the show into a cheap rendition of The Office. Like a truly horrendous version of it. Bringing in Kevin Dunn as the lame Michael Scott knock-off and trying to involve the other office characters in the plots. It wasn’t until I read afterwards that I learned this was an intentional “re-tool” lead by none other than Toby Flenderson himself, Paul Lieberstein. It was an out-and-out failure. Any continuity that existed was smashed, of course. And anyone with a brain could see the transparent attempt at the “re-tool” as the narrative structure of the series completely changed and made things more awkward than good. It’s just… bad. The weirdest thing of all is the last and final episode that is clearly completely out of order. I watched it and thought maybe someone had slipped something into my coffee. I’m going to have to assume this was just some weird Fox thing where they decided to air it just to finish out that terrible contract?

Look, I’m happy this show didn’t ruin either of these dudes’ careers. In fact, I think it’s so fleeting, so half-assed that it probably made not a blip on anyone in Hollywood’s radar. Ghosted? Never heard of it. Unfortunately there have been a few more of these, uh, parody or tongue-in-cheek comedy series since. Most notably, the very similar Truth Seekers. Which was also pretty terrible and canceled after one inglorious season. And, to a lesser extent, the equally horrendous and canceled, God’s Favorite Idiot. I know they can’t all be What We Do In the Shadows, but it’s still disheartening to watch stuff that almost feels like the creators are daring us to change the channel.