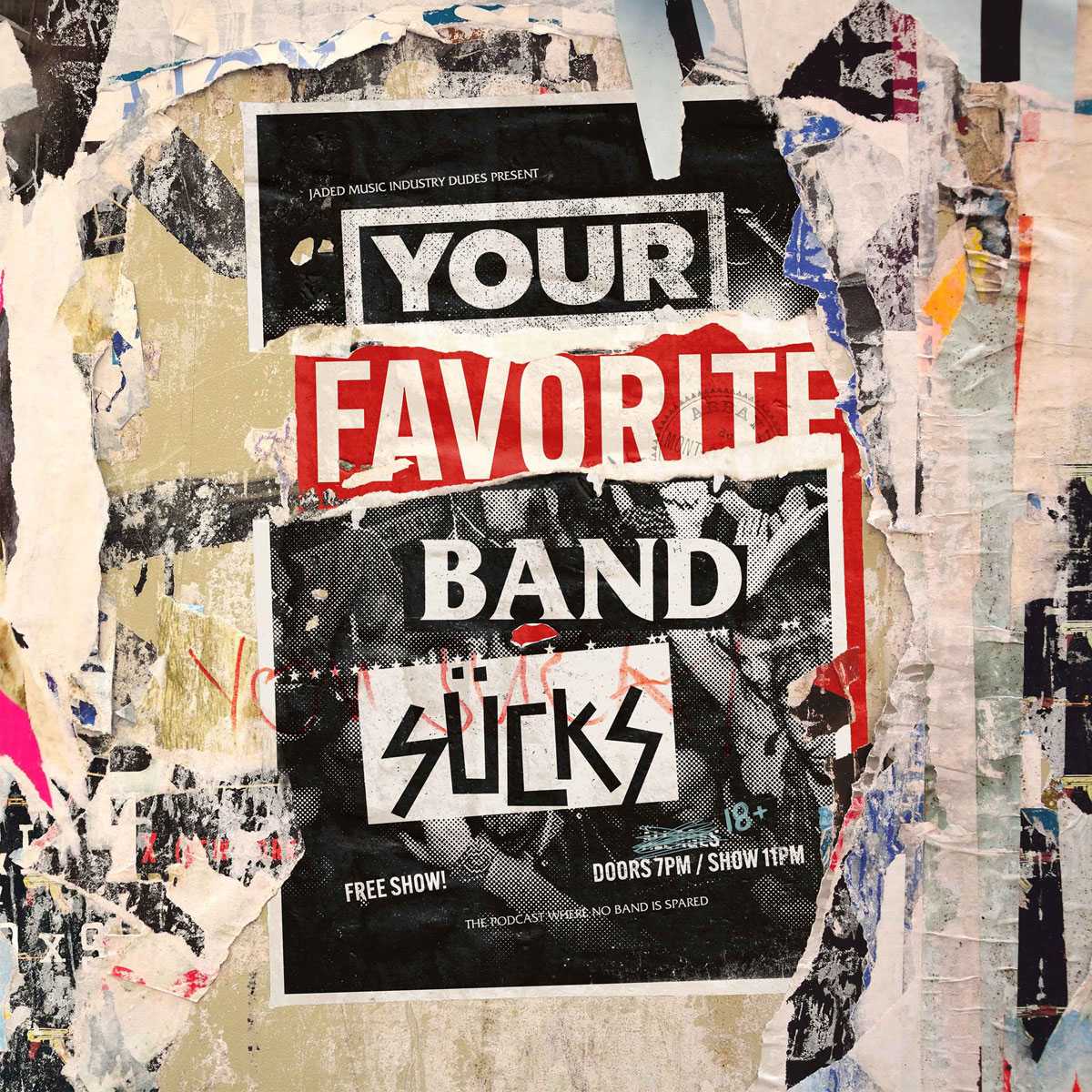 Ironically, if this is your favorite pod, you suck. It’s absolute trash. And, yes, I know it’s supposed to be “comedy,” but comedy is also supposed to be funny. Two bro-ey douchebags sitting around tearing apart bands they’ve clearly never listened to seems like not a great use of anyone’s time. Especially when those tear downs are pretty much the same from pod to pod. This dude sounds like a dying hyena. This song ripped off that song. These guys can’t play guitar to save their lives. Their hair and clothes are stupid. It’s the same shit over and over again, and absolutely none of it is informative or funny.

The issue is I think people listen to this thing and take it seriously. And, look, I am the first one to admit that some bands do indeed suck. And I’ve said as much on my stupid site. But I’m neither a professional, nor a person anyone wants and opinion from. So when I listen to these two knuckleheads argue in really bad faith about what sucks about a band, it hardly ever rings true. Because — I’m the first to admit — that there are legit arguments for sucking for just about any band. Even my favorites. But when you’re doing it in such an unfunny, disingenuous way, it comes off as assholery and not satire. Or whatever it is they’re going for here. Which, at the heart of it, is the biggest question. Why does this exist? Why would anyone in his right mind want to listen to a couple of nobodies talk about bands, which in a lot of cases they admit to not knowing much about. But maybe they look at a press photo and decide they don’t like a guy’s shirt and infer from there that their music must suck.

I skipped around listening to bands I enjoy to see what their take might be. But the final straw was their Strokes episode. I’m not certain if they ad-lib this stuff or actually plan shit, but their takes were not only bad, but just plain wrong. They got all sorts of details completely incorrect, and might as well have been doing a pod about a completely different band. It would be as if they handed me an episode of this pod to do on the Zac Brown Band and said “go.” Never having heard a drop of their music, I’d be like, “What’s with his stupid name? Were his parents idiots? Where’s the ‘k’ on the end of his name? Speaking of names, is it the Zac Brown Band or the Zac… Brown Band?” That’s the level of douchey commentary these guys put out there. I think they spent the vast majority of the 45 minutes talking about The Strokes’ jean jackets. It’s just if you’re going to do parody or satire, you have to be smart. Or the content has to be smart. And it ain’t. It’s just two drunk guys riffing like a couple of college radio dorks in the privacy of their Binghamton off-campus apartment thinking they’re just the coolest with their constant f-bombs and “dudes.” But they are not. They suck.