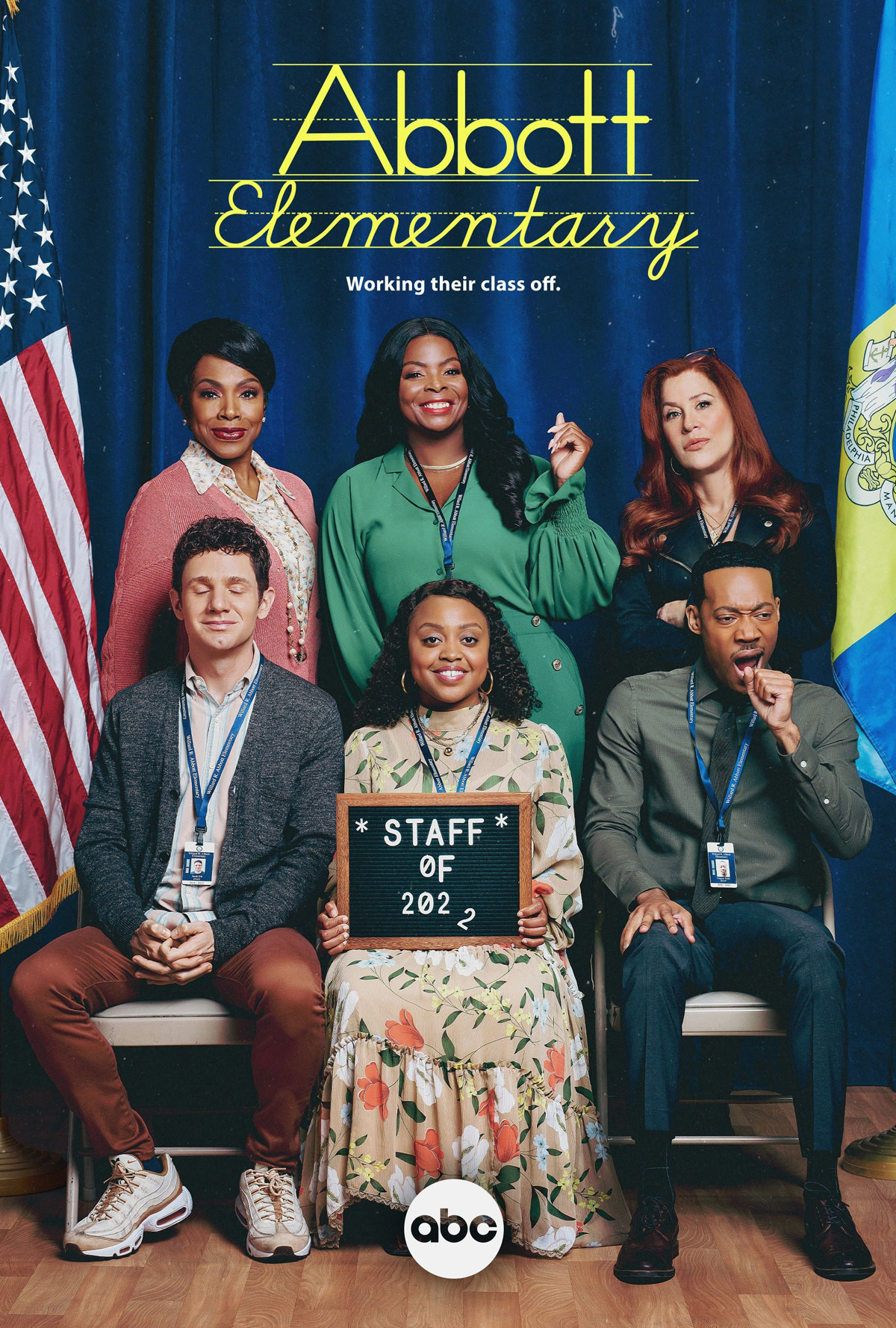 Workplace comedies are as old as time itself. Or network TV, at the very least. In my lifetime, I’ve seen soooo many. Starting with Cheers, I suppose. Or Night Court, if I’m going to reach way back in my memory banks. Or Taxi, if I’m going to really stretch. But there are endless numbers of them throughout time. And when they’re well done, they can be some of the best in the sitcom genre. But it does seem when there’s a specificity to the locale, it makes the jokes tighter, the characters more developed and the whole thing more of a thing. I spoke about that at length in my 30 Rock review, and how NYC was a big part of the show. To that end, Abbott Elementary is a very Philadelphia program. Which seems weird, I know. But if you live within a couple hours of Philly and have been there any number of times, you understand that it’s basically cooler Boston. A city with some inferiority complex things in terms of its relationship with its island neighbor to the North and a giant-ass chip on its shoulder. Remember, this is the city that booed Santa Claus. That’s Philly.

And, sure, this isn’t the first workplace sitcom set in Philly (there’s an entire show with Philadelphia right in the title that I think is in its 15th season), but there is something in the underdog, rough-around-the-edges nature of the city that permeates the entirety of the thing. The second piece here is the emotional underpinning and outlook of the series itself. I’ve honestly not seen but a couple episodes of It’s Always Sunny in Philadelphia, but it ain’t that. Nope, Abbott Elementary is an incredibly upbeat and positive show. It’s not even remotely mean-spirited, dark or cynical. Quite the opposite. Yet, it somehow feels way more realistic and emotionally connected than another “positive” workplace sitcom that it’s probably compared with in Parks and Recreation. Parks and Rec being a much less specific show set in a kind of faceless Midwest suburb, and one that would often try to put laughs in front of heart while both propping up its lead, Leslie Knope, and also painting her as kind of a psychotic mess. And, yes, there are certainly some elements of that show in Abbott Elementary, but they are night and day in terms of the diversity of their casts, the stories they ultimately want to tell and the resulting feelings we’re left with as an audience.

For lack of a better comparison, the Leslie Knope here is a teacher, Janine Teagues (Quinta Brunson). And like The Office, there is a documentary crew filming her and her co-workers for some sort of eventual pilot. It’s a trope, for sure, but you kind of forget that’s what’s going on until actors break the fourth wall to smirk or eyeroll. You also get the direct-to-camera interviews where characters can info dump and kind of let their inner monologs pour forth in a more natural way. Nobody wants stupid voiceover, amiright? The point is, Janine is the incredibly earnest new teacher in what seems like an unwinnable situation. Fighting an uphill battle to get her students a great education while her school is perpetually underfunded and her reasonably incompetent principal, Ava Coleman (Janelle James), is more interested in gaining followers on Instagram than she is running the school. The other teachers look at Janine as well-meaning and praise her for her effort, but understand that all the pushing in the world isn’t going to necessarily change the systemic situation at a school that serves a community that is has been underserved since schools started. That’s not to say any of them is jaded or has given up, but in their experience, they’ve figured out ways to make do and remain successful teachers despite the obstacles. And, honestly, I think that’s what separates this show from the others. It’s not only this one person working hard and trying to make a difference while the others fuck around, slack and generally don’t care about the workplace in which they find themselves. Each character here really does care about their school and its kids, but finds different ways to make it work. It’s just a way less cynical outlook.

Now, what you give up with this more heartfelt, real-life approach is the lols. It’s not that the show isn’t funny, but it isn’t the joke machine gun of a 30 Rock. Or the absurdist idiocy of a Brooklyn Nine-Nine. There are no characters on the show that don’t feel like real people. No characters on which to just pile one-liners or prat falls. The humor emanates from interpersonal relationships, including generational perspectives. You have the kids, who only know what they know and barely realize that they are traditionally underserved. Mainly because they have decent teachers who give them all they can. And then you have a group of millennial teachers, including Janine, the potential love interest and perennially stone-faced Gregory (Tyler James Williams), the nerdy white awkward dude, Jacob (Chris Perfetti), and the aforementioned principal, Ava. It’s set off by the two experienced and opinionated teachers in stern mother-figure, Barbara (Sheryl Lee Ralph), and Philly wise-guy stand-in in Melissa (Lisa Ann Walter). Once again, Gen X is completely ignored in this scenario, but we’re kind of used to that. Point is, we can see these groupings of perspectives and the varying degrees of earnestness and altruism blending with the road-tested realism of the older generation who have lived this life for decades and know how to wend their way through the system in a way that doesn’t give in to cynicism, but keeps it real. All in the service of the kids, who are kind of kept blissfully unaware that all of this is going on in the background.

I suppose if there is a foil, though, it would be Ava. Like Michael Scott, she’s ostensibly the leader, but her approach sometimes or mostly works against the end goal. Or counter to the focus on the kids that all the other characters exhibit. She is certainly the most cartoonish of all the characters, less grounded than the others. But she is also from where most of the laughs generate. Janelle James is terrific and is super-funny. Her high-energy, always hustling character certainly contrasts with the more low-key approach of the others. Especially the Gregory character, who, like Jim in The Office, seems to kind of live a little outside the narrative itself. Like he occasionally has omniscient powers where he realizes what’s what when the other characters are penned in by the script. Or maybe he’s just the new guy who hasn’t yet gotten sucked into the nonsense. Whatever the case, Williams plays a great straight man and has a face that speaks volumes. Anyway, Abbott Elementary is a more subtle watch than some others in its genre, but in that it respects its characters and its goal more than most or all. It’s really a smart show, and one that I hope can live on to help represent TV viewing that has itself grown cynical in recent years.