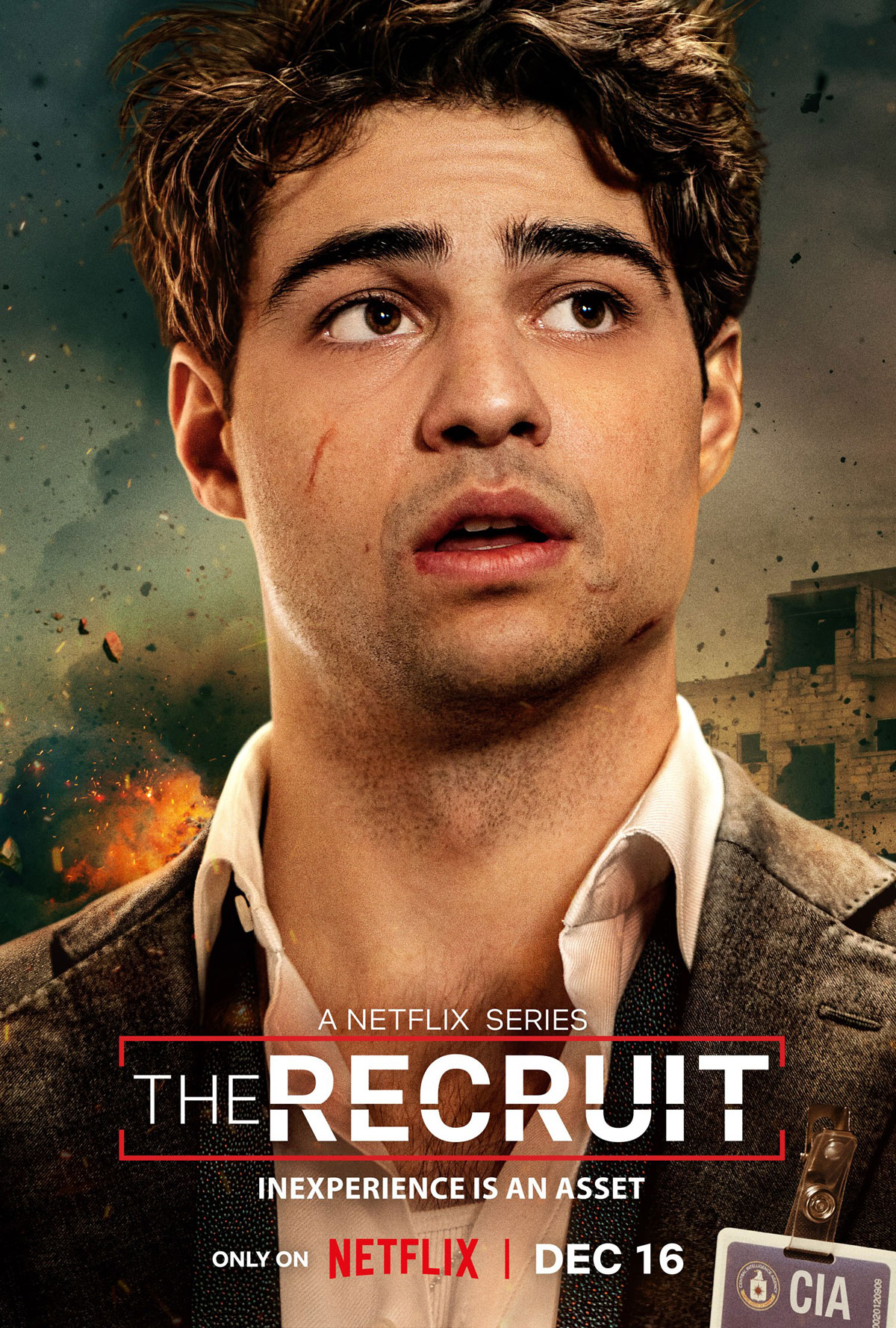 Look, man, it can’t all be Mad Men. Sometimes you just want some silly shit that you know is going to be silly shit. Not like network sitcom silly, but like ABC spy show silly, but hopefully with more cussing, nudity and violence. Not CBS silly, mind you. Because we still have standards. In all honesty, I thought I’d watch fifteen minutes of The Recruit, and after deciding if it was a hard pass or a background watch, I’d either turn it off, or just let it roll while doing work or folding laundry or whatever else us modern people do in our modern times. After all, how good could a show with the incredibly lame title, The Recruit, be?

Welp, it turns out that all it takes to turn a silly show into a watchable silly show is a charismatic lead actor and some explosions. As luck would have it, this Noah Centineo guy is pretty compelling. I can’t say I’ve ever seen him before, but he seems like a perfect fit for the brash and cocky, but in-over-his-head CIA-lawyer-turned-internaitonal-spy, Owen Hendricks. His performance… crackles? I know that’s not a real word to describe this type of thing, but there’s an energy and comedic timing that he brings to the role that is incredibly likable. It’s so likable, in fact, that it’s actually confusing when the writers try the old “Am I a good person?” thing on for size with him. You know, the 2020s “serious” question that all white dudes forced into life-or-death situations have to ask of themselves to others in their orbit. Usually the answer is a teary “Of course!” But in this case his best friend, ex-girlfriend, current roommate and sounding board, Hannah (Fivel Stewart), doesn’t let him off that easy. Thing is, of all the dudes I’ve heard ask this question in TV and films of late, it seems Owen is least deserving of the tongue-lashing he gets. The dude just seems hard-working, ambitious, dedicated and brave. Which I guess for these Zoomers is a bad thing?

My Gen-X biases aside, the show actually does a decent job of developing its characters while also making exciting television. Owen is a new CIA lawyer. As the lowest guy on the ladder, he’s put on what amounts to scut duty sorting through citizen letters that essentially threaten to divulge secret info unless the CIA does something for them. Mostly crackpots, weirdos and malcontents. But he runs into a letter that seems legit, investigates it and is led to an Eastern Block woman in prison in Arizona, Max Meladze (Laura Haddock), who claims to be a former CIA informant with info that could blow some shit up. Through research, on-the-ground spy stuff and whatnot he realizes her claims are true and essentially gets entangled in some serious espionage and international intrigue. Now… they give Haddock’s Max character one of those short-banged haircuts that seemingly all Russian-type lady spies always have. Like every tough chick with that haircut, tattoos, tank-tops and a penchant for violence in every movie ever. She sticks out like a sore thumb that way. She might as well have “dangerous Russian killer” spray painted across her chest. Owen, on the other hand, kinda looks like a movie star playing a CIA lawyer playing spy. The ladies notice him, which, again, seems to be against the whole blending in thing. But what do I know?

This is all whatever when it comes down to it, though. Owen goes deeper and deeper into this case, involving himself with Max, getting tangled up in internal Agency politics and angering some people who love guns and using them on people. There’s a running gag that he keeps ruining his suits. Yet he continues to put on new ones, knowing that he may have blood splattered on it, be asked to strip by some Russian mobsters, jump into a river to avoid being shot or tear the crap out of the thing in a car wreck. Because he’s a professional, dammit. The nice thing is that the show doesn’t ever take itself too seriously. It’s not as if it doesn’t care about the twists and turns and the plotting and the dialogue and all that — because it certainly seems to — but even when he’s having his fingernails pulled out or is in serious danger of being murdered, we don’t go too dark. And maybe that’s why his whole “Am I good man?” question never seems like a deeply serious one. I mean, I think the character thinks it’s serious. But his friends are more concerned than turned off or ready to abandon him because of his impulsive behavior. The same behavior that probably makes him a decent lawyer and a better spy. Ad-libbing is a skill, after all.

Look, The Recruit probably won’t make anyone’s end-of-year list. And, heck, I have no idea if it’s even popular on the Netflix service. But when it comes to flat-out fun and a breezy time, I couldn’t be happier with my choice. It could help that a serious pro like Doug Liman was involved, directing the first two episodes. That’s a real coup. And the energy of a lead character who is supposed to be 24 brings to the role, rather than the typical end-of-career-one-last-run dude is refreshing. Watching him figure out his life and job at the same time. Getting excited over a fake identity. Drinking White Claw and dancing like an idiot. Managing this stuff all as a young person who is not 100% formed yet. It’s subtle, but great. And I think the balance of comedy, action and even a dose of New Girl energy between the roommates made for a fun and entertaining romp. Yes, romp.