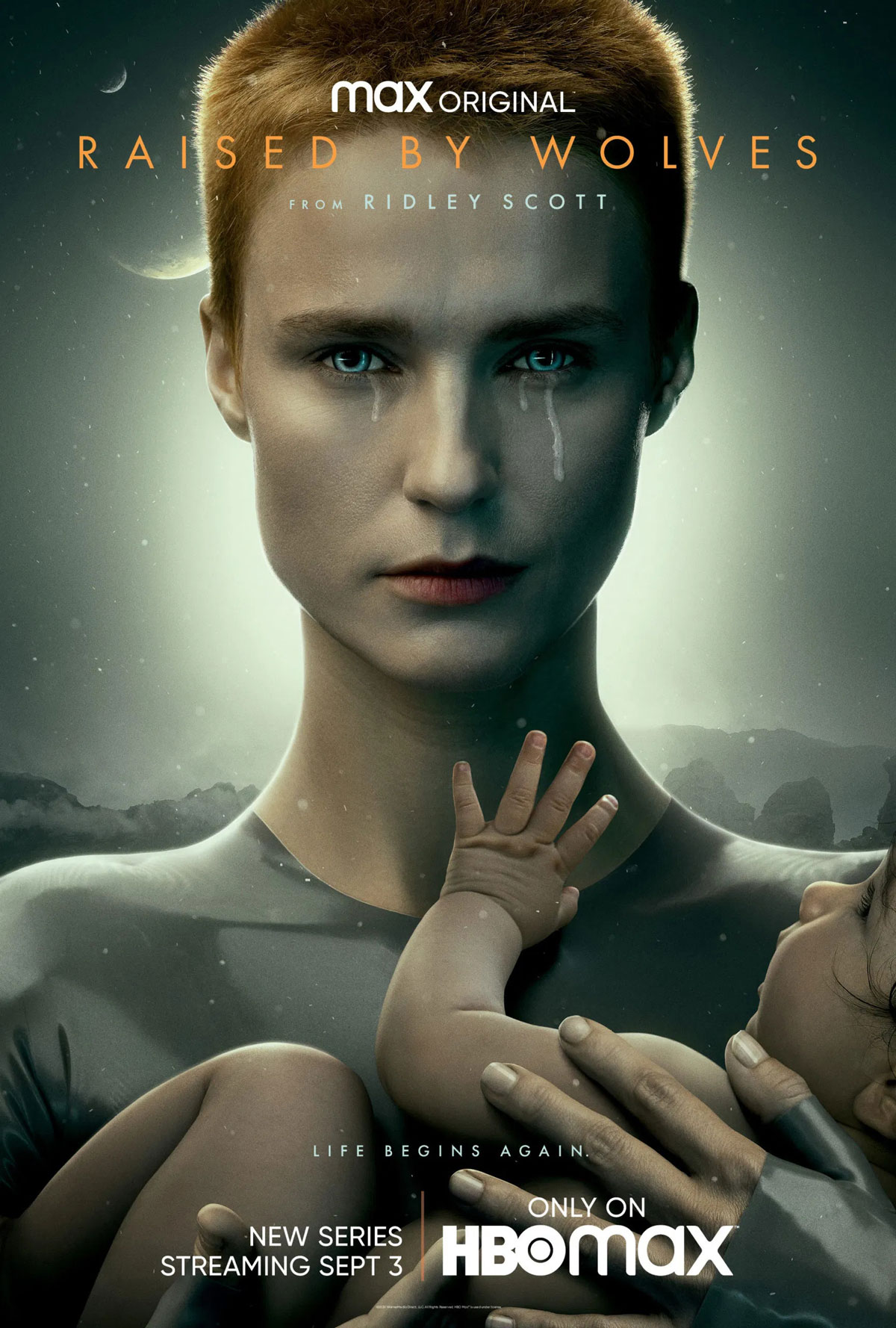 Every time I went to fire up Raised by Wolves, I forgot that this was an HBO property. Or HBO Max, I guess. It seemed like it should be on Starz or Syfy or, at best, Prime Video. The quality is… suspect. The acting is… pretty terrible. The story is… convoluted, confusing and mostly asinine. Frankly, I don’t really understand the point of the whole thing. And maybe as an older person now, I just don’t dig on “hard” sci-fi. You know, the stuff that involves foreign planets, space ships, androids, aliens and made-up, nonsensical names for peoples and things. Raised by Wolves has it all. And maybe if you’re into that, and can ignore all the acting that belongs more on a show like Vikings than it does something put out by a premium network, you will enjoy all the computers versus humans and atheism versus godliness stuff that seems like it was written in like Italian or Swedish and translated into English. If you know what I’m saying.

Where do we start? Well, there are two robots called “Mother” and “Father.” We find them on a distant planet, Kepler-22b, with a half dozen human embryos that they are given to raise as their own. Reason being, the Earth has been ravaged by a war between a bunch of religious zealots, the Mithraic, and war-mongering atheists. I think. Honestly, that whole apocalypse makes next to no sense. You’re telling me some weird edge cult/religion took over the entire planet to the point that it caused a global catastrophe? Like all the thousands of religions around the world all of a sudden ceased to exist and became Mithraic or something? I could see this happening in a region or small country or something, but this is portrayed as world-ending. It’s stupid. Anyway, the atheists employ these androids for all sorts of purposes. Including the “Mother” robot, who is not actually a service model like “Father,” but a converted flying murder bot whose screams make people explode. It’s pretty wild. But, don’t worry, when she switches out her eyeballs (putting the spares in her mouth), she’s just a harmless domestic. Yay!

Ultimately the Mithraic also make their way to Kepler-22b in an “ark” with the people chosen on Earth presumably as the most pious. Or the most willing to be dickish murderers. It’s unclear what exactly gets you a ticket. Anyhow, we’ll just tell you that not all of them make it. So it’s down to a small-ish group of religious weirdos and the Mother bot and her partner the Father bot and just one of the surviving embryos, who is now a full-blown boy named, stupidly, Campion. Who hates whom and who exactly survives to join the people on the planet is unclear and ever-shifting. I’m pretty sure the show just invents an entire large group of people on the planet out of whole cloth in the second season. A people who are led by what amounts to a HAL 9000. It’s beyond dumb. It was a little like Lost when we got the “Oh, did we not mention there were these other people on the island the whole time?”

Along with these other people, there are the wandering Mithraic and their increasingly volatile and terrible-acting mulleted leader played by none other than Vikings’ Travis Fimmel. And, of course, our robot friends, some humanoid creatures, some sea creatures and a giant floating snake/lamprey thing that Mother apparently gave birth to. I swear I thought its birth was a fever dream or some sort of symbology, but, no, it’s supposed to be some sort of bizarre organic/mech hybrid flying creature that at first seems like maybe it’s just going to be a giant goofy pet, but then starts shooting lightning and just fucking stuff up. It’s absurd.

The show really focuses on Mother (Amanda Collin), whose relationship with her original charge and some other wards that become hers after she totally straight murders their parents is just plain weird. I suppose if a robot explodes your mom and you have no other choice, you might bond with her. But, honestly, I don’t know how they’re not all freaked out by the fact she was built to absolutely decimate human beings. And, sure, she’s an android and not really built to be sensitive, but she certainly leans into that whole Pinocchio trope. Hint: you’re not a good parent, nor a “real boy” when you can just switch out your eyeballs and destroy an entire community of people with your sonic scream weapon. Not a good look when you’re trying to wrestle with your “feelings” as an AI. Nah, you’re a straight psycho and everyone should get away. Mama wolf or whatever.

Anyway, you get the idea. There’s some seriously stilted dialogue. There is an ever-shifting set of facts and motivations. Everything just feels like a group of people relying on the fact this is hard sci-fi with a dash of religion and it’s just best not to question. Which just doesn’t make for a particularly enjoyable viewing experience when you’re constantly wondering aloud who people are, which team they’re on and why the dude from the 2002 Times Square Calvin Klein underwear billboard is getting lead roles in television shows. I mostly just found myself confounded and/or mystified by the oddness of the show. Like I mentioned above, it felt both too cheap for HBO and too scattershot to be American. Seriously, have you ever watched some of those European shows? Dreadful production quality and even worse scriptwriting. This had both. Even with its association with Ridley Scott, who directed the first two episodes and is an exec producer on the show. The man has made a shitton of stuff, and while some of it is amazing, a lot of it is kind of garbage. This show clearly borrowed quite a bit from Scott’s Prometheus, a film I didn’t like and suffers from a lot of the same confusion that this series does.

As I’m finishing this thing up, reports are just crossing the wire that the show has been canceled and won’t see a third season. Unless Syfy decides to get into the Ridley Scott business. Although I don’t imagine that move would somehow make the “futuristic” military tanks look less like something made on an Amiga 4000. Or the clunky props less like prison art projects. I did feel a little bad for the Mother and Father actors having to be dressed on those skin-tight silver body suits the whole show. But, hey, you volunteer to play an android, you ain’t in it for the free wardrobe. Shame we’ll never know now what happens after the shocking cliffhanger of season two. But, not really.