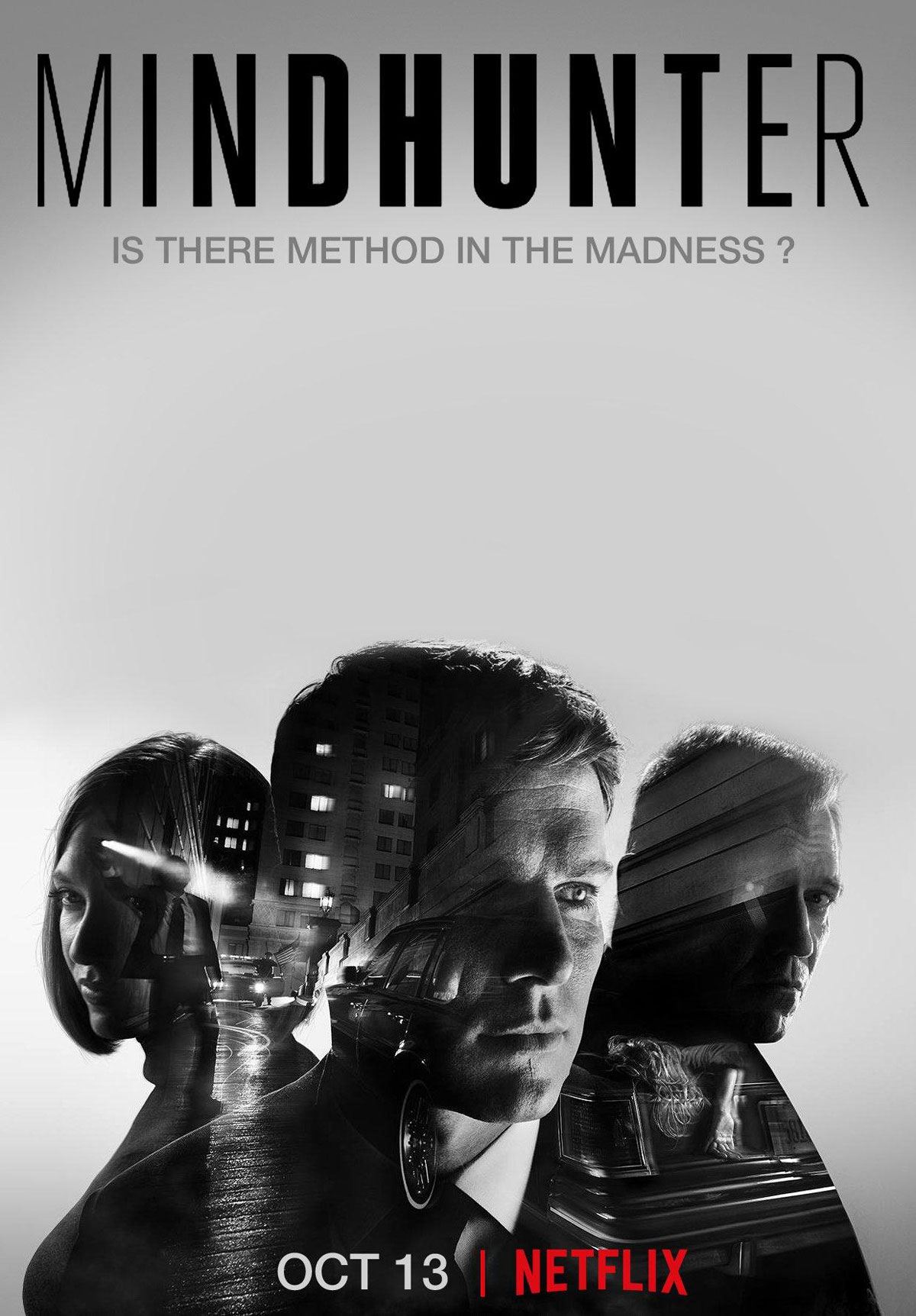 I’m not gonna lie, Mindhunter started off rough. So rough that Ms. Hipster bailed after episode one. The dialog felt stilted and the performances completely wooden. I found myself making excuses for the stiff acting and weird chemistry between Jonathan Groff (Holden) and Hannah Gross (Debbie). Is Holden is supposed to be autistic? Maybe the actor just made a strange choices? At least I could excuse that as something. But I had, and continued to have, no possible explanation about what was going on with Gross. My only conclusion had to be that she can’t act and was ruining what would hopefully turn into an interesting show.

So, after shedding Ms Hipster, I soldiered on. And, to my delight, the show got better. Though every time we came back to Holden’s domestic life with Debbie, I almost wanted to fast forward. Gross’ acting is that off-putting and seemingly terrible. But, what do I know? I mean, I was Burt in Mary Poppins in a second grade play, “acted” in a total of one Sears commercial, took one class at the HB Studio in NYC and have one random-ass entry on IMDB. So I’m not like an aficionado or anything, but I think my resume speaks for itself. Outside of the relationship stuff, the show is kind of one part procedural and one part psychological and historical study about the mind of the serial killer and the men of the FBI who came up with the techniques to not only get to the bottom of who committed a crime, but trying to understand the criminal mind in order to prevent new ones. Basically the beginnings of psychological, forensic profiling.

The set up is not unusual. There’s the bureaucracy. Namely the FBI and their approach to law enforcement in 1977. They’re called in after a crime is committed and they use their evidence-based techniques to find out whodunnit. They take blood samples, interview witnesses, connect timelines. All the same stuff a local detective might do, but with more resources, and presumably more experience, at their disposal. But along comes this upstart, young agent who doesn’t seem to have an overwhelming interest in the subject (he’s originally a hostage negotiator), but in his hostage training methodologies starts to employ more techniques that get into the psyche of the hostage taker rather than the typical FBI training of physical takedowns and sharpshooting. Noticed by some managers, he is eventually paired with the gruff, older loner agent, Bill Tench (Holt McCallany), on a two-man training unit that goes around talking to local police forces about advanced FBI techniques. It is during these travels that Holden’s interest in serial killers comes out — mainly because they happened to be in CA near some maximum-security prisons that held some famous murderers. They visit the first one in prison and interview him about his crimes. They eventually bring in psychology professor, Wendy Carr (Anna Torv), as a consultant to bounce their theories off of her. Holden becomes obsessed, but his somewhat emotionless personality doesn’t seem to be affected by the reprehensible things they talk to the killers about. Tench is skeptical at first, but grows both enamored and almost frightened by Holden’s tenacity and obsession with the pursuit of learning about the murderers’ habits.

First, Bill Tench is supposed to be 44. Yes, he chain smokes cigarettes in every frame of every episode, but McCallany is a good decade older than that. It’s a glaring error, but we’ll forgive it. His scenes with Groff are much better than those with Holden’s girlfriend. They have oodles of chemistry, but there is still some seriously stilted dialogue that they have to fight through, but both actors manage to be a tad more natural when they’re just riffing while driving from gig to gig. There’s an obvious father/son dynamic going on there, which the writers kind of beat of the over head later on when we find out Tench’s actual young son is non-verbal. Second, the best actor of the whole bunch turns out to be Fringe’s Anna Torv. She somehow navigates the series’ play-like lines with a much more natural flow than the rest of the main crew. Her character’s motivations are actually deeper and more interesting than the men’s as well. She’s clearly a complicated character that I imagine will be a big focus in season two, as she seems to have more and more solo scenes involving her personal life as the season moves along. The other funny thing is that nothing really happens in this show. We’re so used to the big reveal, or the kind of big secret looming in the background that comes down to a shootout or some sort of violent end, but this is a much quieter show. A much slower, much more cerebral show, in the end.

But even with the slowness and the relative lack of action, there are a few small procedural storylines that our guys must untangle that more often than not end up in the whole Perry Mason or Ironside or Scooby-Doo ending where Holden quickly gets inside perpetrator’s head and the person just ends up breaking down and confessing to everything. I understand they’re trying to show us that he’s applying the techniques he’s developing after talking to these killers, but it’s way too tidy and kind of gives you the idea his techniques are the plug-and-play silver bullet that is going to change everything. But we all know that ain’t the case. And yet, I remained interested. But, I have always had a fascination with forensic psychology and profiling and even went over to John Jay College of Criminal Justice to check out their masters program before realizing my TRF Production and Cinema Studies minor would require me to take what amounted to an entire slate of undergraduate psychology courses. My intrigue was based on watching way too many tv shows about serial killers and reading John Douglas’ — the FBI agent and Mindhunter author on which the Holden character is based — non-fiction book, Journey Into Darkness. Thing is, this show clearly positions itself as the thinking-man’s Criminal Minds, but, even with the nice David Fincher sheen, it comes off as a bit of an esoteric stage play of the real thing. Read Douglas’ books. Watch a documentary on this stuff. It’s bound to ultimately be a more satisfying experience than what season one gives us.