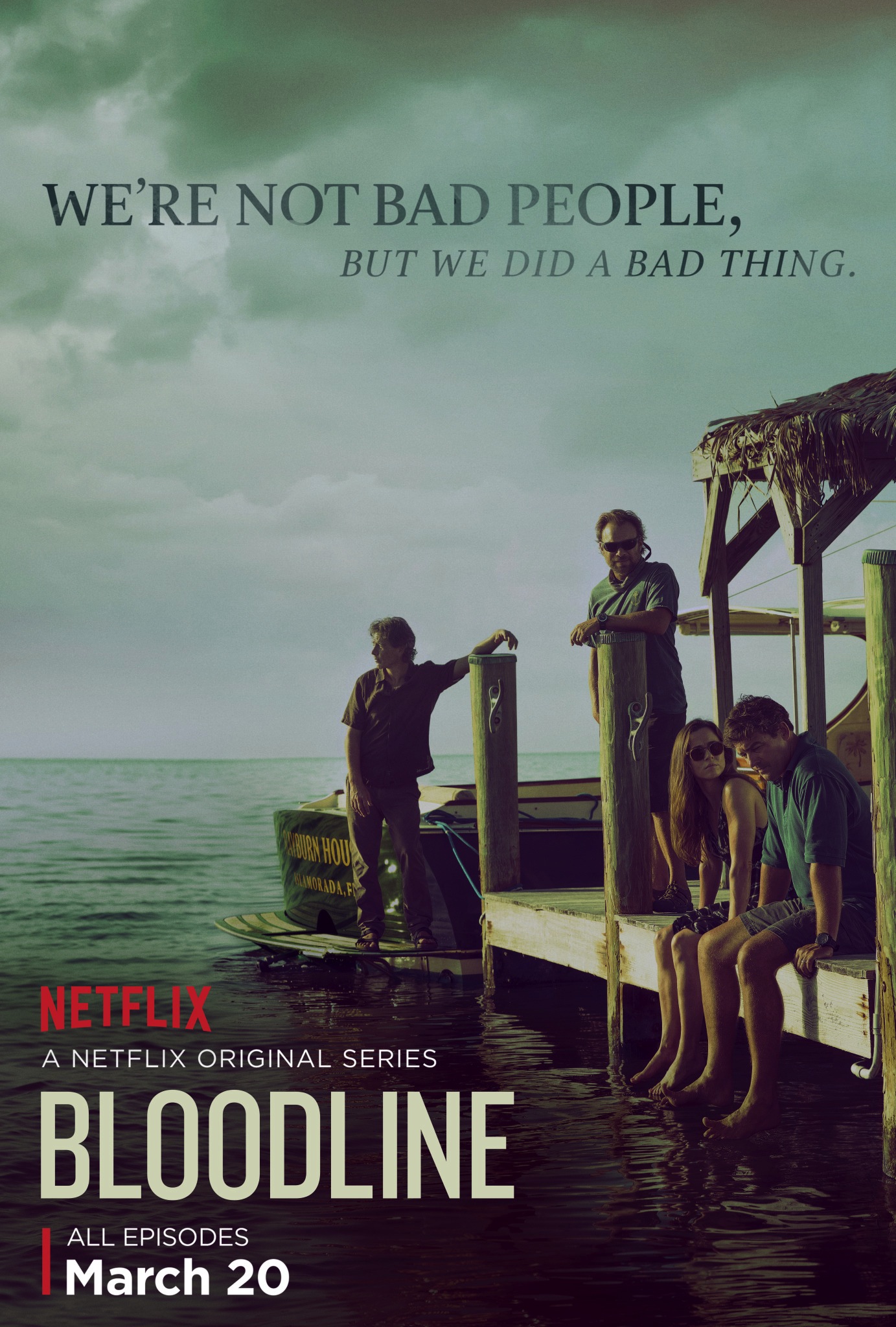 I’ve never been a fan of the Florida Keys ever since I was almost swallowed by the sea whilst driving in a huge storm on one of their stupid roads. The beach is non-existent and that giant Hawaiian-shirted douche, Jimmy Buffett, started his horrible empire right there in town. Plus the humidity is horrible and I had to attend two of the four funerals I’ve ever attended in that godforsaken state. Every episode of COPS should take take place in Florida — at least the 5% or so of them that don’t already. It was bad enough suffering through an almost unwatchable season of American Horror Story set in Florida, now I was subjecting myself to 13 episodes of more of the same. Though these freaks were a little more subtle in their freakishness.

I was also not a devotee of star Kyle Chandler’s Friday Night Lights, despite being told a million times by half a million people that it was awesome. I also don’t watch The Good Wife, even though people besides my CBS-loving parents, including some trusted critics, have also extolled its virtues. Some things are just not my thing. I do know that this was kind of Chandler’s show to blow, though. And I was determined to make it my thing.

It started out a bit rough. The set up was slow in coming, as we are introduced to the whole Rayburn clan. The parents, who run a very successful boutique resort, the brother who runs the boats, the sister who’s an attorney and the other brother, Chandler, the sherif. Of course he is. Apparently this family is known throughout the Keys as an upstanding brood and as close to royalty as these shoeless rubes get. But, of course, behind every dynasty lurks skeletons and darkness. They are no exception. We eventually see the oldest brother, Danny, who apparently has had issues coping with life. He enters the picture and things start going haywire. We then learn there was yet another sibling who drowned when she was a child and while in the care of the aforementioned Danny. That’ll fuck a man up. And an entire family, really.

The season unravels as a family drama set in the past and carrying through to the present unfolds. Mendelson, playing Danny, really steals the show. He has the juicy part, whereas Chandler and Cardellini mainly play the straight men. Things really sizzle when he’s on screen, as does Norbert Leo Butz, who plays the youngest, Kevin (seriously, what’s up with that name), who seems about one step away from the edge as well. There is not a single scene in the entire run where someone in the frame doesn’t have a drink in his or her hand. Beer, wine, hard liquor. Whatever. Without exaggeration, there is always booze present. And when Danny is present, that is coupled with a cigarette. That poor actor must have smoked 2000 cigarettes during the filming of this thing. But he’s great. Like really strong. Kevin, too, is just a perfect youngest brother, full of shit and full of angst and an earnest mess of a drunkard.

As the plot proceeds, we find out about more and more family secrets and cover-ups. There is really one central, giant secret, though, which most of the family is aware of, save the one the secret affects the most, Danny. And as the past starts to dawn on him and he realizes why he’s always been the outcast and the black sheep, he suddenly turns into a Machiavellian John Malkovich-type, manipulating everyone as he pursues his own agenda. So much for family.

The show kind of shifts gears when Danny decides he’s just going out for himself, as the family drama backgrounds and the show becomes a mystery that becomes a sort of thriller. Though more of a slow-burn, warm-weather thriller. I think they were going for the noir thing to some extent, but there was never the weight one looks for in those stories. The gravity of the family’s betrayal and Danny’s subsequent rebellion never quite felt dark enough in that light-filled place to elicit gasps or even a more visceral reaction to the goings on. It’s almost as if we, as the viewers, were left in this ambiguous place where we didn’t know what the end game was. Like why we should care if this family falls apart? Because that’s really what’s at stake here. There could have easily been some sort of family detente that would have stopped all the shenanigans and all that would have happened is a guy who belonged in jail probably would have gone to jail and the family homestead might have been threatened. Nobody would have died. Nobody besides Danny would have served any jail time. The stakes just aren’t that high.

I’m also not sure this thing needed to be 13 episodes. Eight would have been just fine. The pacing was slow and repetitive at times and we could have easily lost a couple characters and some of the side plots, especially the one with Cardellini’s affair. That whole thing was just tiresome. There was also voiceover provided by Chandler that really didn’t need to be there. It’s a noir-ish thing to do, and we find out in the last episode who he’s actually talking to, but they seem only a quarter invested in its usage and not totally all in on the concept. So I say ditch it. That all said, I did enjoy getting to know some of the characters on the show despite the women (including Spacek and Sevigny) serving little to no purpose other than as seams to keep pieces of the family together and flesh out plot lines. In fact, Spacek seemed to be acting in a whole other show all together. Maybe that was just her character, but she was by far the lamest character. Maybe they should have dumped some pig’s blood on those dirty pillows…

I know I sound like I’m hating on the series, but there were parts that showed real potential, and I’m hoping when they drop another load of episodes on us next year that they’ve worked out all the kinks (and some of the really noticeable continuity errors) and come back stronger and more focused on a plot that really delivers on a decent start.