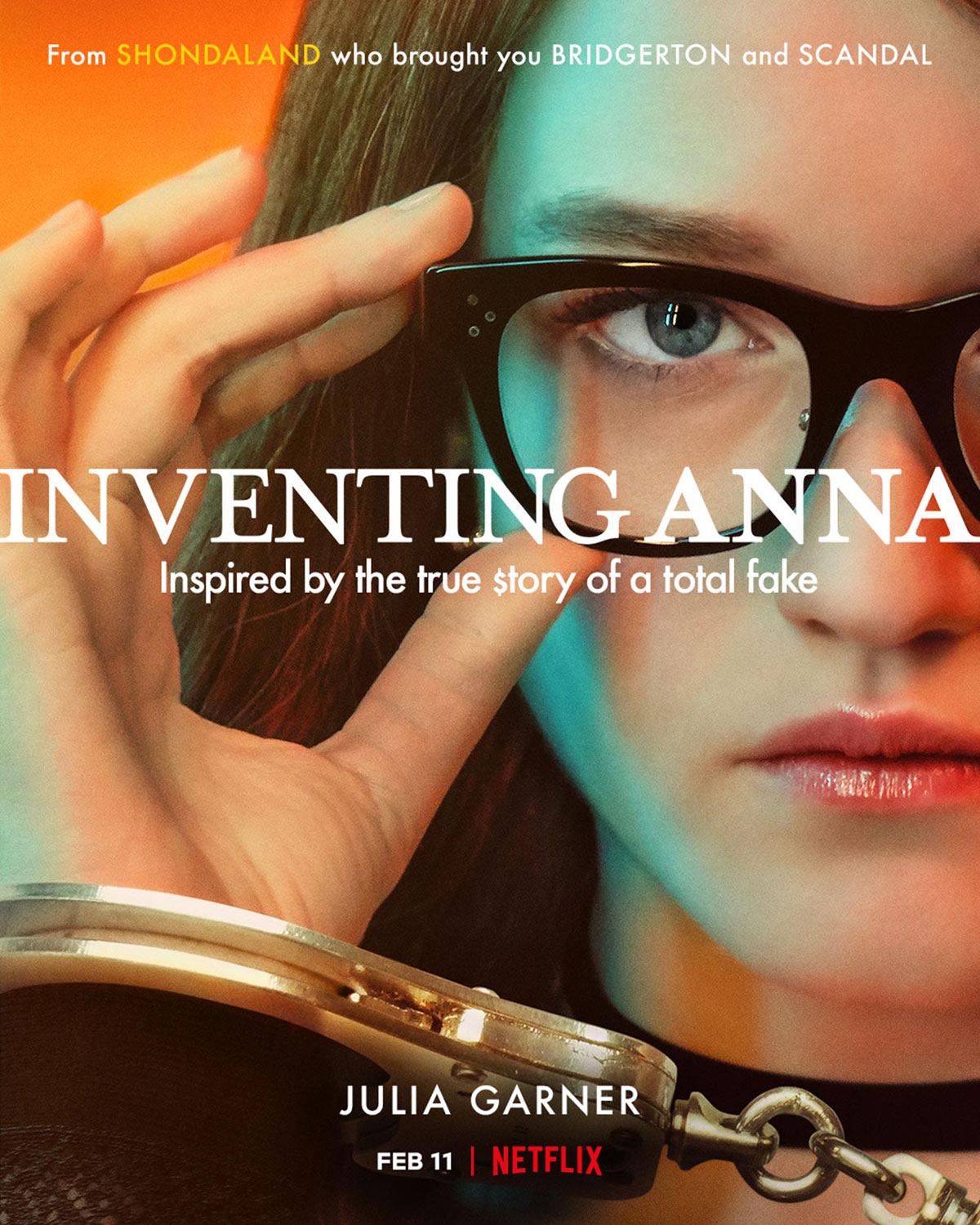 I have a lot of mixed feelings about Inventing Anna. Was it entertaining? For sure. Was it satisfying? Kind of, at times. Was it good? Probably not. From what I understand of Shonda Rhimes’ stuff, based on an extremely small sample size of one season of Scandal, this is kind of the formula. Make something shiny, stylized and sensational and just kind of keep pushing on the gas until the glare from it obscures the narrative, any kind of character development, and, ultimately, the point of the whole thing. Which, at the end of Inventing Anna, isn’t entirely clear. Despite the true story of Anna Sorokin being an incredibly compelling story about a conniving, grifting sociopath who fooled the power structure and social elite of NYC into believing she was something she wasn’t. Merely because the cool people have a severe fear of missing out and the money people have a severe fear that they’re not cool. Because, well, they’re not.

At its heart, the story is pretty standard. Mysterious vaguely European woman shows up in NYC, ingratiates herself with the city’s fashionistas and “it” crowd by wearing expensive clothes, throwing around money in all the right places and espousing a completely ridiculous idea about a “foundation” named after herself. A fake name, to make it even more silly: Anna Delvey. So, a foundation that is actually a social club created by a supposed German heiress, who is actually a low-class Russian. With the dumbest accent ever. Literally, an absurd accent that in no way sounds German, but for some reason was never questioned (except by one American guy who claimed to hear a little “Russki”). And in all her time in NYC, nobody actually from Germany was put on her to question her background? It would have been immediately obvious to any German that she was neither born in Germany, nor a native German speaker. Seems odd. Granted, that has nothing to do with the show per se. But the whole story is just basically about a bunch of people who get snowed by this woman because they essentially want to get snowed. There’s no other explanation.

The series itself is based on the New York magazine article entitled “How Anna Delvey Tricked New York’s Party People” by Jessica Pressler. Jessica, who plays a principle role in the series, but is renamed as Vivian Kent. I’m not sure why. Like why keep the Anna Delvey name, but change the author’s name while keeping her a central character? It’s really odd. Kent is played by Anna Chlumsky, who has found her niche as the neurotic, manic smart girl. Always put-upon, always rushing around, always exasperated by something someone is saying or doing to her. Her energy is a comic one, and she fits that role very well. Although the uncanny valley feeling of seeing her exact same face as a 40-year-old Vada from My Girl is always disconcerting.

Through flashbacks and Vivian’s various conversations with people from Anna’s past, we try to get a sense of who she is and why she becomes a weird, fake heiress. Because the Anna character herself (played by Julia Garner) only shows us artifice. In fact, that’s kind of her brand. That artifice prominently on display with that off-putting accent of hers. At first we thought Garner was just fucking it up; it sounds so absurd. But apparently that’s pretty much what she sounds like. It’s distracting, to be sure. A native Russian speaker who learned German as a teen and then learned English presumably sometime between then and turning 30. So it comes off as a mishmash of Swedish Chef, Hans and Franz and Dennis Hopper’s absolutely-the-worst Eastern Bloc accent on 24. Thing is, it doesn’t really feel like Rhimes and crew care about delving into this. Into the psyche of someone who is clearly a narcissistic sociopath. The investigation feels… cursory. Instead, they really focus on her spending sprees and the convoluted (read: confusing) attempt to get funding for her endeavor.

And this, honestly, is where it falls down. The energy is there. The actors really pop. Especially Alexis Floyd, who plays Neff, a ride-or-die new friend of Anna’s. The whole thing is kind of turned up to eleven. But in its cartoonishness and desire to reflect back on us the social-media-heavy artifice that we live in, the series itself became, ironically, a product of its own ambition. And, honestly, I’m not certain if it was more the attitude and flashy sheen that they applied to it, or the writers just kind of losing the string. Because the narrative just didn’t hang together. It was unclear from one point to another where Anna’s plans were in flight. Had her big plans already been derailed, or were we still on pace? Why were people still letting her live on credit? Why, if everyone seems to know something’s up, do people still vouch for her? It’s as if everyone is a moron. And I can’t believe that’s how this all went down. Even so, it doesn’t build and then crash the way you want or hope. So, there are moments of “drama,” but the third act just feels slippery and muddled and super-unsatisfying. Mainly because the story is told in this sort of out-of-order way where Anna is in prison and… well, maybe the editor didn’t get good notes from the director. Or, it feels more like the creators just didn’t care.

I do feel like if this story was handed to someone different it would have been told in a completely different way. Because it is a fascinating story with a really obvious message and conclusion. Which never really comes in this telling. Like, even up until the last minute, it was completely unclear to me if Anna’s friends, Anne’s lawyer (an awesome Arian Moayed) or Vivian even understood that Anna wasn’t, in fact, an heiress. Even after the show ended, I’m not certain anyone really understood that she wasn’t even German. The show just seemed more interested in making these breezy, little frivolous points than following through or tying off loose ends. There’s a whole thing, for instance, with Anna refusing to go into the courtroom without certain clothes. It goes back and forth and seems to be resolved, but then it’s unresolved again three scenes later. Again, the thing is just a mess in terms of understandable continuity. Shame, since the cast is really interesting. But it’s tough to tell what is essentially a true crime story when you’re attempting to not dig too deep into the details and instead focus on the artifice of the artifice.