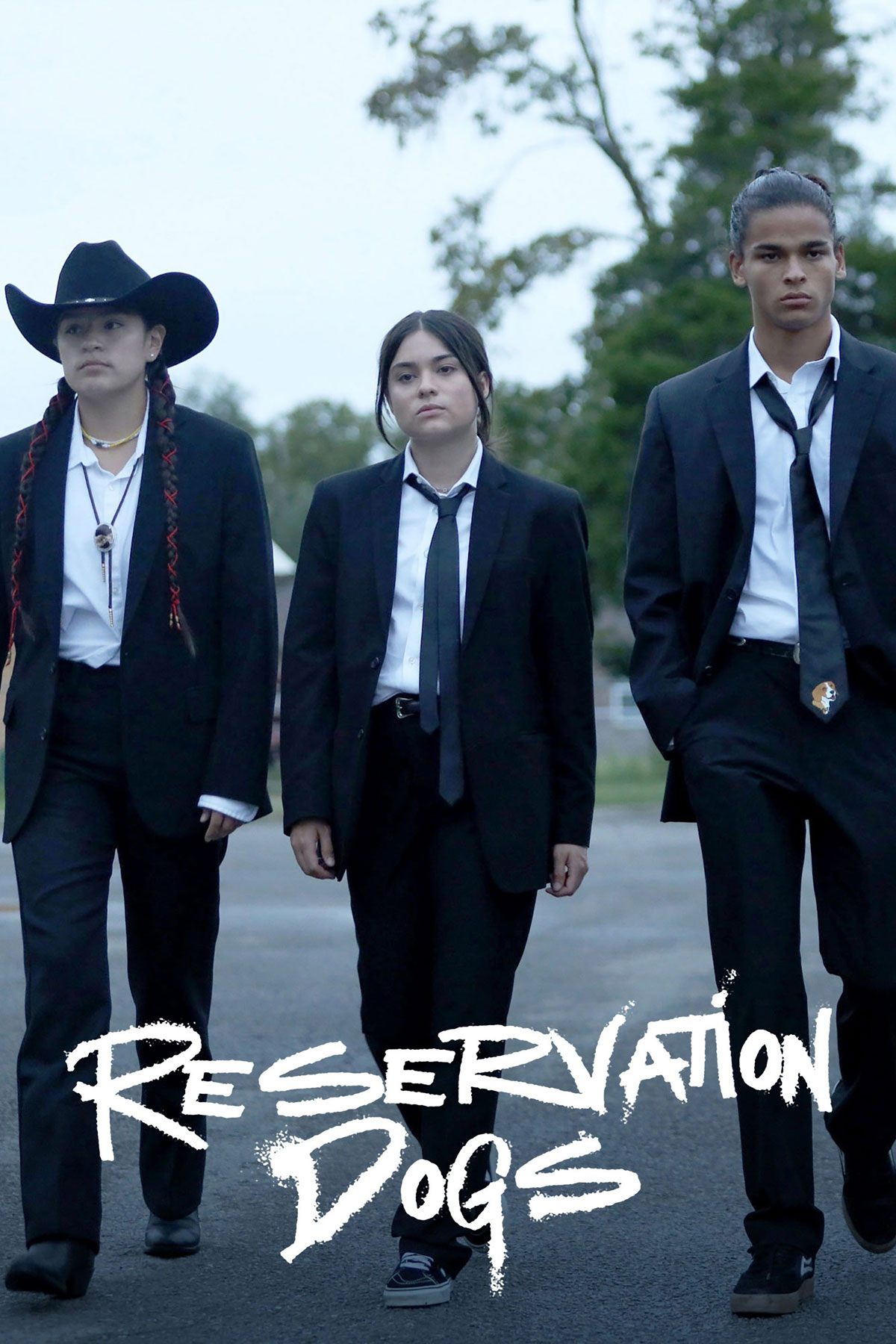 This is most definitely not a world I know much about or have seen represented anywhere else on television. So leave it to Taika Waititi to bring it to us. Waititi not being a stranger to the indigenous experience in his native New Zealand, but I believe Reservation Dogs is his first foray into the Native American story. The modern-day Native American experience as seen through the eyes of four young Indigenous teens in Oklahoma. Who fancy themselves characters from a Tarantino movie, not unlike any other group of teens anywhere.

While Waititi is one of the creators of the series, along with filmmaker Sterlin Harjo (an actual member of the Seminole Nation) he co-wrote only the pilot, but brings his trademark humor and ability to humanize young people to the table. And this is what makes the show special. This craft of taking what is a pretty dire situation on this rural Oklahoma reservation and seeing the humanity and even the humor/irony in the characters’ situations. It’s one of poverty, crime, underemployment, substance abuse, lack of resources, poor health care and just general hopelessness. But the writers and this small group of relatively unknown actors make you feel for them and understand both the desire to rise above their situation, but also the love for their community and each other. But also very funny.

There is so much talk about representation these days, but this show puts its money where its mouth is. It drops in on the lives of these four teenagers and shows us what idle time looks like. And what the reservation’s tolerance for petty crime — and some not-so-petty crime — looks like. The attitudes of the non-indigenous members of the society towards their Indigenous neighbors. All written and produced by an Indigenous crew. Which means that we’re hopefully getting the straight dope and not just some nod toward representation. Granted, this is a television show — a bittersweet comedy — so everything is couched in a knowing sense of societal irony and probably not as visceral as it might be if it were a drama or documentary on the sub-optimal conditions at which the show nods.

If you’re looking for another mystery box or whodunit, this ain’t going to be your thing. But if you love slice-of-life indie movies where you get to know your characters and see them live their lives while going on small adventures and managing their shit, this thing is perfect. The four main characters all get their equal attention, as we follow their stories, watch them interact with one another and gather enough cash to escape the reservation to move to the magical land of California. A state they seem to have very little info about. And despite pulling off some smaller crime — like stealing a chip truck — they have a sweetness and innocence to them that is infectious. You end up just wanting to hang out with these kids as they wander around the reservation interacting with diminutive twin rappers on lowrider bikes, weed-selling hermit uncles, awesome reservation cop, Big (Zahn McClarnon), and a cast of other amazing and funny characters (imagined and real) that come into and out of our protagonist’s lives. It’s a small community and it seems everyone knows everyone else’s business. It’s endearing and just develops this world that we want to spend time in, despite the main characters wanting to escape it.

I just loved this little series. It’s clever and funny and also emotional. I have no idea if people watched it, but do hope that it gets a wider audience when season two drops. It’s the perfect binge, so I hope people discover this little gem and catch up with the gang. I also hope it gives people the green light to tell these types of stories. These kind of stories that are grounded in the sad reality of these underfunded communities, but can also show us the wonderful mysticism, magic and personalities that inhabit them.