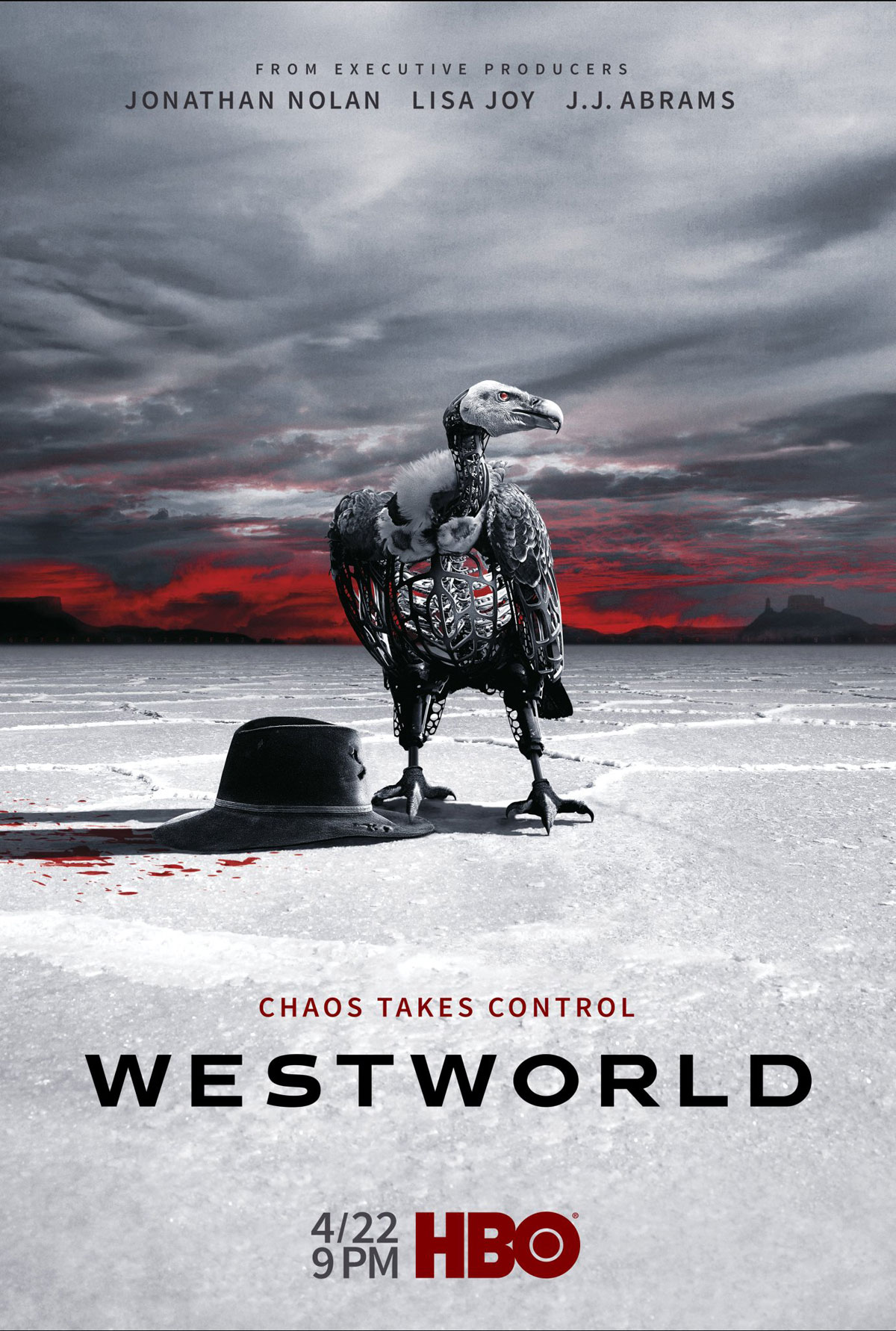 Westworld exposed itself in its second season to care not a lick about creating relatable characters. And that’s just fine. Bad guys talk like bad guys, robots talk in poetry and riddles, and the humans (or who we assumed were humans) are just dumb meat sacks. Season one ended with what amounts to a robot rebellion. All of the park’s hosts have either become sentient, or are being driven by some invisible force to kill off the park’s guests and staff and free themselves to, uh… Free themselves to live the rest of their days in a fake old west on an island off the coast of China (which is where the Internet says the Westworld park is located)? Honestly, who the hell knows.

With the robot rebellion, season two has moved into full conspiracy-theory mode. Every scene is filled with Easter eggs and clues and hints about what the hell is kind-of, sort-of going on. Why else sprinkle in Kurt Vonnegut book sightings, clear biblical references and other stuff that keeps anyone and everyone Googling their brains out. Apply all these puzzle pieces and red herrings (or which there are many) and you supposedly get the full picture of what’s actually going on — unless you follow the fake hints down a herring hole. The question is, are we supposed to care? The show’s writers expend a lot of effort trying to obscure characters’ motivations and movements by layering timelines and switching back and forth in time. The thing is, robots don’t age, so it’s practically impossible to tell when you are. And, as we find out in season one, basically anyone can be re-issued as a robot. So you never know if you’re looking at the original flesh-and-blood human, or a non-aging copy. This question of “is he or isn’t he?” is at the heart of season two, but with the show’s makers kind of setting the anything-can-be rule set, how are we really to know without doing our deep, deep research? Thing is, we don’t and we can’t. Nobody has that attention to detail in real time.

So is it the intention of the show’s creators that watching the show is only the first step in the experience? And that the post-reddit/podcast universe is the second, necessary deep dive in order to truly appreciate the show? It certainly seems that way. It’s certainly not for the dialogue. It’s not obviously for the characters. The actors are generally a plus, employing the likes of Jeffrey Wright and Ed Harris, but once you’ve seen their schtick, it’s mostly one-note. Thandie Newton really steals the show, and is seemingly the nascent hero of our tale, but even she is relegated to staring into space for a couple episodes. The giant machine they’ve built here is impressive, keeping all of these strands of story moving forward and tying into one another, but as with any kind of mystery show (even the likes of Mr. Robot), sometimes the best episodes are those that break from the main storyline and give us a bottle episode that focuses on a singular character and his or her journey. In this case, we have “Kiksuya,” which focused on the leader of Ghost Nation and his journey to consciousness. Mostly told in Lakota (with subtitles), it explains why we should care about these robots way better than all the episodes before and after it. There is little mystery, only storytelling. And then, next episode, we’re back in the mystery box. Which is fine, but sometimes the brain just needs a break from the churn. Look, it’s fun to read stuff after the show to see all the things I missed. I realize I’m not a very astute watcher of television, and this show just reinforces that fact. But even if I had as much time and concentration to put toward this thing as the professionals and semi-professionals on the Internet, I could never come up with the wacky, outlandish theories they do. It turns out only 30% or so of them are correct, but it’s fun to see what our measly human brains can come up with and the interpretations of things that the show’s creators didn’t even think of. That said, though, if you’re just looking to enjoy a narrative and not do the second-view thing, this probably won’t be your cup of tea. Because as just that, it’s not overly compelling.