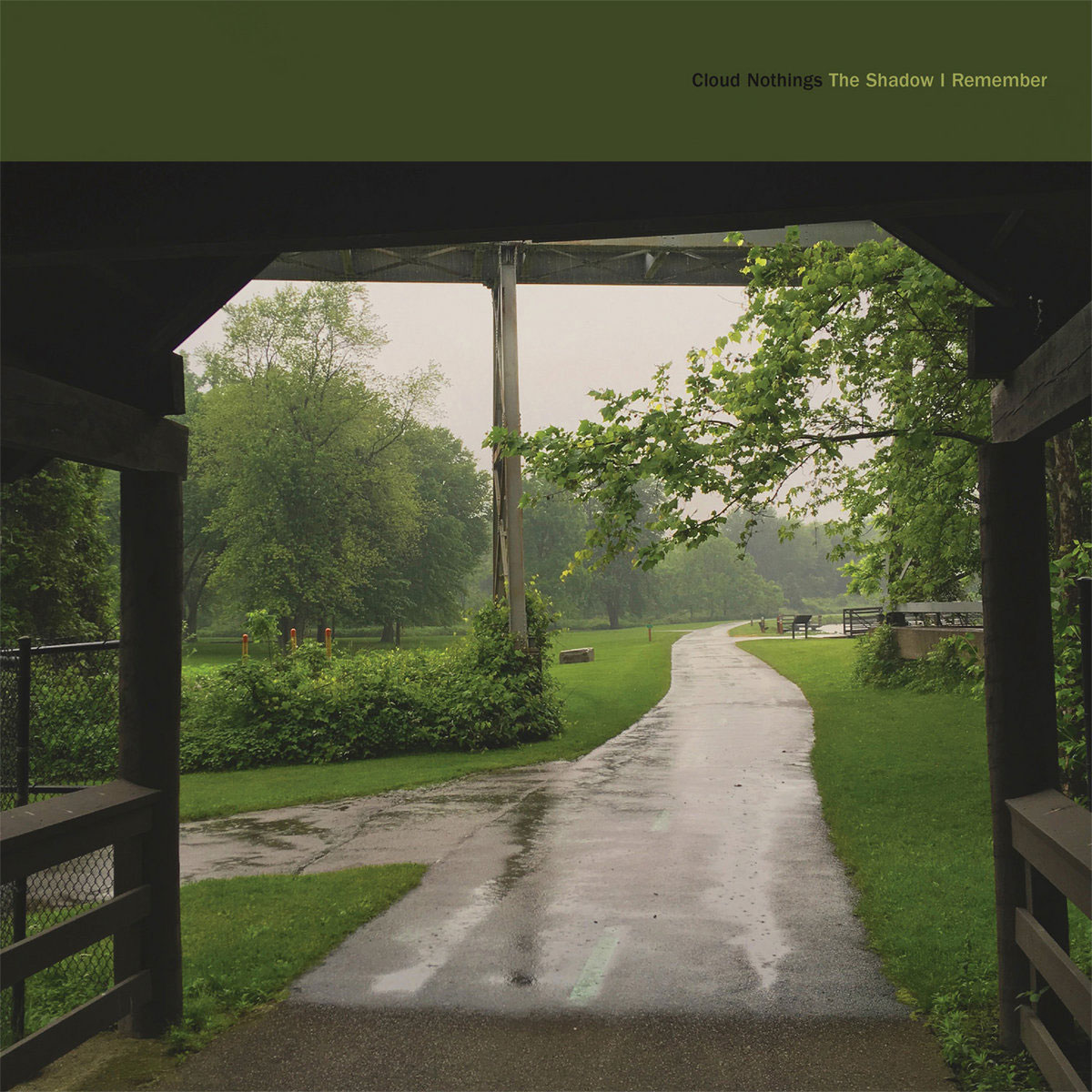 Cloud Nothings: The Shadow I Remember

I feel like there’s not enough hecticness in music today. Chaos? I’m not sure what the right word is, but it seems like twee has taken over the world. And maybe it’s the controlled production of Pro Tools or whatever the kids use, but then along comes a return to chaotic form by Cloud Nothings, and all hope in rock music is restored. Thanks, in part, to my on-again, off-again producer crush, Steve Albini.

Like 2012’s Attack on Memory, The Shadow I Remember takes advantage of Albini’s “live” sound to capture Cloud Nothings at their best. Because nothing saps energy like over-production. Instead they’re just allowed to bang away, warts and all. And, that, my friends is what rock ‘n’ roll should be. Imperfect and noisy and raw. The type of thing that isn’t always pleasant on the ear. The stuff that would make your mom steer into oncoming traffic. Music that you wouldn’t think would sit behind this innocuous cover with the covered bridge and the wandering lane.

And what is there is not what one would call melodic. After all, Dylan Baldi has what we in the industry might call a limited range. He’s not shouting or screaming or growling like Damian Abraham or anything, but as soon as he tries to break out of his middle range, his vocal chords shred uncomfortably. Making for more of a bark than a growl. He always seems to be reaching for notes and not even close to getting there. So he ends up sounding kind of nasal and limited. But unique. So it’s kind of nice when he adds in the sweet female voice of  Macie Stewart on a couple songs to add some variance. It’s not to say there aren’t melodic hooks here, though. Even when some of those hooks are followed by kind of off-kilter not-quite-hardcore breakdowns.

Mainly, I’m happy to see Cloud Nothings get back to what made me like them in the first place with Attack on Memory: straight-ahead all-over-the-place, balls-out rock music. It’s been a few albums. Honestly, the drummer, Jayson Gerycz, sounds like he’s back to trying to make his arms fall off. And you know Albini is going to throw that banging in the front of the mix. Which he most definitely does. Ultimately, I can’t say on my first listen that these were the most memorable songs I’ve ever heard, but the energy is undeniable. And on listen two and three, they started to move into focus. I need this album as the weather warms. Because there is no way I’m not driving with it blasting with the windows open (or the sunroof of Ms. Hipster’s car at the very least). Because summer energy is around the corner and it’s something we all need right about now.