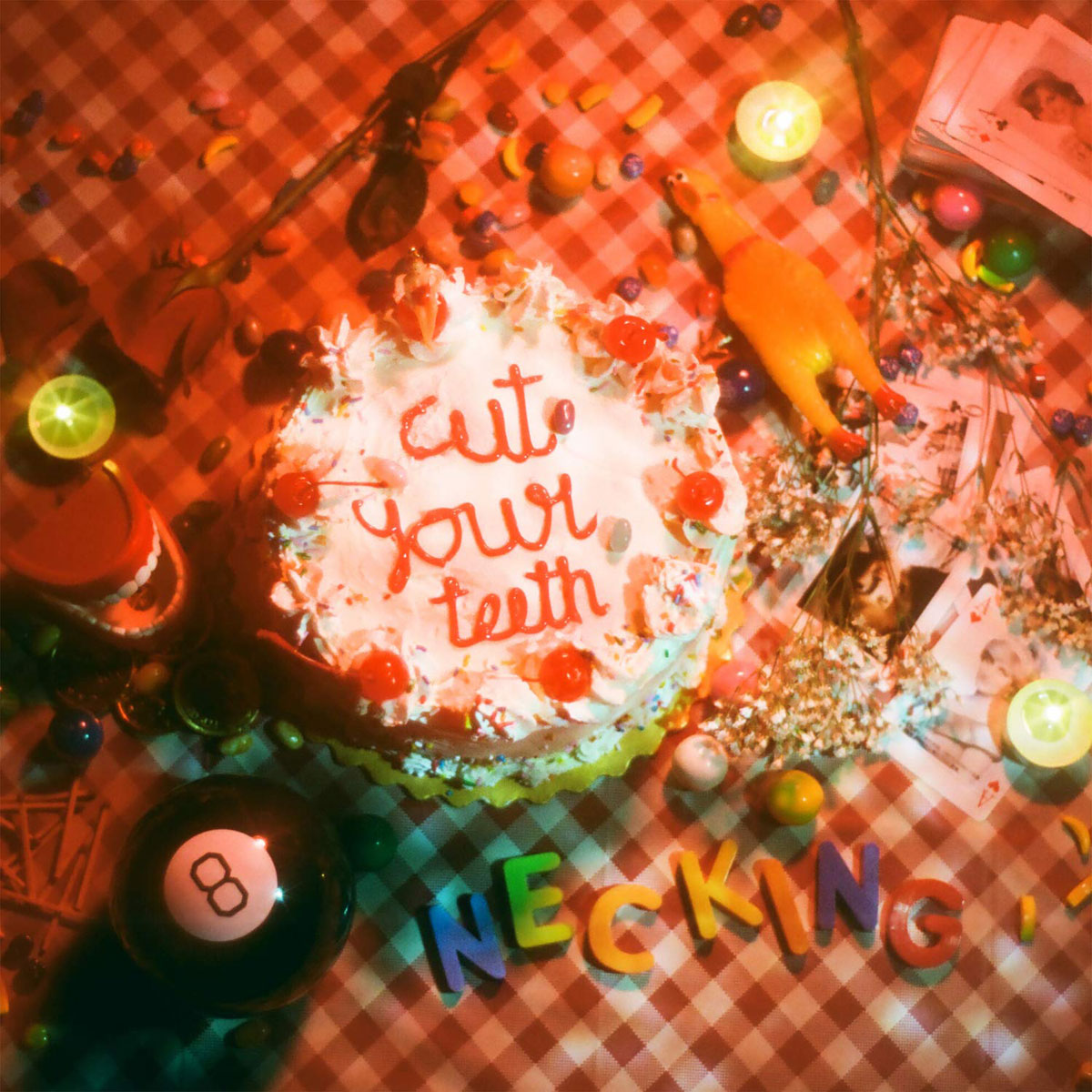 Necking is a term that my mom (Boomer that she is) used when I was a kid. Like way too much. She used it in reference to her own high-school days and to anything having to do with my teenaged love life. I mention that I went up to the Nike missile site in LA. Or to the beach at night. And my mom would ask, “Oh, is that where the kids go these days to neck?” I fake barfed and ran away. The term is that disturbing.

So when this Necking band and their album, Cut Your Teeth, came along, I hesitated to listen to it out of the nauseating association with that word alone. But I eventually acquiesced after accidentally hitting play and hearing their first track, “Big Mouth.” I wish I made more mistakes like this, as it immediately grabbed me. What with its visceral angriness. And its super-throwbacky, mid-nineties Sleater-Kinney vibe. It’s all rhythm section and talk-singing, shouting and snarl. The bassline even brings in a little bit of Elastica and the I swear to this — and some will think I’m insane — but the earliest B-52’s stuff? I’m going to go out on a limb and say that is my first B-52’s reference on this site in its 20-something years of existence. Sorry, Necking.

But mostly it’s a fun, indie rock album filled with energy, humor, social commentary and female empowerment. And, as usual, I enjoy the animal-like drumming, the straight-forward production and especially lead singer, Hannah Karren’s, somewhat showy vocals. Not like Céline Dion showy, but like really going for it. She doesn’t shy away from straining and belting and giving each song some personality. They don’t bury her voice in reverb or echo. It’s right up front in the mix and really drives the Riot Grrrl aesthetic. It’s a short album and is very efficient with its time. They pack nine rockin’ tracks full of hooks into only 23 minutes. They get in and get out.

Now I know if showed up to a Necking show, I might be pilloried for mixing with the mostly young Millennial and older Gen Z audience that these young women most likely garner. Nobody wants to be the creepy, old guy in a room full of not old guys. But I can be the typical Gen X crank and yell at them about how I listened to Sleater-Kinney and Hole before their parents were even born!