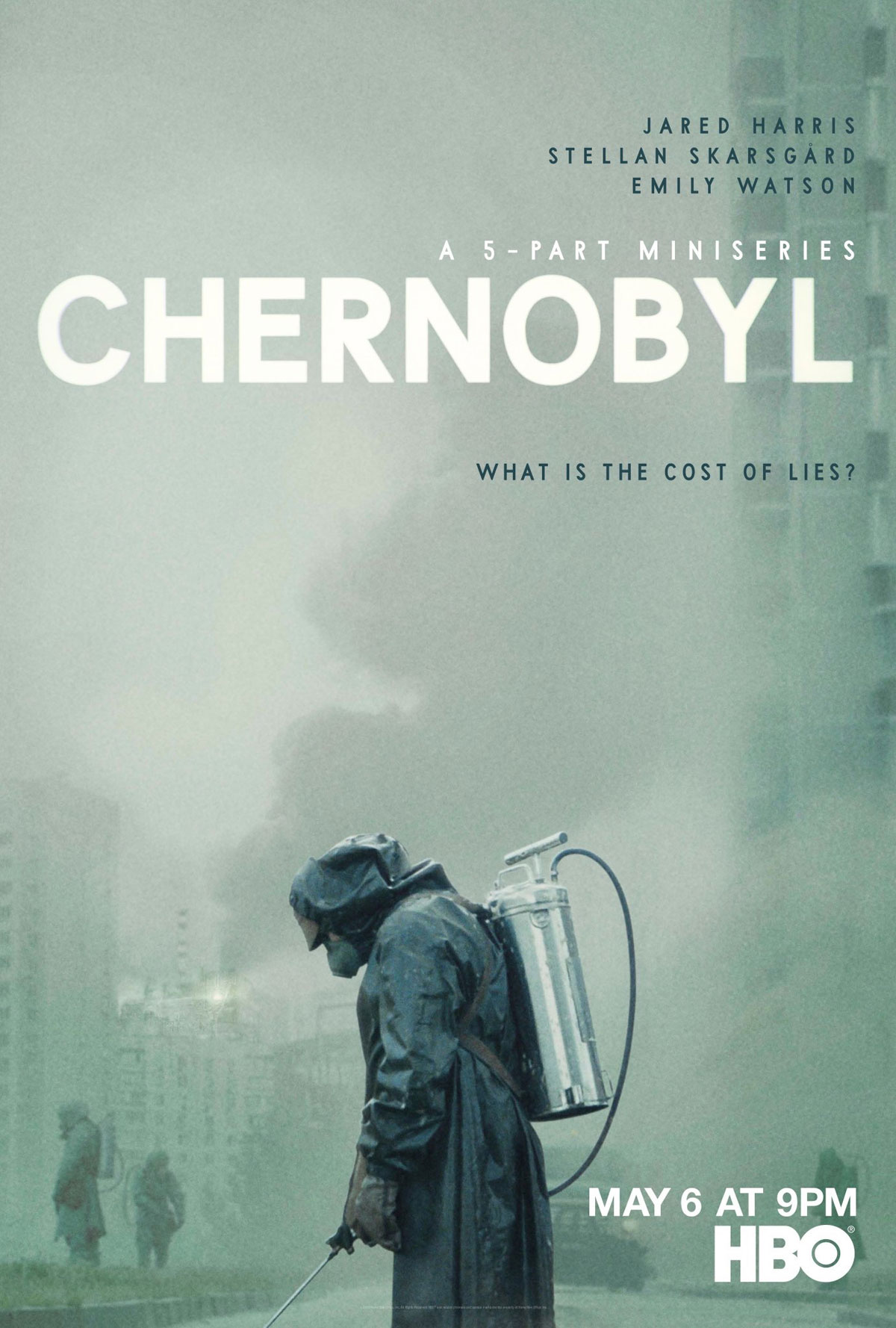 As if the world isn’t enough of a shitshow, along comes a series about an old event to remind us it could have been way, way worse. And also to remind us that all the gaslighting, lies, obfuscation and nonsense that we currently see going on with our own government was pretty much the everyday back in the bad old days of the 1980s U.S.S.R. And that shit was scary. Because rather than admit fault, hold those who should be accountable accountable, they’d rather nod and smile when their moronic leaders say “I don’t see a fire. Do you see a fire?” while a nuclear cloud of death floats its way over Europe, threatening the existence of everyone in its wake. Layers and layers of lackeys fearing for the their jobs on the low side and fearing “the bullet” if they speak up. It’s a perfect system to keep it stupid and dangerous.

This is all to say that the disaster at Chernobyl was avoidable. Ignoring safety concerns. Ignoring logic. Ignoring science. It all came down to some douche trying to cover his ass, cover the ass of his boss and the weird-ass way that the Soviets asked rooms full of men (some qualified, some not) to ignore what’s right in front of their faces. And I know I was aware of this going on in 1986, but obviously had no idea that there was such a gang of obsequious chuckleheads running the disaster response. And they almost destroyed the planet.

Luckily for all of us there were some real scientists on the case who weren’t afraid to speak truth to power. Or so the series would have us believe. Each time the government (aka the Communist Party) starting steering into awfulness, our nerdy hero, Valery Legasov (Jared Harris), pulls them back from the brink with some scheme that sounds insane and insurmountable, but somehow gets done. Mostly because the government could just commandeer thousands of people to walk into sure death with little to no recourse from anyone. Because who the hell is there to complain to in a country that values people about as much as they value a hammer?

And, look, we all know how this turned out. We don’t all glow in the dark. The world was spared nuclear winter because of some smart scientists and some serious people power (along with some dumb luck), but the Soviet Union didn’t make it another five years before crumbling. Not that this was what brought it down, but it was certainly a symptom of a system that worked in a way that was untenable in a world that became more transparent, more people-forward and less idealistic when it came to unbending political theories. Again, I don’t have to point out the obvious here, but there are definitely those who take this story and the reaction to it as a modern parable about where the US could end up if we continue to shut down transparency, denigrate the press, become more insular and deny the existence of things going on right in front of our eyes.

In terms of the show itself, it certainly does a great job of making us feel in a place. Not that I ever visited the Soviet Union in 1986, but this feels as authentic as my brain can fathom. There are some odd wig choices, as there always are in these 70s-80s-era shows, but otherwise the set design/decoration and costuming is pretty amazing. The whole thing felt of a very specific time and place, casting a sad pall over everything. It’s a little odd that all of the actors have English/Irish/Scottish accents (because they’re all from the UK), but I suppose asking a bunch of actors to put on fake Russian accents would have probably been a pretty disastrous decision. So that was a choice.

And, yes, I know the creators of the series decided to do composite characters like Emily Watson’s scientist, and I’m sure there are details that were condensed, played for dramatic purposes and made up out of whole cloth in order to illustrate something, but the historical narrative and impact remain. And it’s epic. Not like Game of Thrones, dragons-‘n’-shit epic, but kind of. And it feels so very modern in its story, like something that could have happened last week — and probably did. It’s a cautionary tale, but not necessarily one any of us have control over. And I suppose that’s the scariest thing of all.