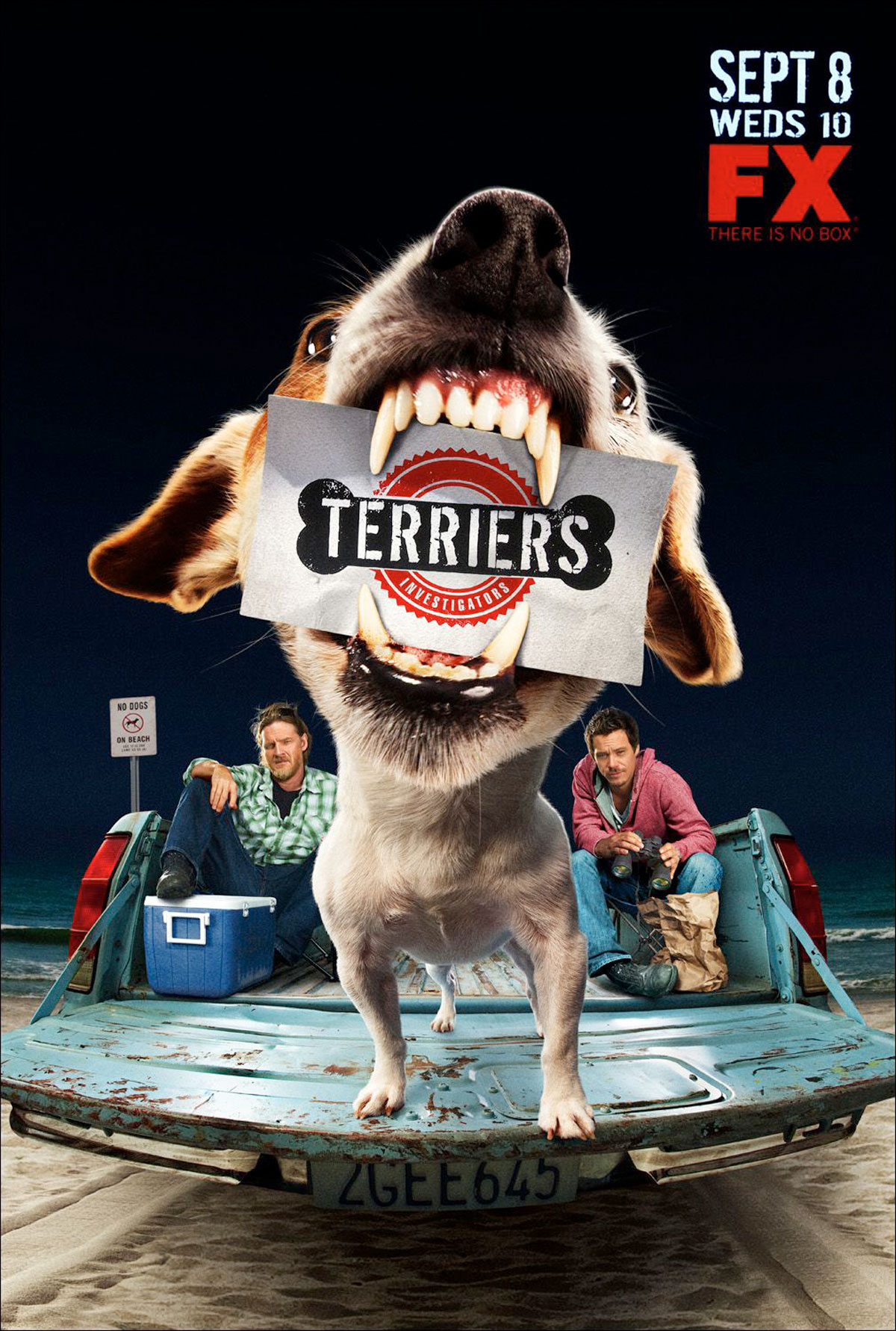 Man, do I love to watch shows ten years after they went off the air. Shows that got canceled after one season. Shows that a grand total of 14 people probably watched on its initial run. A series, Terriers, named after a dog, but a euphemism for a tenacious animal who doesn’t give up. A show that is both a procedural as well as a serial. A program that uses just about every damaged man trope you can possibly think of, but still somehow works. But I imagine was a hard sell for those stuck between CSI Whatever and what passed for prestige drama back in 2010.

If I had a dollar for every series whose protagonist is an ex-cop who was booted from the force only to become a private dick, I’d have a lot of dollars. And if he is also a recovering alcoholic, I’d have like a bunch more dollars. This is all to say that this surf noir, down-and-out detective story isn’t the world’s most original concept, but it manages to be compelling nonetheless.

So you got your Donal Logue as the aforementioned alcoholic, ex-cop, Hank Dolworth. Because every character on TV needs to be named Henry. And every ex-cop needs to constantly have his sobriety challenged. His new gig is running around with an ex-con partner, Britt Pollack (Michael Raymond-James), as an unlicensed private investigator. As well as kind of stalking his ex-wife, fucking with her fiancé and generally being a thorn in everyone’s side. He’s that archetype that has become so popular in the 2010s of the problematic white guy who generally has an addiction and does really shady shit to further his own pursuits only to then sometimes go against character and do the right thing. Only to then fall off the good guy wagon again and again. All while lying and being immature and generally irresponsible. Which kind of seems to be Logue’s jam.

The overarching plot is pretty much Beverly Hills Cop. Okay, not really, but things start off in similar fashion. Hank’s old drinking buddy gets himself wrapped up in something nefarious and ends up dead. The police rule it’s a suicide, but Hank doesn’t think that’s the case. So he starts asking questions. Which uncovers conspiracies and a folding narrative of crimes that lead to Hank mostly being punched, kicked and shot. He’s even thrown through a window, just like our friend Axel Foley.

Meanwhile, secrets from the past come up and threaten the relationships between all of the characters. While they get mostly lame or mysterious cases to keep themselves afloat. Some of which are connected to the main storyline and some of which aren’t. The main plot being a kind of Breakin’ 2: Electric Boogaloo, Save Miracles! thing. But instead of a community center, Hank is essentially trying to save his small corner of the made-up San Diego town of Ocean Beach from forces looking to destroy it. Because the town’s salvation is, of course, his salvation.

The series has elements of slapstick, mystery, relationship drama and comedy. With the interplay and friendship between Logue and Raymond-James central to all of it. It follows a pretty familiar pattern for anyone who’s read older SoCal crime fiction novels, but certainly adds a sheen of humor to things. Even if it also gets serious. Mostly it’s entertaining and smarter than your average genre series of this type. And the nice part — though I imagine it wasn’t nice for the show’s creators – is that it only ran for one season. So a binge is relegated to a pretty closed-end story and a simple 13-episode season. It feels distinctly literary if you’ve ever read the genre. Bing, bang, boop.