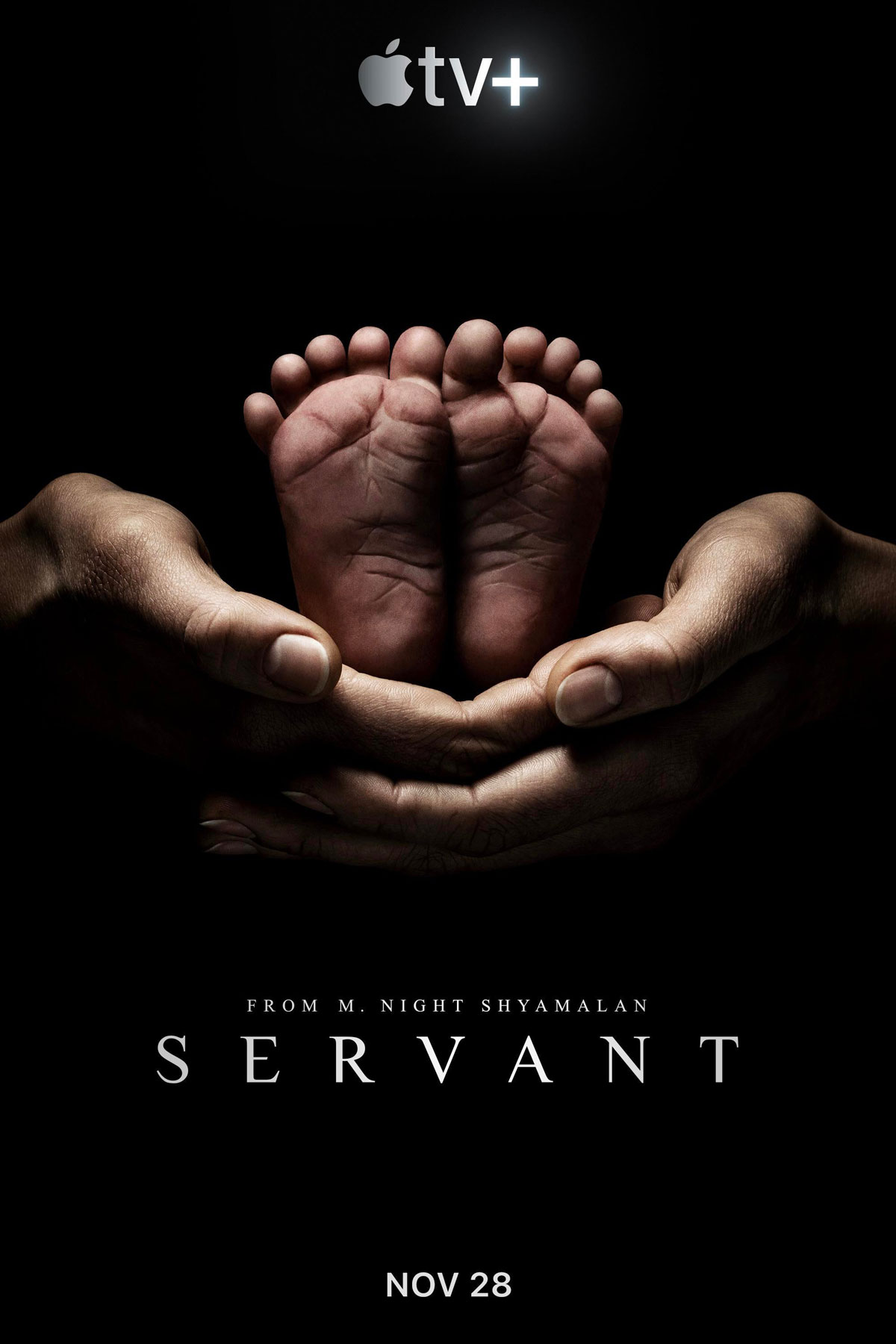 This is my first foray into the Apple TV+ world. We bought a new Mac and they gave us a season for free. Quite frankly, I don’t see much beyond Servant that even interests me on the channel. And I’m confused by their business model. I assume they want to follow the HBO quality-over-quantity model, but they have a really long way to go to get there.

I suppose starting with an established (though somewhat diminished) talent like M. Night Shyamalan is one way to go. I don’t know if I necessarily consider myself a fan of his, but I suppose I could be called a resistant interested party. I tend to see everything he puts out there because even in his flawed approach to stuff, there is always something interesting. He tries.

I do think that giving him a series makes a lot of sense. I know he’s the master of the “twist,” which usually means he does two hours of build up and then drops the big ta-da! on you. Here, he gets an opportunity to do a slower burn, imbuing all ten episodes with the creeping dread that he’s known for.

This story is relatively straight-forward, which is what makes it good. There are no crazy, over-complicated time shifts or world-building or sci-fi, high-science stuff. Not that I don’t love that normally, but it’s nice to get back to what amounts to a creepy ghost story. On this case there is a couple, Dorothy and Sean Turner. They have endured the loss of their baby and Dorothy has had some sort of psychological break as a result. She cares for a reborn doll, which she seems to treat as though it’s her real, dead son, Jericho. The fact the baby is actually dead is kept from everyone, save a very small group of people. All of whom think that Dorothy’s psychosis is short-term and want to give her her space to get over the death.

Dorothy is returning to her job as a local television reporter and despite the fact their baby is now a doll, she hires a mysterious nanny, who shows up to their house one rainy night. She’s a strange young woman, religious and quiet. And then, soon after the nanny’s arrival, Jericho goes from being a doll to a real, live baby. The husband, Sean, is obviously concerned that the baby had to come from somewhere and he’s freaking out about it. Dorothy doesn’t notice the difference. He is actively trying to find out where the baby came from until he realizes how it has reinvigorated his wife and the fact they can now invite others back into their home. Plus, he is obviously also thrilled to have his “son” back.

The large mystery, of course, is where the hell the baby came from. Is this creepy nanny a kidnapper? Does she have magical powers? Is she a malevolent or a friendly spirit? Why is Sean, a chef, suffering from a loss of his sense of taste and waking up with creepy splinters poking from his skin? This isn’t a The Hand That Rocks the Cradle situation, which is good, but there is definitely the trope of inviting a stranger into your house and not really knowing or understanding her motivations.

What I do appreciate about the show is that it doesn’t necessarily follow the tropes you see in these types of narratives. The husband doesn’t have an affair with the young nanny (yet). He does, however, involve her with some of his cooking, which is interesting. The nanny herself isn’t boiling bunnies and/or murdering friends of the family. It’s a bit more subtle than that. Slow burn.

The writing on the show is actually pretty decent. There’s not a ton of exposition and the psychological shifts of the characters over time is well done. Granted, the actors help out a lot on that front. Lauren Ambrose is especially creepy, as her character transforms from this broken wreck to an almost cultish WASPy weirdo. Sean (Toby Kebbell) and his brother-in-law, Julian (Rupert Grint), are great together. Especially during their heated conversations over drinks while both actors struggle to cover their thick British accents with weird Philly/New York hybrid accents that just make them end up sounding like street toughs. At one point Sean refers to Julian as “160 pounds, a quarter of which is cocaine.” Or something like that. It’s funny.

Nell Tiger Free plays the nanny, Leanne. And besides having a really cool name, she fits the look perfectly. She’s not asked to do much in the way of acting at first, but she looks realistic as the conservative, mysterious PA teen from the sticks. Though, like 3/4 of the rest of the cast, she’s also an English person playing an American. She’s asked to mostly act with her face and her demeanor, which is excellent.

This first season unfolds the mystery of what happened to baby Jericho through flashbacks,  It reveals, over its ten episodes, where Leanne came from and the connection between her and Dorothy and how she found her way to the Turners. And it does it all at a pace that, because this is a series and not a film, can take its time getting there. The pacing is very well done and they manage to reel out the narrative in a way that keeps us guessing, but doesn’t turn the show into a giant mystery box. They reveal a bunch in this season, but there is certainly a lot left to keep us on the hook for another season.

Also, if you’re a fan of food, this show is pretty fun. The Sean character is a consulting chef, who is constantly creating avant-garde molecular gastronomy dishes with infusions and funky ingredients. Including one particular thing that is absolutely stomach-turning, but I won’t spoil it here. There is also a ton of fancy wine drinking, as he pairs wines with his food. It’s a nice, little side thing that in the slicing and butchering and sinew and whatnot, really adds to the creepiness and dread that pervades the narrative. It really works. Honestly, most everything in this first season works (with the noted exception of the acting of Leanne’s uncle who shows up) and I’m looking forward to how they’re going to follow it up in their sophomore effort, which can be a season that can sometimes lag for a lot of shows after a strong start.