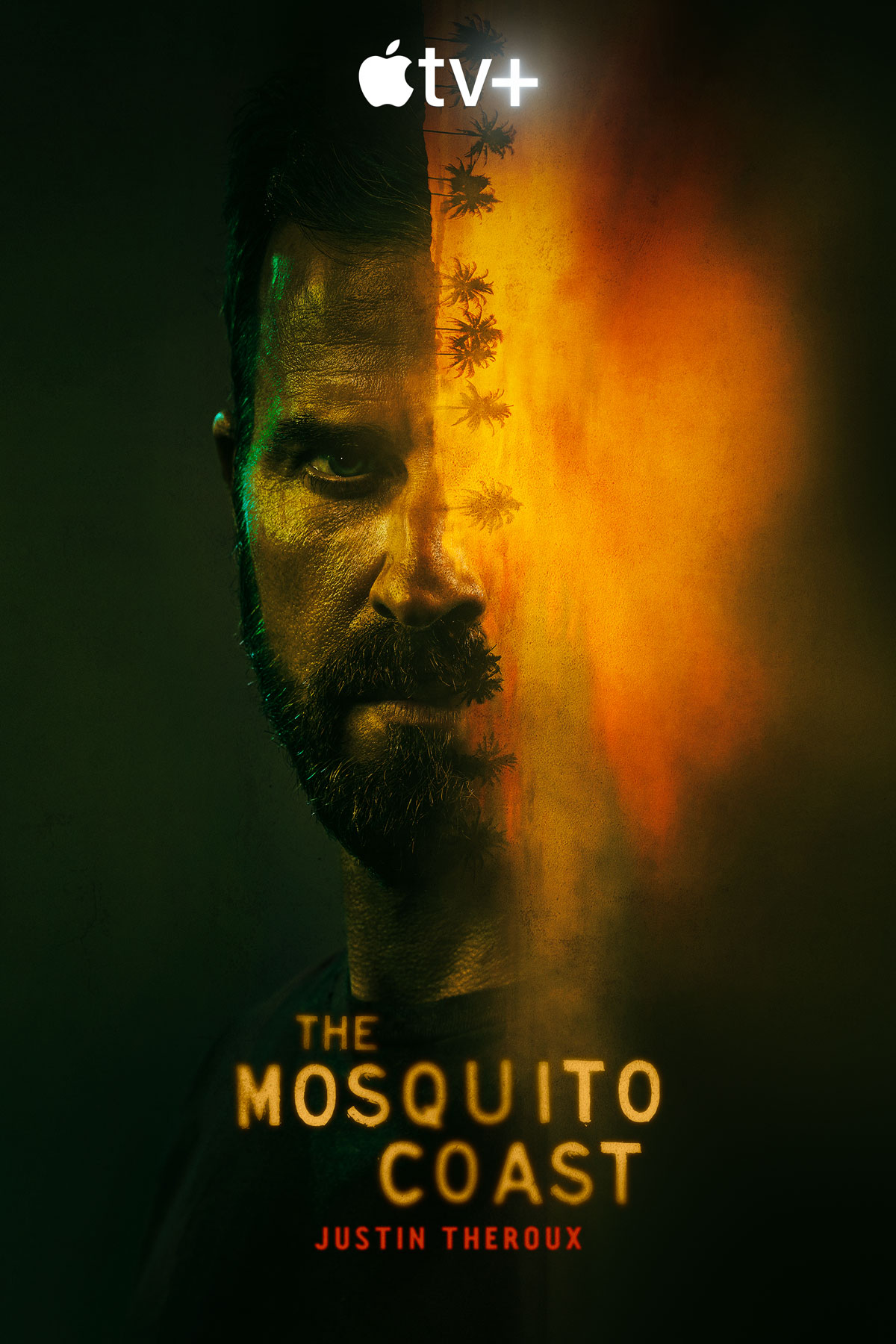 I never read the 1981 novel on which The Mosquito Coast series is based. I’ve never seen the 1986 Harrison Ford movie that followed. So I come into this Justin Theroux-led show with absolutely no preconceptions. Although for some reason, I had in my head that movie, The Mission, which also came out in ’86, but has absolutely nothing to do with it. Nobody is going over a waterfall on a cross — which is the image I associate with what I now realize is The Mission. That film looked super-serious and not fun at all. So I initially skipped Mosquito Coast until I bothered to watch a trailer and realized they were not the same thing.

My main interaction with Justin Theroux is The Leftovers. He was great. He has this twitchy, high-metabolism thing that can be comedic at times, but also lends itself to the high-wire act of dramatic action. He also has an interesting face that he uses a lot to convey emotion. There was a ton of that called into play in The Leftovers. And that shit packed a punch. Constantly and relentlessly. The Mosquito Coast, however, asks Theroux to take a bit of a step back and play an oddball MacGyver-like character who seems at times to be emotionally divorced from the peril in which his family finds itself.

It’s this emotion — or lack thereof — that throws some discordance into the tone of the show. It feels at times like they asked Theroux to go up to the line of drama and then told him to hold it back for some unknown reason. I suppose he’s supposed to be a man of science or somesuch thing, but his practical nature sometimes feels disingenuous in the face of life-or-death situations and mortal peril of his wife and children. In other words, I found his character confusing and just a bit inconsistent.

So, no, this isn’t a show about an 18th century missionary. It is instead a family drama about two parents hiding out from the government for some past indiscretion with their two teenage children. Living off the grid to some extent, Allie and Margot Fox maintain a family unit by home schooling their kids, keeping them away from the Internet and being super-sketchy about their past and why they have to pack up and move at a moment’s notice. Making a living as a handyman, Allie is apparently a brilliant inventor, but seemingly invents things that are Earth-saving, but not practical for everyday use. He eschews corporate America and their products and he and his wife clearly have idealistic, libertarian feelings about how they live their lives. Or are they just selfish parents putting their children in danger and robbing them of normal lives because they don’t want to go to prison?

We realize at some point that the government is actually after them for some unknown crime in their past, and once their daughter mistakenly alerts the NSA to their presence, they have to uproot their current lives and hightail it to Mexico to avoid capture. This journey turns into what amounts to a more dramatic version of Planes, Trains and Automobiles. No, literally. They deal with crooked coyotes, Minutemen, Mexican cartels, assassins, local policía and various modes of broken-down transportation. All the while, Allie seems to have not much of a problem putting his family in harm’s way. There are various scenes in which at least one of his family members looks like he or she is about to get got. And he comes off as kind of okay with it. Except when he’s threatened and proceeds to pee himself. A scene I totally could have done without. In fact, I could almost see it in Theroux’s face that he really thought better of it, but reluctantly peed because he’s a team player.

The majority of the show takes place in Arizona and Mexico. The desert is a very specific look and feel. The characters are often sweaty and covered in dust. But when we go to scenes of our weird NSA agents (played by James Le Gros and Kimberly Elise), it feels like they’re in a completely different show. In fact, their characters feel like they were written by a different group of writers and filmed with a different crew. They feel like bolt-on characters that are there just to provide exposition and just seem apart from the main narrative line of action. Maybe it was a COVID thing? Whatever the case, I think they’re mainly there to call into question some of the family dynamic. Something that could have happened without them, but I suppose they just made it easier to make us wonder if perhaps it’s not Allie, but Margot (who knows how to punch and handle a gun for some reason) who caused whatever mishigas that put them on the run. And call into question the parentage of the children. All while they run around trying to escape all the aforementioned bad guys.

Ultimately, the show is just fine. It looks nice in parts. It establishes enough mystery and tension to keep the viewer engaged. But the characters are a little muddy and some of the situations over-the-top and even a bit tone deaf. I wish they’d let Theroux do his thing and not constantly make him sit there trying to make a stick of dynamite out of chewing gum. That shit is less interesting than the family dynamic and the slow burn of the mystery of why this family is in the peril it’s in. Which, by the end of season one, still isn’t clear. I’m curious to see if in season two this show leans into its overly-subtle, undeveloped social commentary thematics, or just kind of continues on the mystery/action path. It’s curious enough that Justin Theroux is starring in an adaptation of his uncle Paul’s novel, but hopefully he’ll insist that he does the original text proud.