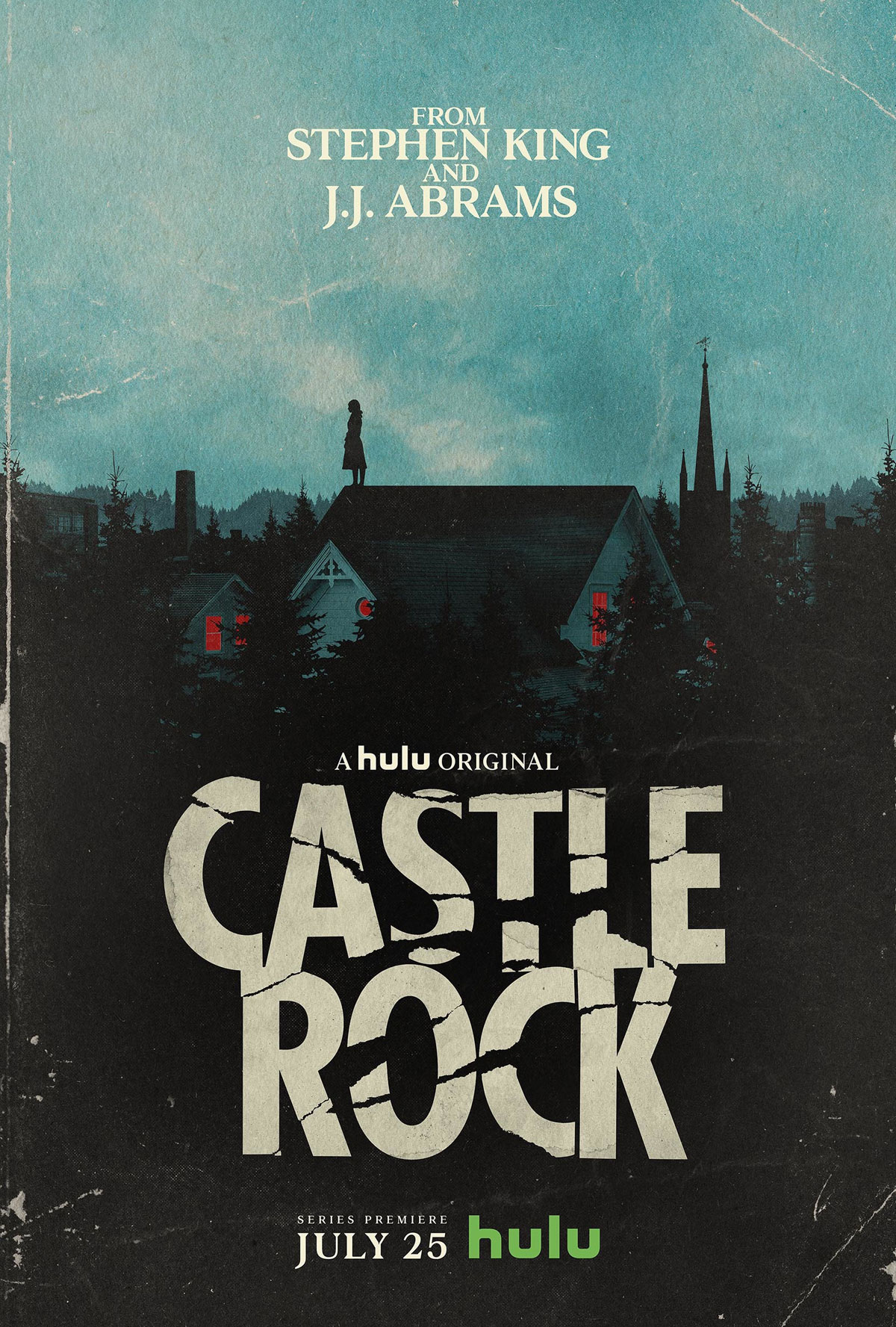 It’s as if I’ve gone out of my way to watch every single Stephen King thing ever broadcast. Even the weirdo extended Kingverse things like Castle Rock. Weird because the show itself isn’t based on any particular King work, but rather a place, a feeling, thematics and a smattering of characters from various novels. The series is an anthology, so seasons one and two are separate stories with some cross-over, but everything revolves around Castle Rock and the surrounding town of Salem’s Lot. Let’s just say that both of ’em are kinda cursed.

The first season, for me, was the stronger of the two. The narrative structure, the creepiness, the King lore just seemed stronger. Sure, sometimes it was confusing and meandered a bit, but it seemed to bring everything together in a package that was original, but definitely had odes to other King stories.

To even try to explain what the hell happens is a fool’s errand. But suffice it to say there is murder and mayhem and suicide and a googley-eyed, somnambulant Bill Skarsgård who is only called “The Kid.” He is the specter that floats through the story; the mysterious curse that brings misery to Castle Rock. His presence is tied to André Holland’s character, Henry Dever’s, past somehow. Holland, who grew up with an adoptive family in Castle Rock (and is seemingly the town’s only black resident) and ended up a pariah after being accused of murdering his own adoptive father. Ok, I guess I’m sort of explaining it. But he comes back after years away to look in on his adoptive mother, Sissy Spacek, who is in the early stages of Alzheimer’s. And to sort of confront her caretaker, the ex-sheriff who originally looked into his father’s death, Scott Glenn.

Unfortunately for Dever all sorts of wacky shit starts up at the local prison, Shawshank, as soon as he rolls into town. Mainly because the aforementioned “The Kid,” who was locked up in as secret part of the prison, was discovered by one of its guards and says that his name is Henry Dever. Which, of course, is not his name, but the name of Holland’s character. Who happens to be a lawyer. And “The Kid” may actually be the devil. Or the angel of death. Or just a psycho of some sort. It’s unclear, but the whole thing is totally King. There is a troubled character played by the always-great (and sad) Melanie Lynskey who has a sort of psychic power that bonds her and Henry Dever. Soooo King. And just a bunch of folks with mental problems, some of which are natural and some of which are induced by bad spirits. All-in-all it’s a well-shot, well-plotted season of television that isn’t particularly scary or even frightening as much as it is psychologically interesting.

The second season is based on the early life of the Annie Wilkes character from Misery. Sort of. Because this Annie Wilkes is a thirty-something adult in the year 2019. Whereas the original was a forty-something in the late eighties. So the timelines are completely different. That aside, Lizzy Caplan plays Annie in a very similar manner that Bates played her in the original movie based on King’s novel. A weirdly formal and stilted woman who has horrible flashes of sudden violence. Caplan clearly watched Bates’ Academy Award winning performance in the film a ton and copped a lot of her speech patterns and mannerisms. I don’t recall Bates doing the weird, stiff-limbed thing that Caplan does, but the whole thing is very reminiscent of the original portrayal.

I haven’t read or seen Misery in many years, but I don’t recall if we find out exactly what’s up with Annie. But in this prequel of sorts we see her criss-crossing the country with her teen daughter posing as a nurse in order to secure drugs to treat her severe mental condition. The self-prescribed drug cocktail, it seems, keeps the demons at bay. Over time we unravel the backstory of how Annie and her daughter came to be and why they are on the run from whatever they’re on the run from.

Their adventures eventually lead them to Castle Rock. Where Annie manages to get a nursing gig but struggles to break get the cocktail together to fend off her mental instability. This leads to paranoia, hallucinations and delusions. All bad things when you’re trying to keep a low profile. Meanwhile we meet this other family in town, led by Pops (Tim Robbins) and a group of adopted adult children, including a couple of Somali kids he adopted after coming back from serving in the army in Somalia. While it was interesting to see that there is a large Somali population in bumfuck Maine, I’m not sure it feels quite right. At least we get exposed to Yusra Warsama, which was cool.

Now, the Annie and her daughter stuff is fine — though kind of over-the-top and silly at times. And Pops and his Castle Rock family are a little less fine, but still tolerable. Where they lose me is when they go into this whole history thing of the French settlers of Salem’s Lot (which I guess is next door to Castle Rock). It just kind of turns into a weird body snatchers/ghost story thing. I hate oldey-timey period stuff like that. It reminded me of a season of another anthology series, American Horror Story: Roanoke, which was a pretty insufferable season of TV. I suppose it could have been ok, but the convoluted way they constructed and tied together the modern story with the old story just felt forced and somewhat dumb. The denouement is somehow both chaotic and totally anticlimactic.

So, there were highlights for both seasons. The cast was a better one in season one. The story was better and more subtle in season one. The quality was better in season one. Overall it was just more complex and less hokey. But even season two’s lowlights still felt of a piece with King’s works. Because, well, sometimes his shit can be hokey. The nice part is, you can watch the first season, see if you enjoy it and then skip the second if you feel like it and not feel bad or like you missed anything. I’ve no idea if they’ll green-light a third season, but you know my ass will be sitting there watching like I didn’t even shrug at the second one.