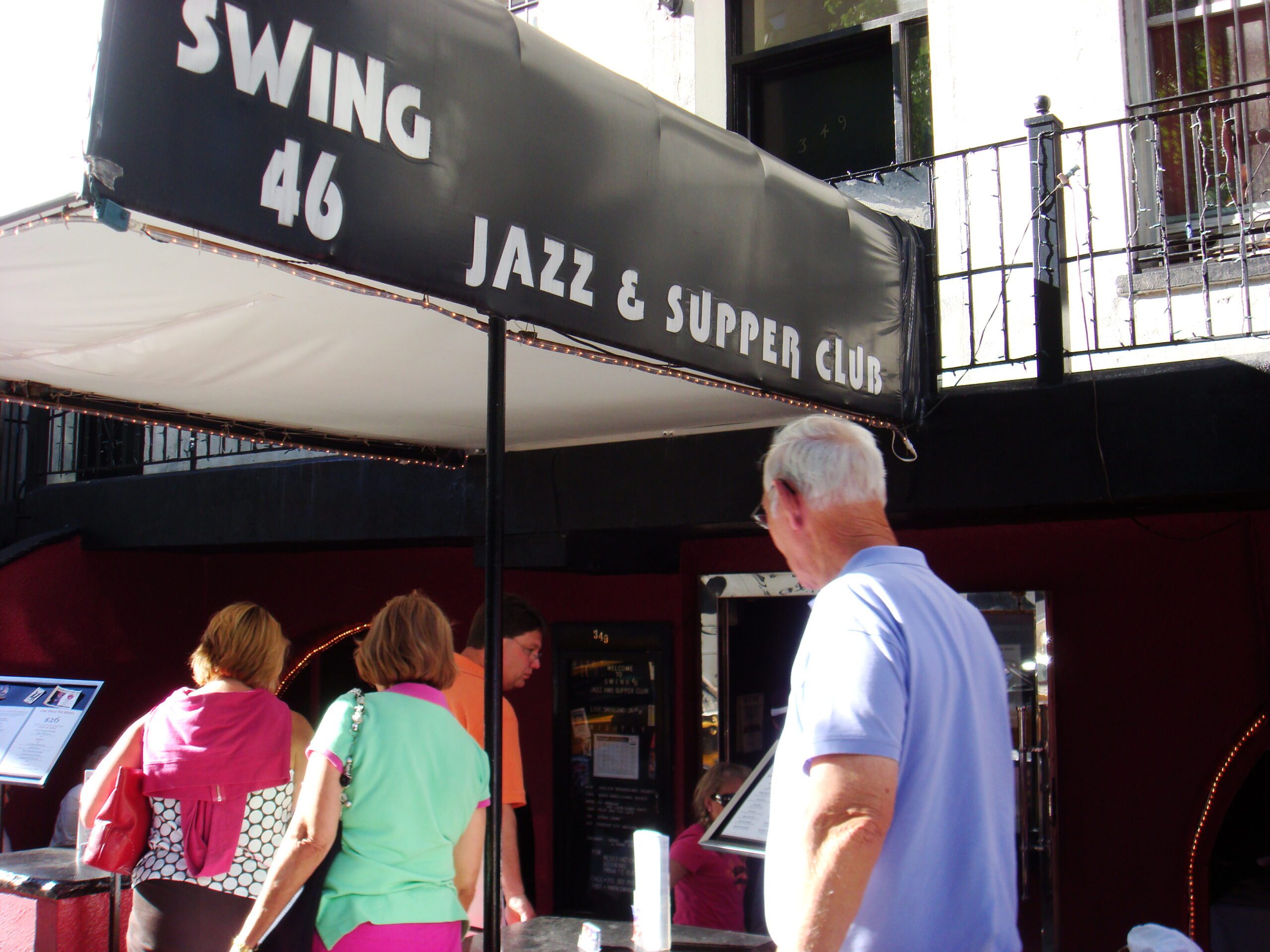 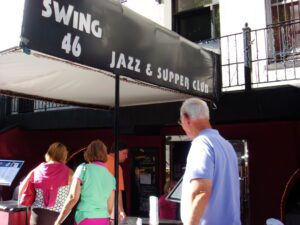 If there’s one thing that I really suck at (and I suck at a lot), it would be organized dancing. Now, I can bust off the running man, the running man with the double hand wave, and even the Kid ‘n’ Play if I’m really feeling it, but anything like swing dancing or the fox trot just gets my boxers all in a twist. I proved this at my wedding, where the well-intentioned Ms. Hipster decided it would be fun to have the whole wedding party take swing lessons and then come out to the reception and go straight into a big swing dancing display. I can’t say the giant white dress didn’t hinder my steps just a little, but I was lost after about three seconds of twirling and stepping. “Fuck it,” my brain said. It’s the same reason I couldn’t play organized football, with all of its choreographed patterns and blocking schemes (and the fact that I’m built more like Arnold Drummond than Arnold Schwarzenegger). That said, I was a little nervous walking into Swing 46. I was afraid I’d order a beer and be swept up in some impromptu Fame nonsense. Turns out it we were the only patrons in the place, save one zoot-suited German dude who, oddly enough, was a customer and not, like the similarly dressed bartender, an employee. I was still a little suspicious that our attempt at killing some time prior to our Becco reservations would still turn into some sort of fumbling nightmare that would leave Ms. Hipster with a broken neck and me a life sentence all because I was asked to execute some sort of lift and twirl maneuver that proved beyond my meager abilities. The choice to enter this joint in the first place was Hipster Father-in-Law’s, as the man just can’t resist anything that speaks of jazz and/or big band. Looking out from the bar to the larger performance space beyond, it was definitely set up for some sort of crazy dance-a-thon with a live band and little tables that reminded me of one of those 1940’s movies where everyone dressed so cool, and there wasn’t a pair of those stupid Crocs anywhere. It turns out they do have dance classes and live performances and a pretty full schedule of acts that, if I knew anything about trumpet players and/or jazz, is apparently pretty good. As it stood, my beer was not only cold, but also a happy hour two-for-one that left me doubly happy. The bartender and his German/Swedish friend were appropriately besuited and historically accurate, as was the place’s decor. Ah, I’m sure Swing 46 could be a pretty good time if I were into the whole jazz and swing thing, but as it was, I was more into the beerr and baffled by the weird European who apparently just wanted to hang in a place that didn’t make his outfit look quite so goofy. [MF]