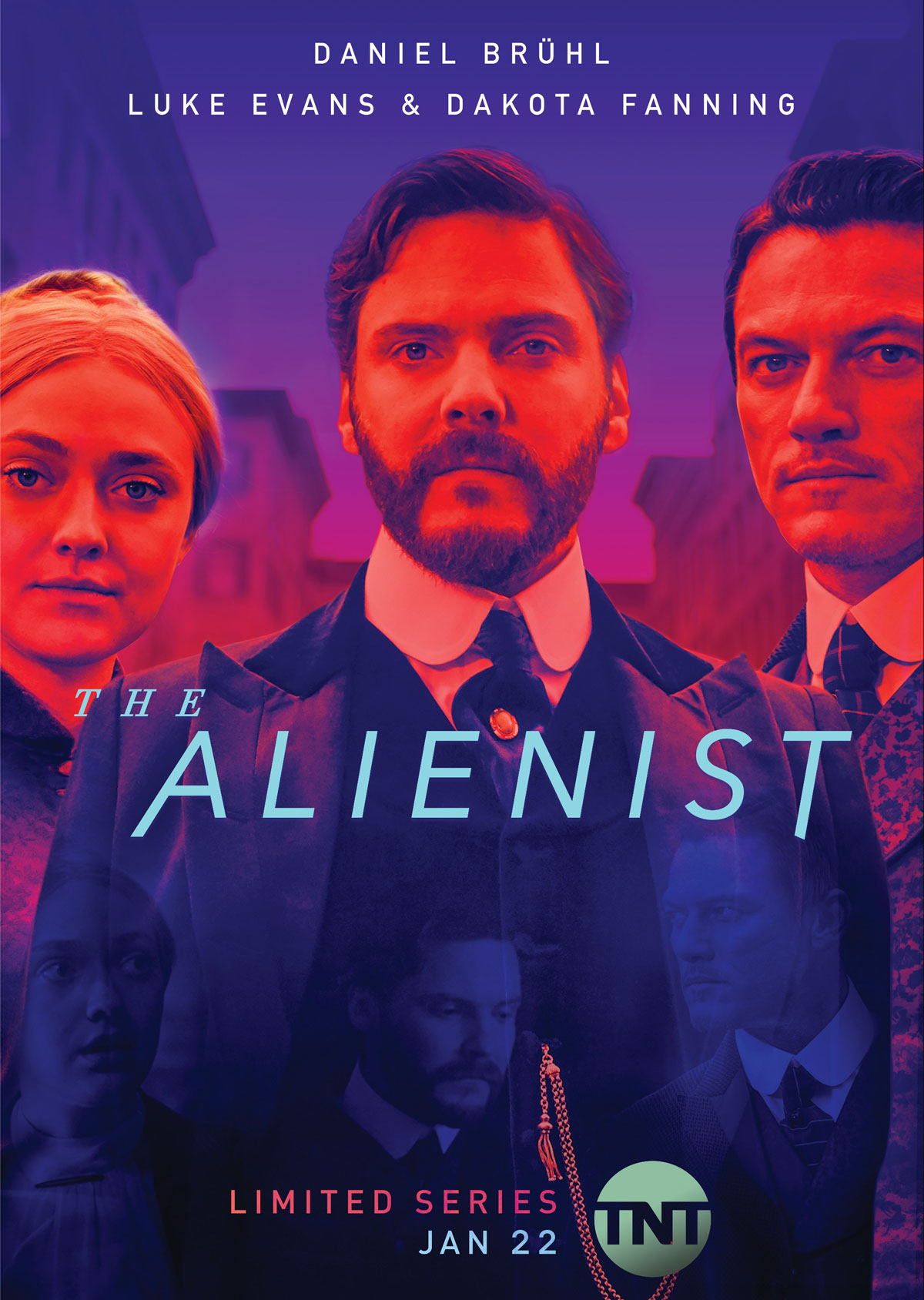 The Alienist was an insanely popular book. It was The Da Vinci Code before The Da Vinci Code. Back in 1994 there was not a human being on the planet who had not either read or knew 1,000 human beings who had read the thing. From jump, it spoke to a film adaptation. Lucky me, I was working for the man, Scott Rudin, who bought the rights to the novel before Caleb Carr had even finished writing it. He had the cast ready to go: Ralph Fiennes as the Alienist himself, Laszlo Kreizler, Hugh Grant as the lush society reporter, John Moore and Julia Ormond as the young police secretary, Sara Howard. I feel like Kevin Spacey was in the running for this other part, but I may be misremembering, as it was almost 25 years ago. And we don’t talk about him anymore.

The punchline is that despite this being one of the most popular books of all time, the movie never got made. The story goes that Carr pissed off Rudin somehow and he just shelved the project out of spite. True or not, it totally sounds like something he would do. I believe it then bounced around and just never got off the ground due to complications with the period scale of the thing and getting everyone to stick around long enough to make it happen. So, it was a surprise — at least to me — when this popped up. And, honestly, it lost quite a bit of momentum in the intervening years. I’d bet there aren’t many 30 year olds who’ve ever heard of the novel, let alone Caleb Carr (who went on to write the Kriezler trilogy).

Apparently the awesome Cary Fukunaga was originally set to direct this series for TNT, but had to drop out after it lingered for a while to do Maniac. That’s a shame, as the direction was one of the weaker points of the show. The show dragged, the actors seemed confused at times what they were supposed to be doing, and someone — for the love of God — should have stepped in and asked Dakota Fanning what the heck she was doing. I seem to recall her being a pretty decent child actor, but this transition to adulthood, if this is any indication, has been rough.

For the two people who don’t know what this thing is about, it’s a murder mystery set in 1896 New York City. Kriezler (Daniel Brühl) is an alienist, which is the oldey-time name for a shrink. John Moore (Luke Evans) is a not particularly good reporter. And Sara (Fanning) is a secretary with the NYPD. There is a serial killer on the loose in NYC, murdering and mutilating young boys on certain Christian holidays in and around Manhattan. The three characters team together to basically profile the killer and track him down based on a bunch of clues. The draw is really the period quality of it, as early NYC is fascinating. And Carr (and this show) throw in actual people from history, including Teddy Roosevelt as the NYC Police Commissioner, who actually plays a major role. That’s about it.

Now let’s not fool ourselves: this is TNT and not HBO. The show couldn’t have been cheap to produce by any stretch, but this is all about the richness of the sets, the grand scale of what is probably an insanely difficult thing to get right. The issue is that it seems they just didn’t have the big bucks to make it so. They covered deficiencies with darkness, and there are sets that are clearly on lots or not anywhere near Manhattan. The interiors are usually pretty good, but the more difficult exteriors are distractingly off at times. It’s an impressive feat to put this together, but it’s pretty obvious watching this why it took so long to come to the screen.

Period pieces are not only hard to shoot, but are difficult for actors as well. Putting actors in stiff clothes that they’d otherwise never wear can sometimes make their performances as stiff as their attire. There’s very little in the way of looseness and it tends to drain the humanity out of the characters. Whether it’s stilted language, stilted delivery or just plain unease with the way language worked back then, it takes some training to sell it. Poor Dakota is overmatched. Daniel Brühl’s role is written in such a way that he is supposed to be a bit robotic (like a very humorless version of Cumberbatch’s Sherlock.) It’s really only Luke Evans’ character that comes across as real and even remotely authentic. A gadabout rich guy who only becomes serious about his profession when he finds his purpose with this investigation. He’s a good looking guy who is a ladies man with a huge inferiority complex, or imposter’s syndrome. He lives in fear of being found out. And Evans plays that edginess well. If there’s even a small, absolutely tiny bit of light in this thing, it’s him.

Ultimately, the series is not well paced and is a little too gauzy-looking for what it is. It’s missing that edge that the full Fukunaga would have brought to it. Instead, we have something that feels like it could have aired on CBS in the 10PM slot. Which, if you can’t read between the lines, isn’t a great thing. I know they’re producing the second book in the trilogy, The Angel of Darkness, right now. I hope that they re-examine the approach and create something with a little more bits, a little less fog and have the actors do some warm-up exercises beforehand to get them to loosen the hell up.