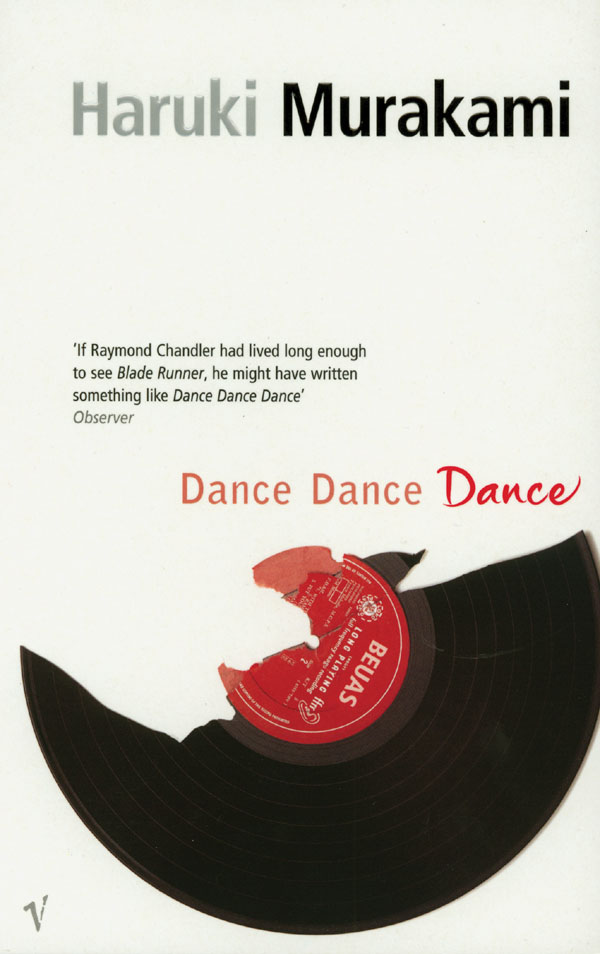 Murakami is like the big dork’s Raymond Carver. In fact, I’m a giant dork for just making that reference. While Carver is all domestic horror wrapped in stoic suburban normalcy, Murakami is sci-fi presented as mundane adult despair. Both have a bunch of drinking and pursuits that seem nothing out of the ordinary, but ultimately leave you with a feeling that their relatively simple language has something lurking beneath. Granted, Murakami aims to tell more of a story (which is possible in a novel versus Carver’s short story genre) in his approach, but even those narratives seem like drawn out tales of nothing much. Dance Dance Dance is no exception. A sequel to A Wild Sheep Chase, we pick up with our unnamed protagonist a few years after his first adventure into Zen, sci-fi bizarreness. He is again a man adrift. He is a writer of restaurant reviews and travelogues for magazines, and is in high demand due to his “efficiency”. Just like the first book, people find him odd, as he has a tendency to tell the truth about what he’s feeling when others would just say I’m fine. He just kind of floats through life with no purpose, being blown here and there by whatever and never seeming to care. As usual, Murakami obsessively describes every meal, snack and drink this guy imbibes (actually told to the reader in faithful first-person by our no-name lead). Flush with money from all his freelance writing gigs, he once again feels the draw to the mysterious dolphin hotel where his last adventure started and ended. He puts his life on hold, packs his bag and is off to Sapporo to the hotel. The problem is he gets there only to discover that the thing has been leveled in the intervening years only to be replaced by a giant, new first class hotel. He soon finds out that they kept the name, despite the whole new building. And so the mysteries begin. He subsequently goes on a hunt for his old ear model/call girl girlfriend who disappeared suddenly during his last adventure, pursues a young hotel worker, hooks up with an old classmate who is now and actor, gets a message from the strange sheep-man, has a good night with a hooker with a heart, has another night with another hooker with a heart, makes friends with a teenage girl, gets a famous benefactor, and then essentially watches everyone end up dead. It is clear that all of these characters are tied together through the central hub that is him. Each life, and death, teaches him a little more about himself, and eventually our character learns that caring is not only not a bad thing but a very important thing. It may sound like an after school special gone Cinemax, but it’s told in that oddball way that only Murakami can do, and in doing so sells this as a worthwhile endeavor. Nerdily enough, I would have liked a bit more of the sci-fi thing in there, but besides some dissolving walls and alternate dimensions inside the hotel, the book is pretty straight-forward in that way. It’s my least favorite of the three Murakami books I’ve read so far, but that doesn’t mean it’s bad. I just think there wasn’t as much to grab onto as in his other works in terms of substance. In any case, the giant dork in me was happy with the overall novel, but the reader in me hopes to read some more texts in the same vain that decide to go the distance.