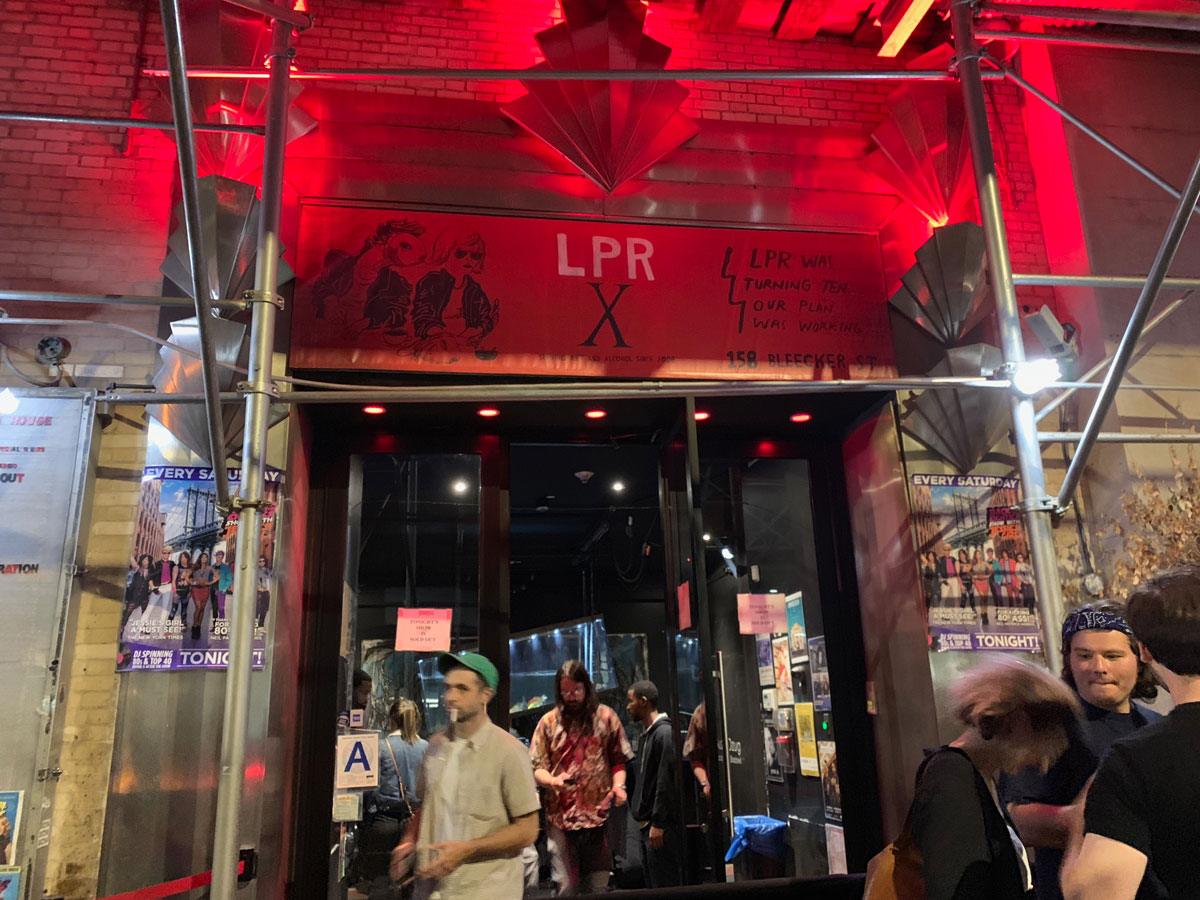 I thought I’d seen and/or heard of every live music venue in Manhattan. I certainly don’t have Brooklyn covered, what with every bodega and auntie’s living room having a hidden music space behind that unmarked metal door. But then I got an email solicitation for a show I knew I’d be interested in at (Le) Poisson Rouge. What in the ever-living hell is that? I mean, I didn’t take French, but I think that’s the red fish. But now Google translate tells me it’s actually the goldfish. Well, that changes things! Anyway, I had never, ever in my life heard of this place, but it was seriously intriguing. Even though it’s apparently been open since 2008. Which, truth be told, is when my live music watching days were on the decline anyway.

My first thought is that the reason (Le) Poisson Rouge hadn’t made a blip on my radar is because they generally don’t showcase my “kind” of acts. I’m an indie rock guy by nature. So I’m more apt to find stuff I want to hear at places like Bowery Ballroom and even Mercury Lounge on occasion. And, of course, the aforementioned spate of Brooklyn establishments that are just a little tough for me to get to and back on a weeknight. This establishment has all sorts of stuff that I fail to even recognize. Not even so much that I’ve never heard of the acts or artists, but I fail to even understand what the hell they are. They vary from what I imagine are some sort of interactive art installation type thing, to cabaret, to burlesque. Showcasing things akin to The Slipper Room or Cutting Room. But with actual dinner theater. In the round. Point is, the only reason I even discovered this cool joint is because Spencer Krug of Wolf Parade, who is a dramatic showman in and of himself, was doing an “intimate” show there. And I was down for that weirdness.

The space, when you walk in, feels a bit dungeon-y. Not in like a medieval way. But in an arty, S&M kind of way? Black walls and ceilings that lead down into a subterranean venue, complete with hanging fishtanks from thick chains, black booths, black paintings that may or may not have been created at the hands of a schizoid lunatic and an art gallery featuring stuff that would make a priest vomit. Frankly, it all feels a bit like a Nine Inch Nails nightmare. Something tells me there has been more than your normal amount of latex marched though this joint. This is all me looking around corners for the gimp, and probably not reality. But there is definitely a bit of a torture vibe going on. The whole place feels a little like an underground labyrinth. I’m sure some serious “art” has happened here, though.

I’m not certain if the performance space is always set up the same way, but for my particular show we got to see Krug in the round. I can’t say I’ve ever experienced this exact thing. We kind of looked at the stage and picked a table we hoped would not be looking at the back of his head. Turns out, we chose well and got a face-forward view of the dude as he sat at his grand piano. The space is pretty small anyway, so there isn’t a bad seat anywhere, but being behind someone would be a little weird. We were close enough that I could have beaned him with a spitball with very little effort. That’s when we could see him through all of the smoke. Fake smoke, mind you. But their fog machine was working overtime. And it sounded like perhaps we were being hustled out afterwards for a bubble party of some sort? So apparently they also have an industrial bubble machine? Weirdos.

We actually ate sat our table and ate and drank. Though going back to look at their menu to remind myself what I actually consumed, I don’t see a food menu on their site any longer. Maybe that’s a result of COVID, but whatever it is I did eat I recall being surprisingly okay. Dinner theater, who knew? Besides the tables — which are set up kind of jazz club or Goodfellas style around the space, but in a more substantial way — there is a standing room-only area around the bar. As an olde (the ‘e’ makes it special), I was happy to sit. Especially seeing as the artist was also sitting [on a bench behind a piano]. Making me feel less like a lazy asshat. But the sounds was great. The view was amazing. And the location — despite the slightly serial killer bent in and around the venue — was actually pretty cool and unique.

And, look, I’m probably never going to go watch a burlesque show. Or some of the artsier things this joint puts out there. But I would most definitely come back when and if they get an act in there that keeps his clothes on and doesn’t wear one of those zippered hood things. With perhaps a guitar and some drums. The goldfish is alive and well.