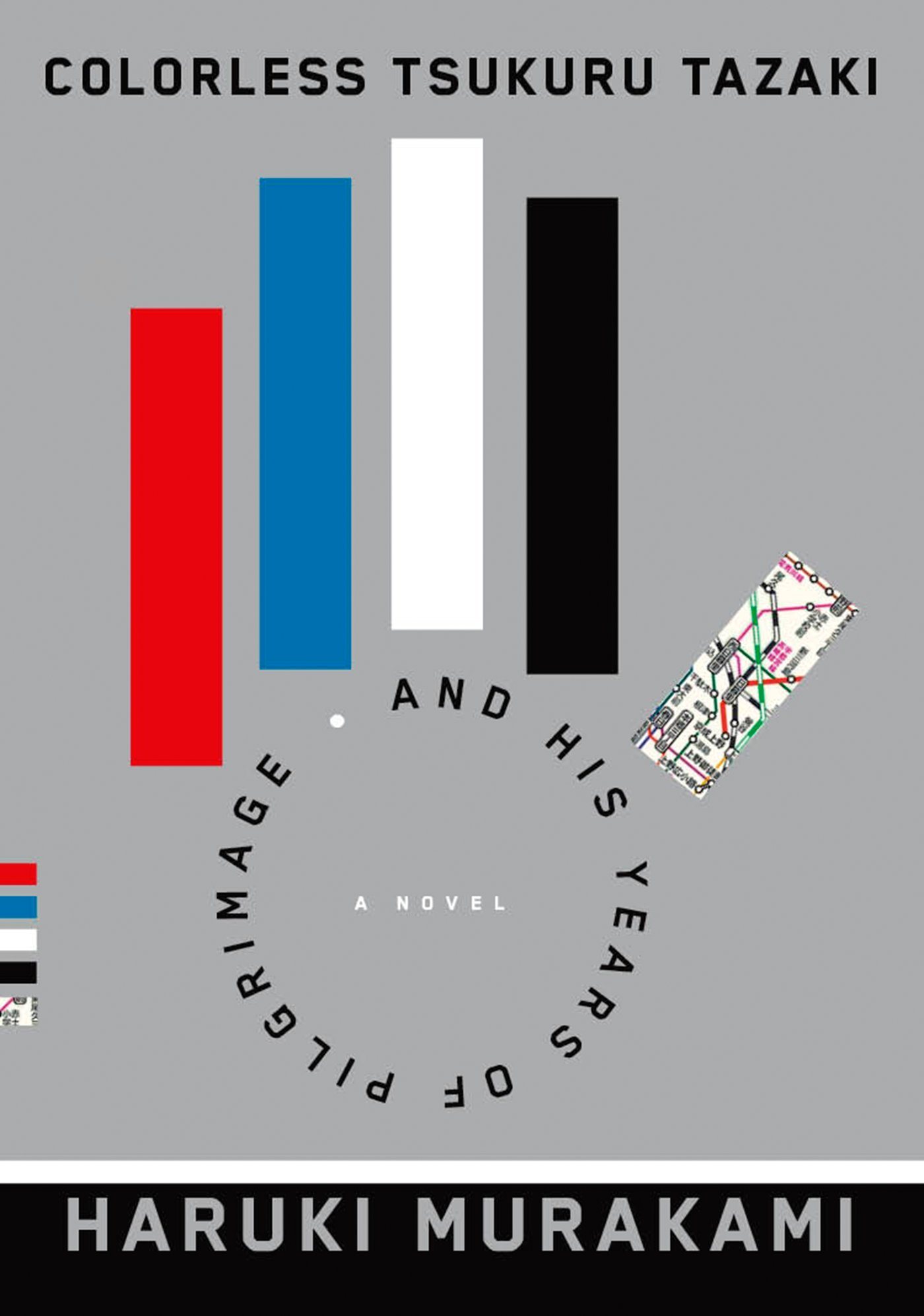 Colorless Tsukuru Tazaki and His Years of Pilgrimage

I’ve read a bunch of Murakami over the years and am starting to wonder if, like Kurt Vonnegut and Stephen King before him, I have moved beyond him and would be better off leaving his tales for the young and less jaded of our world. It’s not that I now dislike or don’t appreciate Murakami, it’s just that all the things I appreciated and liked about him have been repeated and repeated ad nauseum over the course of his bibliography. The writing is very samey-samey across all of his books and the characters seem to meander from one book to the next with very little change in inflection or surrounding-area influence. Despite actually naming this male protagonist (and putting his name in the title!) he’s still just a small variation on his everyman, lost mid-thirties empty vessel. Even if he was trying to fill this one with more emotion and not make him the wishy-washy automaton he has proliferated his narratives with for decades, he fails to differentiate him from any of his previous sad sacks. And, who knows, this all may be part of Murakami’s huge plan, but that doesn’t mean I’m not allowed to grow tired of it.

Where Murakami did veer in this one is the world in which he placed it. After the magical realism of 1Q84, he’s gone to the seldom-visited real world for this one. The gist of the whole story is that this guy, Tsukuru Tazaki, had four really close friends in high school with whom he did everything who up and dropped him one day with no explanation and he, as a now 35-year-old, never got over it. That is literally the whole thing. Like the whole plot. So we get to spend the book with this dude as he mopely explores new relationships that sour or have blockages that owe themselves to this old slight. And how better to get past a slight than to revisit the people who slighted you and ask them why they were so cruel as to do such such a thing? So, spurred by a new girlfriend, he sets out to uncover the reason behind his ostracization. And it turns out to be a pretty inane and stupid reason. Honestly, this being Murakami, I though perhaps the story would point to Satan or some spirit that had interceded to change the course of the world and help save humankind. Honestly, I was waiting for it to delve into that. But, no, it was just some innocuous, semi-silly reason that’s kind of yada yadad. There were a few times in the book when it seemed like he might go there, with some bizarro dream sequences (which, truth be told, I had some trouble following in a couple cases) but they turned out to be weird red-herrings that lead nowhere. Not unlike David Mitchell’s Black Swan Green, where you’re like “here we go!” And he just shuts you the fuck down with his humdrum normalness.

And, so, you say to me: maybe the narrative had no intention of giving you that intricate plot and/or other-worldly thing that you expected from Murakami and was just meant as a character study about loss and whatnot. Well, to you I say that as a writer, Murakami generally seems more interested in the type of LPs a character has in his collection and how many sandwiches he can eat in a week (or the ear shape of his female characters) than he is the deep psychological underpinnings of the group dynamic and familial regret. He’s just not that guy — and that’s fine. But for him to attempt to write that book and eliminate the things he is good at gets to the root of why this book is such a disappointment. It would be like Bukowski or Carver writing a glossy a sci-fi shoot-em-up. What would be the point? There are others who do that better. So you just end up with a middling post-modern novel about a guy who can’t come to terms with shit.

Look, I said from the start that perhaps the quality of his books hasn’t gone down and that perhaps the 15-years-ago me would have loved this, but at this point I might just be over it. That said, I’ll always have memories of his other wonderful stuff that I loved contextually in my younger years. And, who knows, when I inevitably forget my own critique and buy his next book, I may be totally back on the bandwagon.