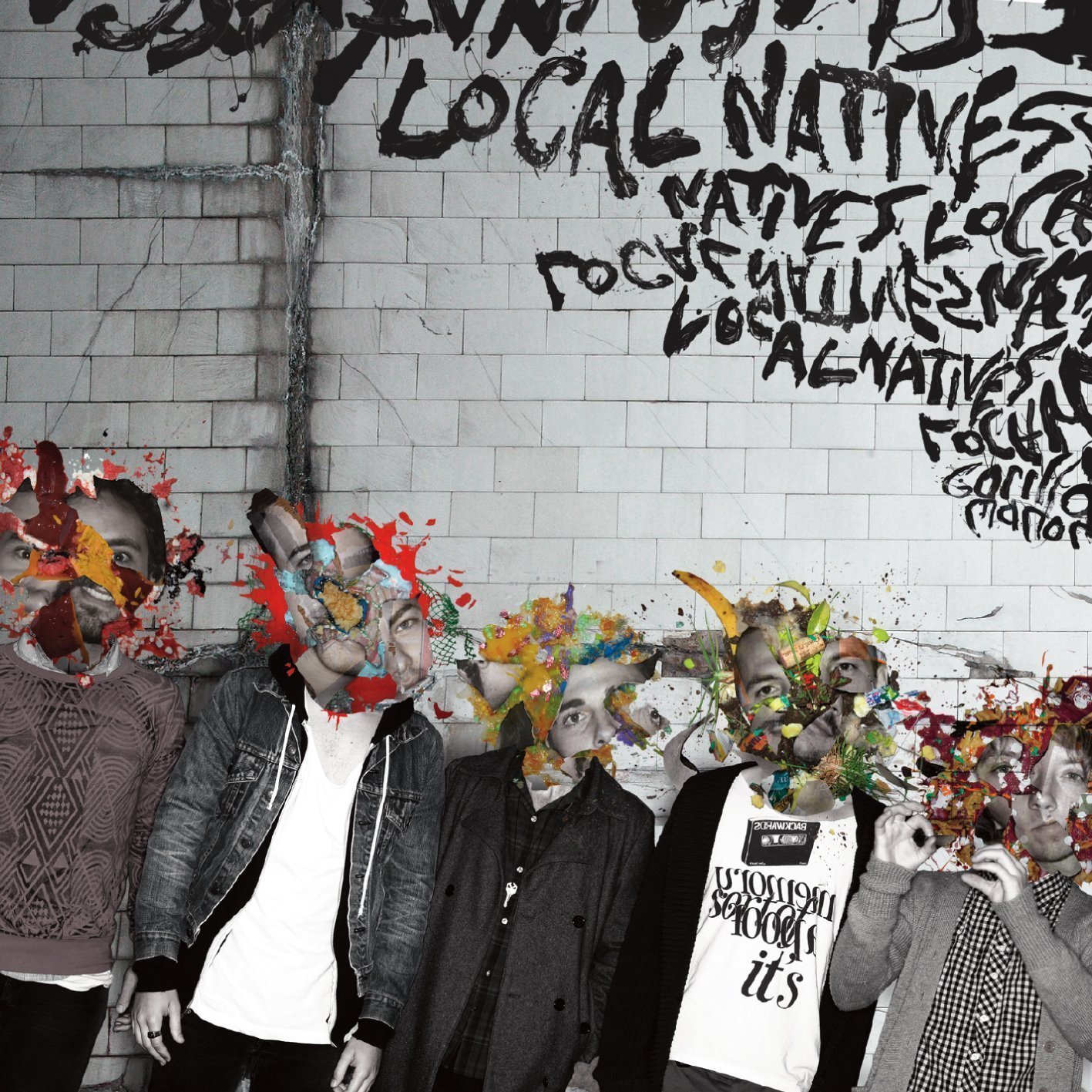 I know people fucking love Grizzly Bear and Fleet Foxes and stuff (and I’d have my fake hipster card revoked for saying otherwise), but I’m not sold. And then every blog left of the sun goes and compares Local Natives to them. Ick, I thought, why would I go ahead and buy something that sounds like something I don’t particularly dig? And then I actually heard Gorilla Manor playing on a co-worker’s computer. Not really having a compass when it comes to Grizzly Bear, for instance, my touchpoints for Local Natives are more along the lines of bands like Vampire Weekend and Ra Ra Riot. But these guys kind of straddle that divide with much weightier songs than the former and more complex melodies than the latter. It’s not to say they’re dead serious or anything, but they come off as sincere and not hipster flippant and/or icy about their subject matter (as fuzzy as it can sometimes be). Perhaps some of the echoey production, layered group vocals and haunting folk-like melodies add to the fleshy feel of the whole thing. It has a bit of nostalgic pageantry that keeps itself in check for the most part, but can, towards the end of the album, suffer from a bit of sag and over indulgent fatigue. A dense listen to be sure, my hometown guys are pimpin’ Silverlake like the good Brooklyn band they could otherwise be.