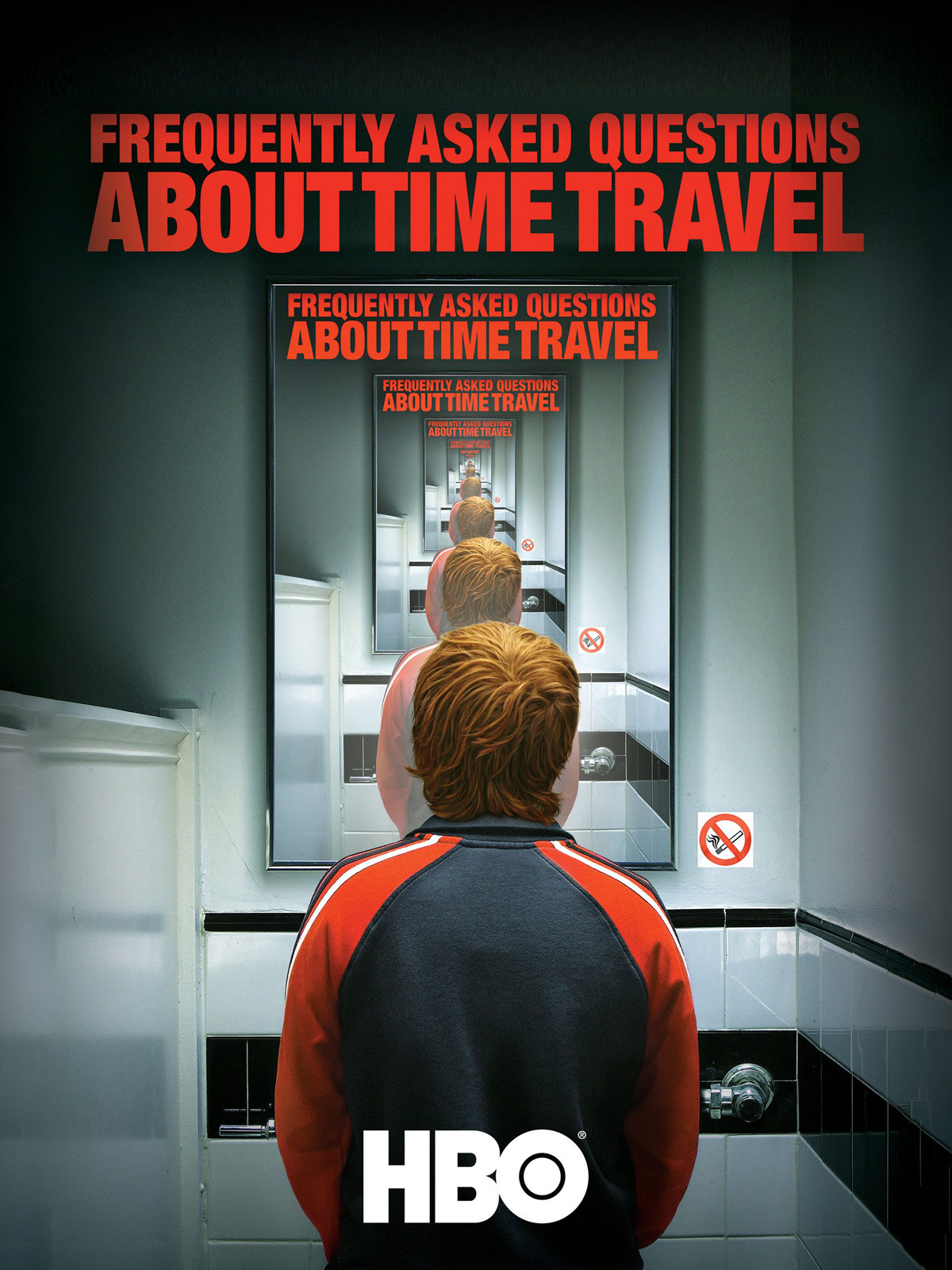 I’m not at all aware of what made me watch a ten-year-old movie with what amounts to an awful title. I mean Frequently Asked Questions About Time Travel is a truly terrible name for a film. But I am a sucker for time travel narratives, so I figured why not? Well, it turns out I should have been more discerning with my choices and just stayed the hell away.

I imagine the creators of this film saw Shaun of the Dead and figured there was a market for pub-based, British comedy genre films. In fact Edgar Wright doubled down on the drunk-nobodies-in-a-pub-save-the-world thing in 2013 with World’s End. So I suppose these guys were onto something when they made this in 2009. But with like one twentieth of the budget and half the creativity.

So, what do I like about time travel movies? Probably the same thing that one of our main characters in this film, Ray (Chris O’Dowd), enjoys. It’s the rules and twisty-turny conundrums and paradoxes that apply to it. It’s watching a time-travel film and then trying to unwind it afterwards. Poking holes in it and then confusing myself with how one thing could be if it never came before. That kind of stuff. This narrative uses the meta approach of having three dudes in a pub essentially talking about time travel and movies that employ time travel, only to be sucked into time travel themselves. Ray happens to be like a time travel truther who is then approached in the same pub the same night by a time traveler, Cassie (Anna Faris), who is not so good at her job. His friends, of course, don’t believe him because it would just be too convenient that the guy into time travel is approached by a theoretical time traveler. As a viewer of the film, I kind of feel exactly the same way.

We then find out there’s a “time leak” in the pub, which happens to be in the men’s bathroom. There’s never a real explanation of a what a time leak is, how it works or why it only seems to affect the three guys who we happen to be following and nobody else, but… Yes, and here’s the issue. The character who is into time travel talks about the time travel rules. We know time travel has to adhere to rules. However, the time travel in this film doesn’t follow any rules. The writers just seem to wing it and not really care that they’re destroying their own conceit. Also, ironically, the thing that seemingly causes all this is a write up that one of the characters puts into his “idea notebook” about how Hollywood can stop making sucky movies.

Over all, this feels like the pilot of a semi-entertaining British television show. Perhaps it’s the clearly small budget and singular location, or perhaps it’s the narrative stumbles and awkward writing that usually permeate the pilot episode of any show. Uh, Chris O’Dowd is entertaining. But that’s about it.