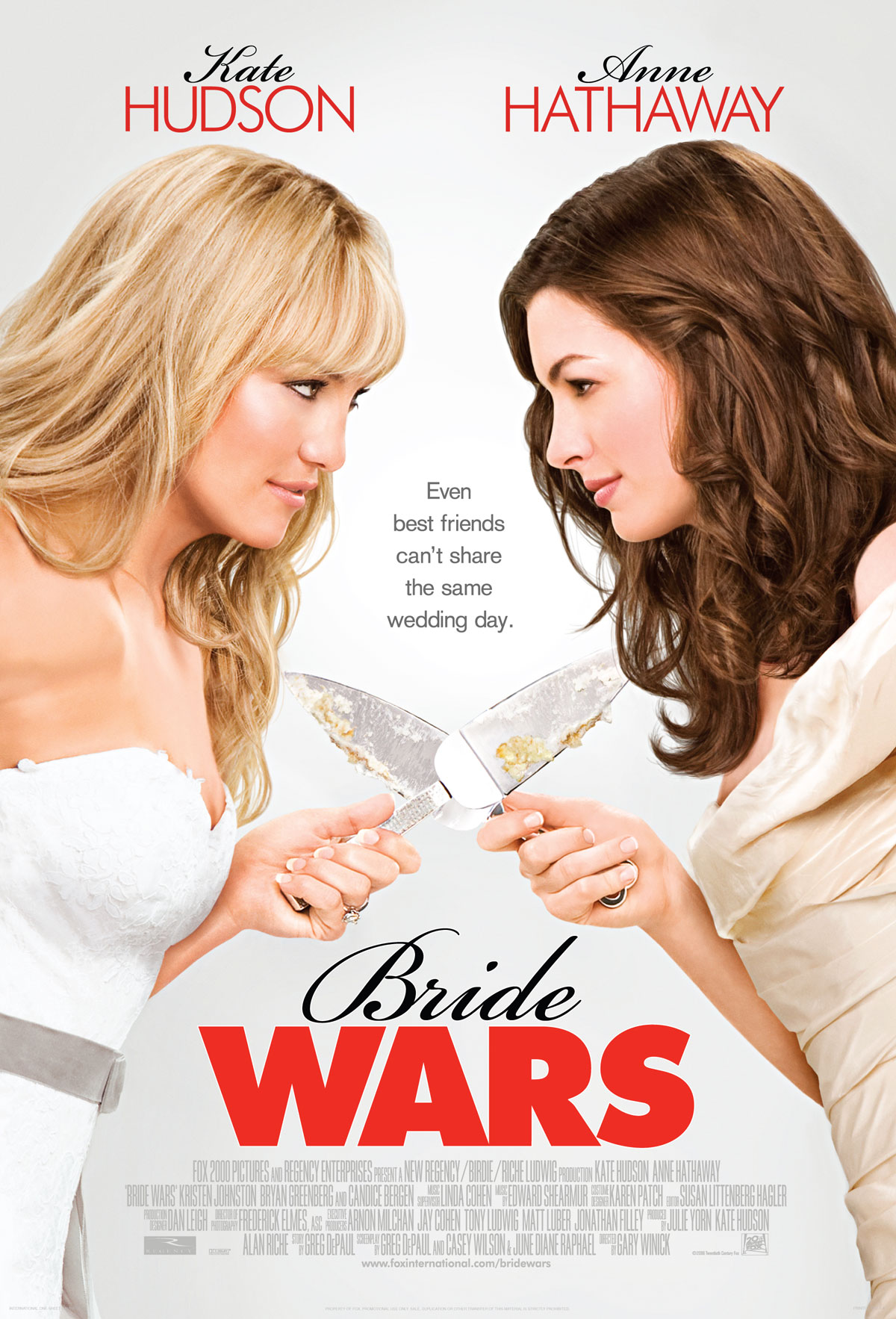 I want to first say that this movie is a complete waste of time. It’s an airplane movie. A movie to wash dishes by. It’s a warm bath and razor blade movie. The narrative was created using some sort of computer plot generator and the director somehow made both Anne Hathaway and Kate Hudson (who are usually kinda cute in their own ways) look pretty gross.

The gist of the story is that these two chicks who are inseparable friends both happen to be dating guys who propose to them on the same day. Whoopee, let the shenanigans begin. They both somehow can afford weddings at The Plaza, and due to a booking error by the wedding planner’s secretary, their weddings are booked for the same day. Oh no! That means they can’t possibly be each other’s maids of honor. How, you may ask, could this possibly happen? Such horror! Did I mention there are all sorts of absolutely horrendous directional decisions here? There are like weird musical montages that use still photos of the girls gallivanting and frolicking amongst computer generated frills. It’s absolutely nauseating and for some reason made my kind of angry.

So you’ve seen this one a million times. The girls initially take the news well. And then the snarkiness starts and then out and out war. One dies the other’s hair green. One dyes the other’s skin orange. They both get new maids of honor who are quirky and don’t know them as well as the other bride. And, do you think by the end of the film–after trying to sabotage one another mercilessly–that they come to the realization that they miss and love each other? I’ll let you take a guess, but let’s just say that there isn’t a single surprise here. I’m trying to get my head around how Hollywood can make such absolute garbage, but it’s really not worth my time.