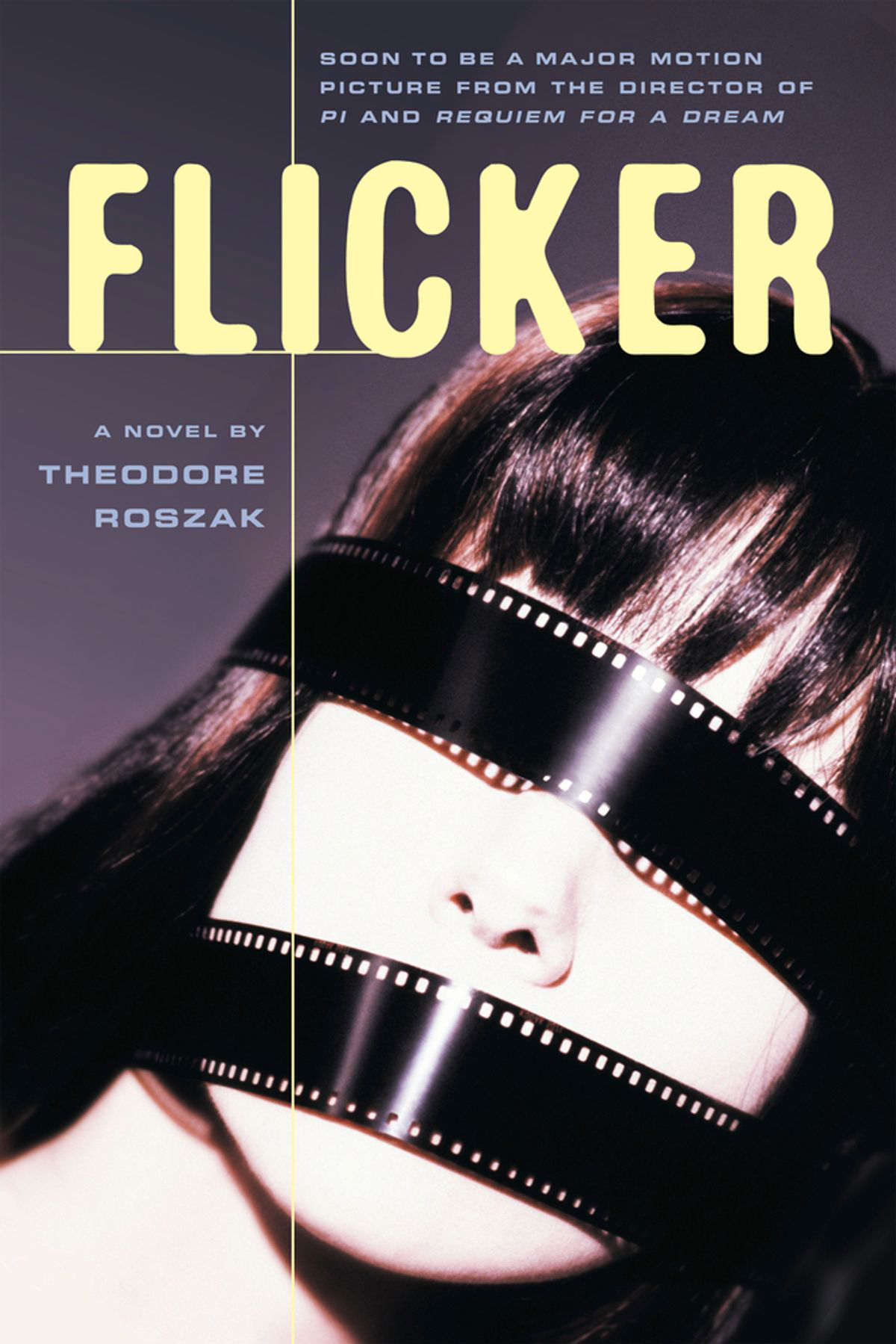 This was one of those books that sounded endlessly entertaining in its description, but started to pale when reading user comments. Despite some less than enthusiastic feedback, and a somewhat daunting page count for a summer read, I pressed forth and hit the wham-o button on Amazon. This sat on my shelves with some slimmer, lighter fare, but I knew eventually its turn in the queue would come around. By the time I finally acquiesced and hefted the thing from its home, I only had a vague recollection that some nudnik or other had said the plot lost focus in several instances and went spinning off into the miasma of book-ish film theory and tales of grandeur. A sense of dread descended as I cracked the spine–I had read enough pretentious film theory in college to send me into convulsions whenever anyone even whispers the dreaded terms ”experimental,” ” mise en scene,” or ” chiaroscuro.” Afterall there are only films you can see or read about that involve fusing melted colorforms to the celluloid or using Barbie dolls to act out the story of Karen Carpenter (which is about as subtle as a Scottish accent). The book turned out to be a lot more than that. Roszak, a film studies professor himself, has his film professor lead character narrate the tale in the form of a memoir, talking about his trials and tribulations to write his definitive thesis on film director Max Castle. His story actually starts right before his first introduction to the director’s work and continues on through what we can only assume is the conclusion of the very memoirs we are reading. As it turns out his journey in researching Max Castle was much more interesting than the story of Max Castle himself. Roszak takes the plot above and beyond the intriguing mind of a forgotten b-movie director and into the realm of The DaVinci Code. Having never read that book, I’m merely making an assumption, but there are deeper studies of a group called the Cathars, Oculus Dei, the Templars, and secrets of the Catholic church. This is all discussed within the framework of film, but at some point movies fade into the background, and it is the apocalyptic messages of a religious order that take over. The movies are merely a vehicle to the masses in which to imprint their message that life is literally hell on earth. As our protagonist, Jonathan, gets deeper and deeper into his research, it starts affecting him in negative ways, robbing him of anything sunny or any kind of libido. The movies are obviously having the correct affect. Oddly enough the book itself had a similar affect, kind of bringing a pall over everything. I did find myself thinking about it a lot, and looked forward to reading it every night and morning. My fears about it being scattered were waylaid by Roszak’s apparent mastery of his subject matter. And while I’m still up in the air about the ending, it does provide a multitude of possibilities and kind of leaves you to draw your own conclusion–which is always fun. Despite being somewhat academic and quite odd in parts, I really enjoyed the thing, and figure through shear will of originality that it’ll stay with me for a long time to come.