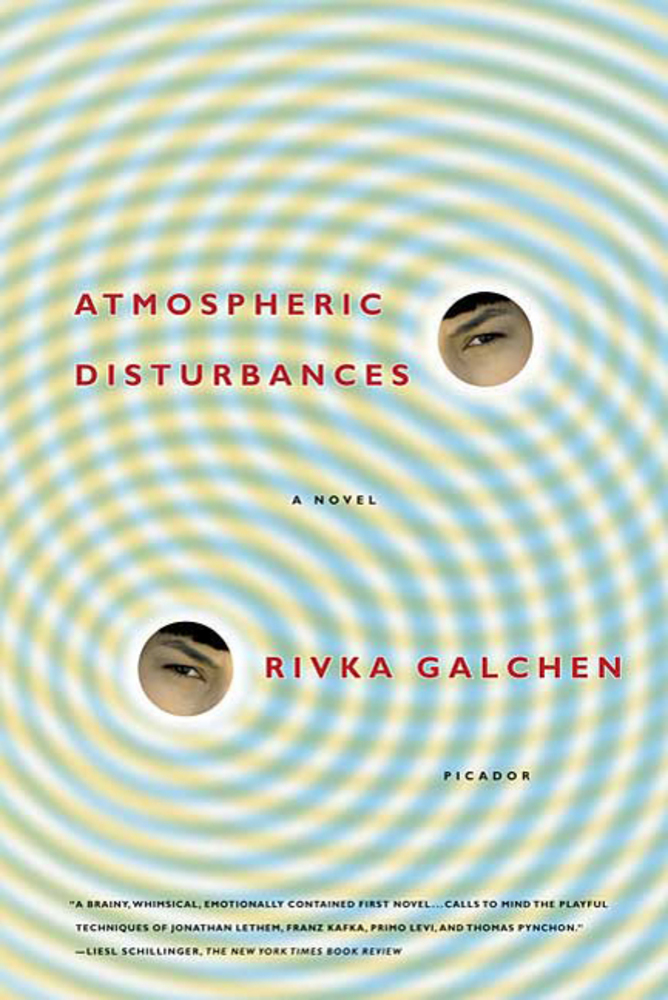 If you’re a true nerd like me, you download the Slate book club podcast. If you’re even a bigger nerd, you download the podcast without reading the book first just because you enjoy hearing people smarter than yourself talk about a book in great depth (the podcast is 45 minutes long). One such week the folks at Slate debated the virtues of Atmospheric Disturbances. And while not all loved every aspect, it was pretty unanimously praised. Enough so, certainly, that it piqued my interest and got me to drop my cold hard cash on a copy myself.

One of the more interesting aspects of the book is the author herself. A trained physician who left to become a serious writer, studied at Columbia and got a fancy fellowship. Clearly a smart woman. And, more interestingly, creates a male lead character and narrator for her first novel who is never not present in the storytelling. She also, like all good post-modern writers, rolls in some pieces of her real life into this tale of a man searching for something he can’t find. That dose of realism comes in the form of the mysterious Tzvi Gal-chen. Galchen bases him almost entirely on her own father, even using a photograph in the book of him in some 70s leisure attire. Could she, like the character in the book, be searching for answers and acceptance from her distant father? Could she? Could she?!

But let’s back off the psychobabble for a second. The story revolves around Dr. Leo Liebenstein who comes to the realization one day that his wife–the woman he lives and shares a bed with–is no longer his wife. That’s right, she’s been replaced by a simulacrum. A copy. A fake. He has little proof other than the fact she brings home a dog. And she hates dogs. And then there are little things that this intruder does that make her not his wife. As the book progresses he becomes increasingly obsessed with the disappearance of his wife despite he technically being right there. The further he sinks into his paranoia, the more we kind of follow him down that rabbit hole. Did I mention he’s a shrink? And that one of his patients, who thinks The New York Post speaks to him about weather control, is actually missing? At one point he and the simulacrum team up to try to find the missing patient by pretending to be the meteorologist extraordinaire, Tzvi Gal-chen. The problem for Dr. Leo is that somehow his reality flips and his real, solid flesh and blood wife becomes a phony and Tzvi becomes his real go to confidant.

And then I have no idea what’s real and what isn’t. Is our main character admitting to himself that he never truly knew his wife? Is he a delusional schizoid? Is she really a fake version of her former self? Whatever the case, there are scenes where he is conversing with people whom I have no idea if they’re actually there or if it’s somebody messing with him (including his psychotic client and/or wife) or if I’m just too stupid to understand. Most likely the latter. Add to that some actual meteorology talk and you have some scenes that border on Pynchon territory. In fact the book does remind me of the only Pynchon book I ever made it through, The Crying of Lot 49. Not that that’s necessarily a bad thing, but I’m no Slate brainiac. I think there’s a great idea here, and there are parts of the book I really enjoyed. There is real emotion sitting amongst the scientific facts and bizarre behavior, but it may have been just a little too cerebral for its own good. It was that close. I’m very much looking forward to her second novel, but would tell her to dial it back just a little bit so those of us that didn’t leave Princeton early to get our M.D. can join in the fun.