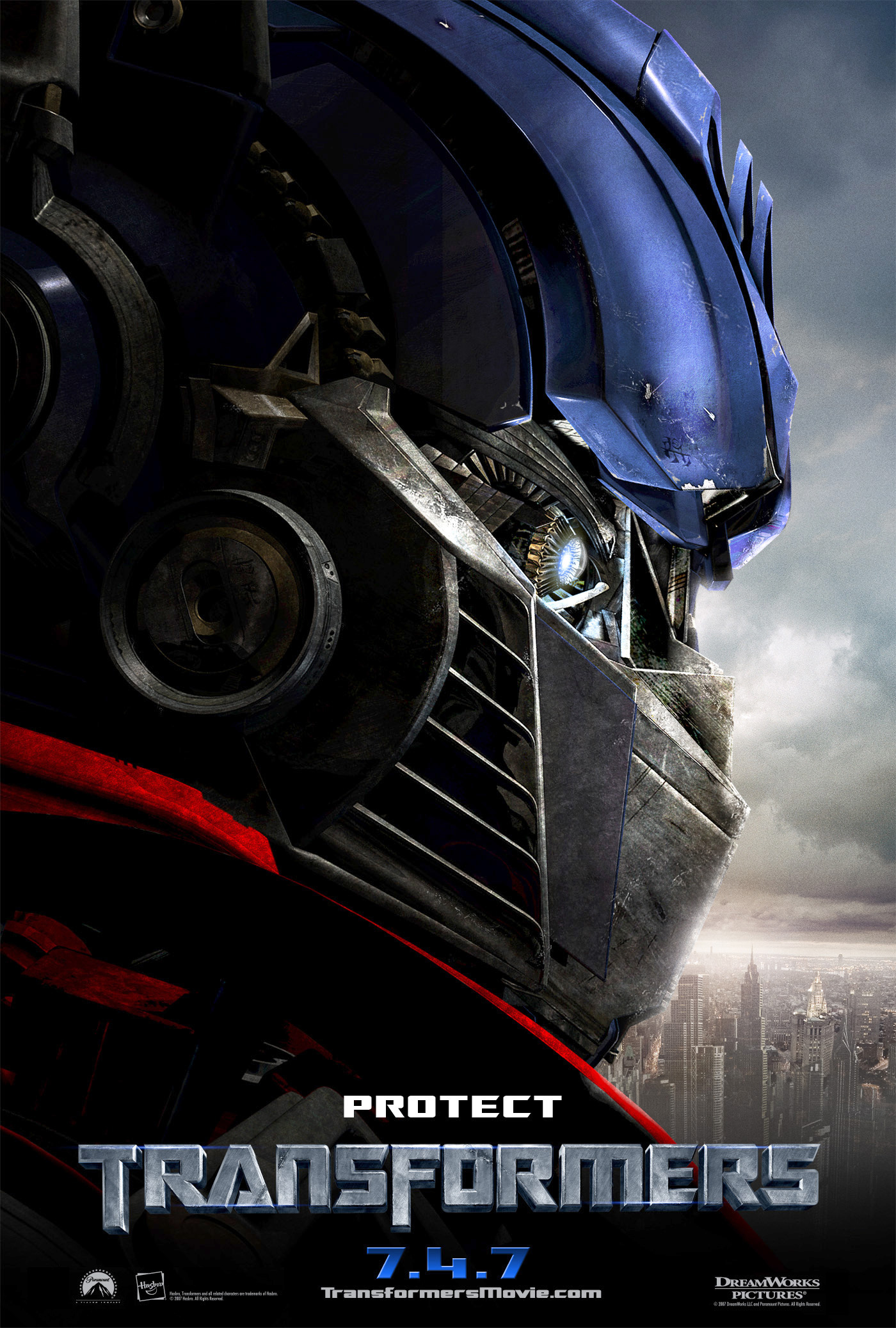 Oddly enough, this was a rental request from Ms. Hipster. “Balderdash,” said I, “this summer blockbuster Michael Bay pabulum will be nothing but rubbish–pure rubbish!”

Turns out my lame British self was only half right. Was this anything but a giant explosive Bruckheimer-type machine? Nope. Did it have some of the most ludicrous plot points and fake technology loopholes since Will Smith uploaded the “virus” to the alien mothership via his Sony VAIO in Independence Day? Yes? Script inconsistencies? Surely. Over the top acting? You betcha.

So what made this thing so damn entertaining? I mean I wanted to hate the thing, but kept finding myself charmed by toys I once kept in my closet and lost just about every piece to. What did the Gobots do to deserve this disrespect? After all, they were first. I only vaguely remember the Transformers cartoon, from which they presumably took the Transformer’s personalities in this film version. While I played with my Transformers, I don’t recall them doing a lot of talking, but maybe I was an uninventive boob.

But back to the fact that I actually didn’t hate this movie. I must have said, “Oh come on!” like fifty times, but I suppose it’s not a sci-fi blockbuster without some preposterousness. And however hard I wanted to hate Shia LaBeouf’s completely over-the-top, manic performance, I can’t help but like the kid. Chalk it up to the sentimentality of being one of five people who watched the second season of Project Green Light, but the dude has something. It didn’t hurt that his co-star, Megan Fox, is indeed just that. The camera absolutely loves her–and I imagine so does a whole nation of horny 15-year-old boys.

If you can put aside some silliness, and all the aforementioned issues (including the fact that at three different times one of the main characters in the plot is called Shia LaBeouf’s grandfather, great grandfather and great great grandfather–continuity be damned), this thing is just the ultimate in eye-candy and out-and-out fun. I was never bored, my attention never wavered and I got to see lots of American cars turn into robots and shoot stuff. It’s tough to give automobiles personality, but Bay somehow pulls it off. Giving them a sense of humor and some goofiness probably helped. I suppose when you expect so little, there can be nothing but upside. This is definitely a big screen TV and surround sound kind of experience, so just pop some corn, sit back and let your mind go.