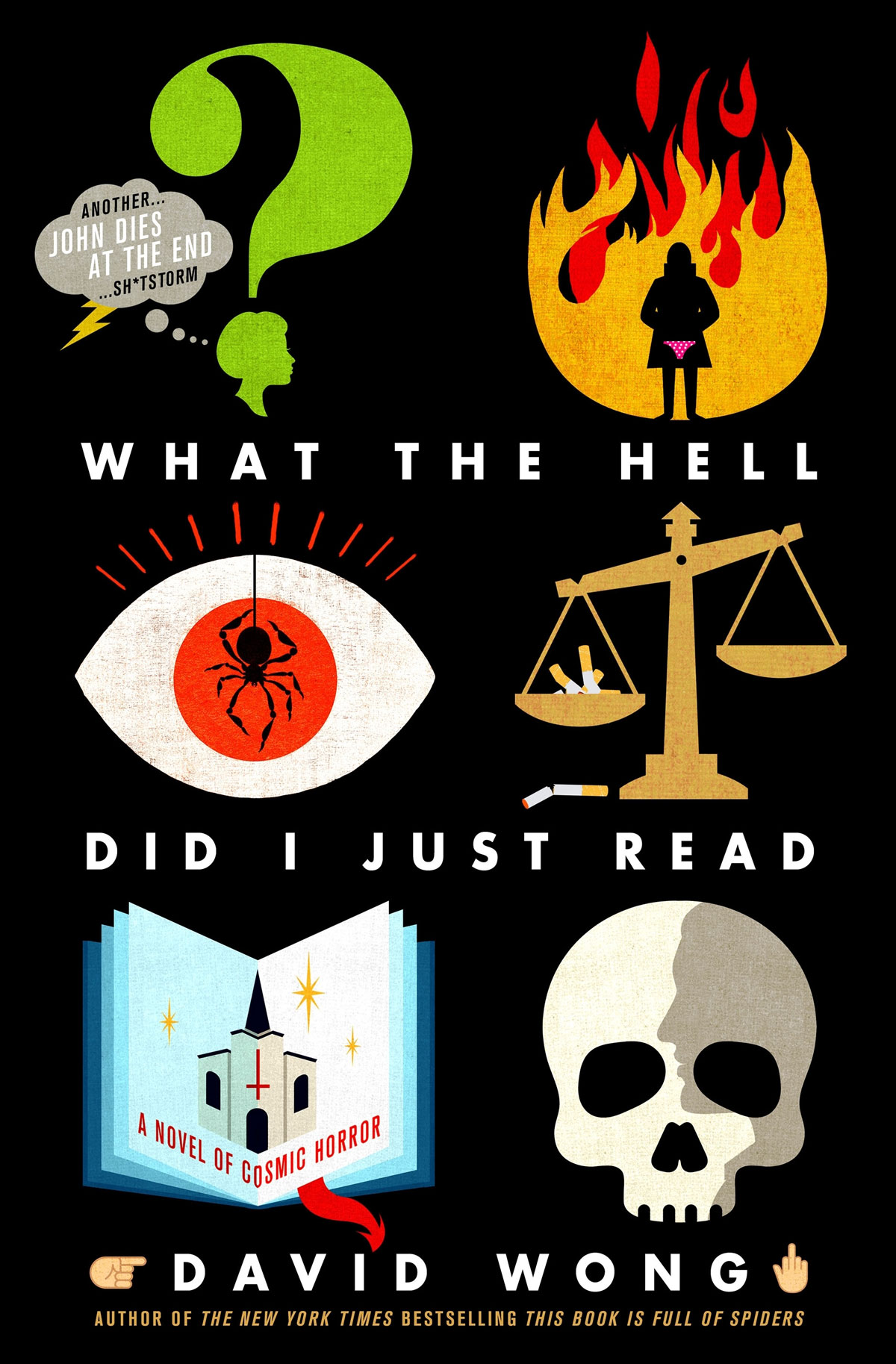 What the Hell Did I Just Read

Because, honestly, there is so much and so little going on in this book that I finished it and had no idea if I enjoyed it, tolerated it or just kind of hated it. Though hate is a strong term. But, look, it all started a couple novels ago with the relatively well-know, John Dies at the End. It was a clever story with a fresh, original voice that really spoke to me in its nihilistic slacker humor. The follow-up, This Book Is Full of Spiders: Seriously, Dude, Don’t Touch It, had an equally clever title, but the territory it inhabited felt warmed-over only two narratives in. And the dick jokes were overwhelming and not to my taste (so to speak).

In this third go ’round, we have the same protagonists in Dave, John and Amy. We’ve kind of already gotten past the interesting part where we’re introduced to their awful Midwestern town, Undisclosed, and seen the weird connection Dave and John have to all the terrible things that happen in the town. So all there is left to do is do a one-off procedural of sorts. In other words, with all the world-building, lore and character development out of the way, all Wong has left to do is essentially tell a closed-end tale of one particular creature or incident for our protagonists to endure. Which, at least to me, felt a bit like him fulfilling a trilogy publishing contract. Kind of half-assing it. Which is a funny comment if you’ve read the book. If not, it’s not.

I’ll dispense with the narrative other than to say it all takes place in the town of Undisclosed and involves some relatively confusing stuff with some evil entities that can plant false memories in peoples’ heads in order to get them to adopt their pupas. Which will then hatch and destroy the Earth. I think. As usual, John and Dave are mixed up in it and, along with Dave’s one-handed girlfriend, Amy, must save the day. There’s an inordinant number of sex toys and oddball characters. But mostly there’s some convoluted narrative stuff where the characters each tell stories from their perspective. Not like a Rashomon-Style thing, but a kind of inconsistent gimmick that has little to no payoff. Unless I’m missing something — which is completely possible.

This all leads to the moment when the two dudes take the “soy sauce.” A substance we’ve seen in the other novels that gives them the ability to see the creatures for what they are. But instead, in this book, they apparently black out and the gimmick turns into Dude, Where’s My Car? You know, when characters do a bunch of stuff in blackout and then have to piece together the clues they left themselves the night or days before. Wong, knowing that it’s a bit of a direct rip, even has the characters mention the movie in their dialogue. I guess that’s one way to do it.

Thing is, instead of the book being a funny, psychological thing, it turns into more of a shoot-em-up mess. Any twists feel a bit ham-handed and not particularly smart. And it’s obvious Wong has the ability to do smart, but just not here. You do get the sense that some of the David Wong in the story (who, like Pargin, seems to just be a white guy despite the Chinese name) is actually autobiographical, but not necessarily. It seems that this meta-narrative could have been an avenue he could have explored in order to give it the specialness or uniqueness of John Dies at the End, but maybe he just ran out of juice and will reboot with the second in the Futuristic Violence and Fancy Suits series, Zoey Punches the Future in the Dick. Or, maybe not…