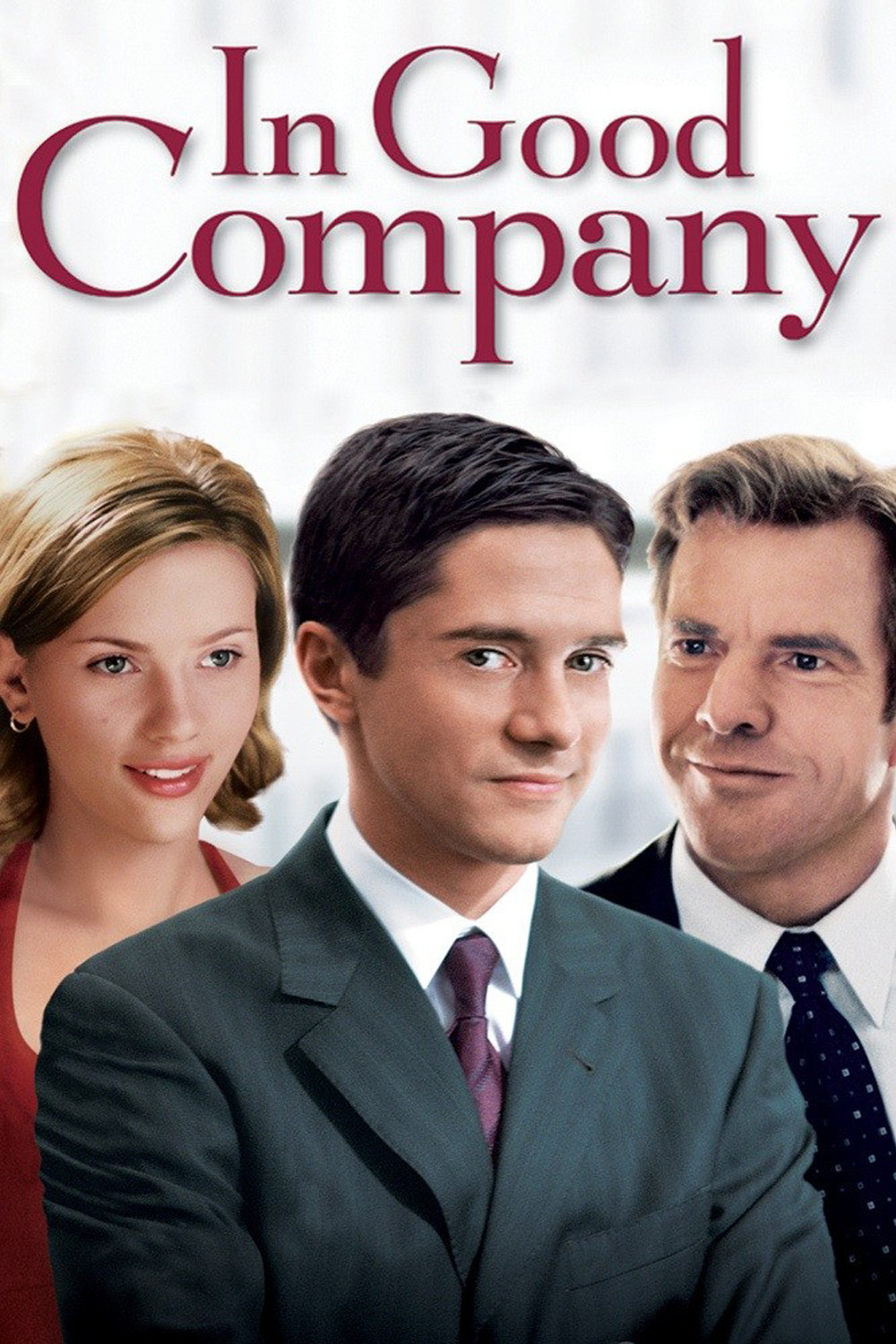 There’s a weird sheen over this whole movie. Perhaps it’s the strange similarity (in title only) to In the Company of Men. In fact, when I put this film in my queue, I think I meant to rent that other film. Because of the mix up I expected an edgy indie film, and not the poorly written studio film I ended up with.

Dennis Quaid has never been more than a one-note actor, and he really doesn’t rise above that here. But he does have that everyman quality (albeit a rugged, good looking everyman) that is endearing despite his somewhat awkward, controlled delivery. And then the writer/director made him play goofy. This is not Dennis’ thing. In fact, any man over the age of 40 shouldn’t be doing goofy–it just comes off amateurish. There’s a scene in the DVD outtakes in which Quaid’s character is so desperate to appear youthful that he dyes his hair in his office before a meeting. The dye subsequently drips down his head during the meeting and he has to run and stick his head in the bathroom sink. Now that’s goofy amateur hour. And the director said he’s sad he had to take it out because it would have gotten a huge laugh. Yeah, from the same people who thought old people dancing to hip-hop in some sucky Chris Rock movie was hysterical. Wow, now that’s some subtle humor.

That was just one instance of the poor writing and convoluted story. It’s obvious from the commercials exactly what happens in the film, so I don’t think I’d be giving any thing if I told you a giant asteroid destroys the earth. Okay, I kind of only wish it did so I didn’t have to watch Quaid fumble though another awkward scene. Even the scenes in this film that are supposed to be on the heavier side are undermined by the general stupidity that is going on. I think in the hands of an experienced writer (well, more experienced than Paul Weitz, the director of American Pie), this could have been a lot better. The concept of the older guy with a kid boss who ends up dating his daughter isn’t original per se, but they had a decent cast and the set up was pretty well. The execution just fell flat.

Topher Grace actually has pretty good comic timing, and, again, could have been more natural if given better direction and a better script. Helgenberger was a throw-away, as was Johansson, who is both sexy and strangely asexual at the same time. The true relationship, and true core, in the movie is between Quaid and Grace in their father/son duality. It’s almost like one of those switcheroo movies that were so popular in the 80’s where Dudley Moore becomes Kirk Cameron or Judge Reinhold becomes Fred Savage–but completely different. The movie just drags on too long, and wraps up poorly. It’s like a coming-of-age film a few years too late. It just misses the mark.