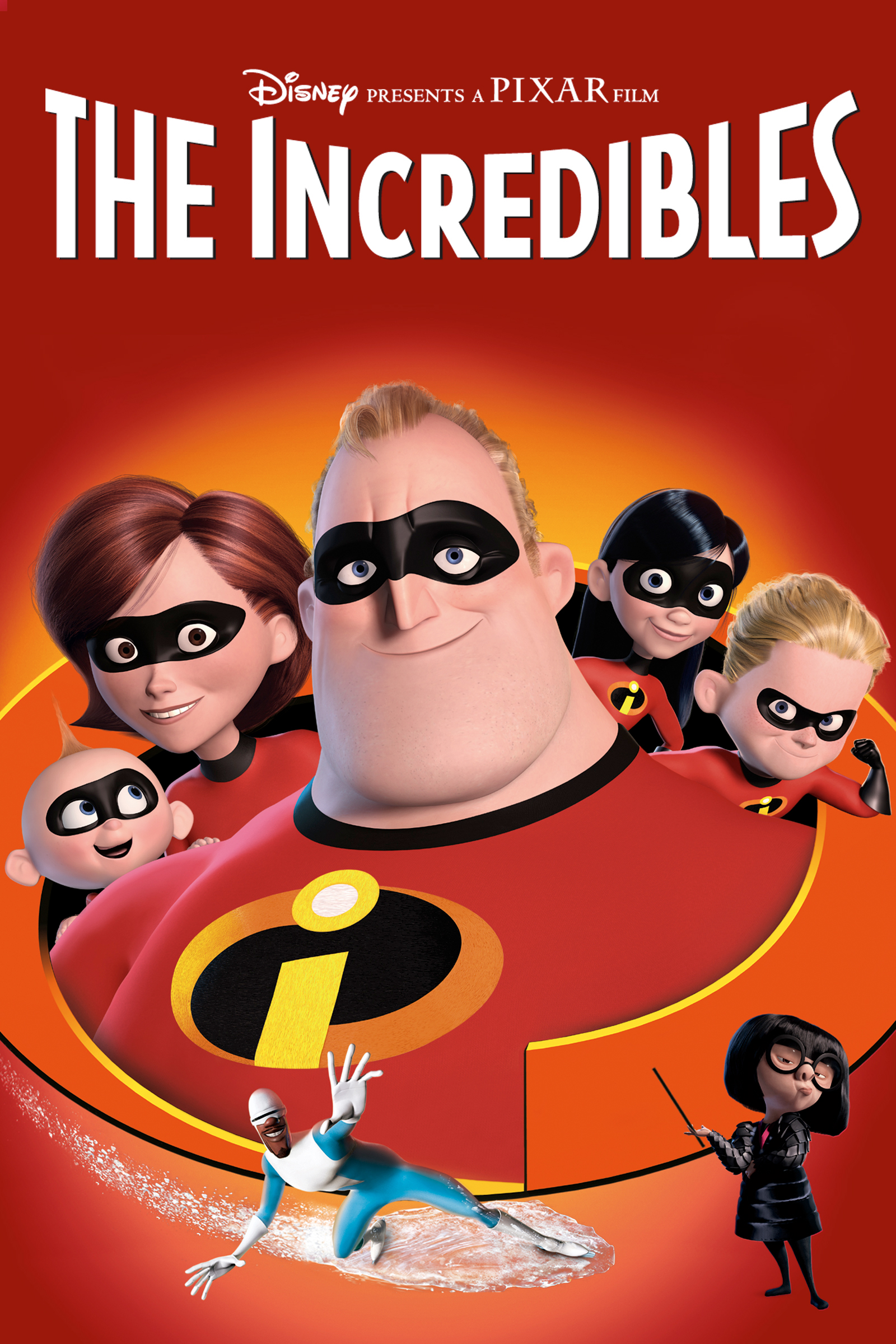 It seems all you have to do to make money in Hollywood today is hook up with Pixar, hire a few actors and make a cartoon that adults can tolerate. The Incredibles had a slight advantage from the beginning as it’s the first one of Pixar’s ‘toons that featured humans, and not some adorable fish or toy or something. It instantly skewed older and made it okay for adult males to see it without feeling like a kid toucher or just a complete pussy. God’ll nick me for that one and sentence me to eight years of playing pretty princess with my as yet nonexistent daughter.

Wrath and shit aside, this was a slightly different direction for this genre–a slight risk, but still a license to print money. Yeah, and I know they’re not called cartoons anymore, but “animated feature” just smacks of some sort of inferiority complex. The concept of this particular animated feature isn’t necessarily the most original, but it is based more in reality than a lot of these other cartoons. I mean, it’s the reality of superhero families and evil-doing baddies with crazy robots. There is, in fact, even a little darkness in the movie.

When the world has decided they’re had enough of superheros (after a rescue gone wrong leads to a lawsuit), all the heroes are forced to give up their superhero identities and are relocated to lead regular, mundane lives. Our main character, Bob Parr (Mr. Incredible), is reassigned with his family to suburbia, and has a string of boring, meaningless jobs. He is married to Elastigirl, who has also been forced to give up her superhero duties, and is now a housewife with three kids. The darkness does creep in a little as Mr. Incredible is dissatisfied with his life and seems like a guy on the edge. He quells his old superhero desires by sneaking out with one of his old buddies, Frozone, to sit in a car and listen to a police scanner to see if there’s anything they can do on the QT.

Meanwhile he gets fired from his job for throwing his supervisor through the wall, and his life is just basically in the crapper. Enter the mysterious, beautiful stranger. A stranger who is willing to put Mr. Incredible back in the superhero biz. So, he takes assignments from her, gets back in superhero shape and his life is wonderful again. The one issue is that he hasn’t told his wife what he’s up to. She thinks he’s still in his deadend job, but is so excited by his new zeal (and cash) that she doesn’t questions its source. And then she discovers he was fired a while back and that he’s been traveling around with a woman, and of course her first thought is that he’s having an affair. Again, not an original idea, but somewhat groundbreaking for cartoons.

Casting Craig T. Nelson of Coach fame seems like an odd choice on initial review. He’s no Tom Hanks or even Billy Crystal. Although, I guess when it comes to cartoon voices, big stars aren’t exactly the draw they are in live action.