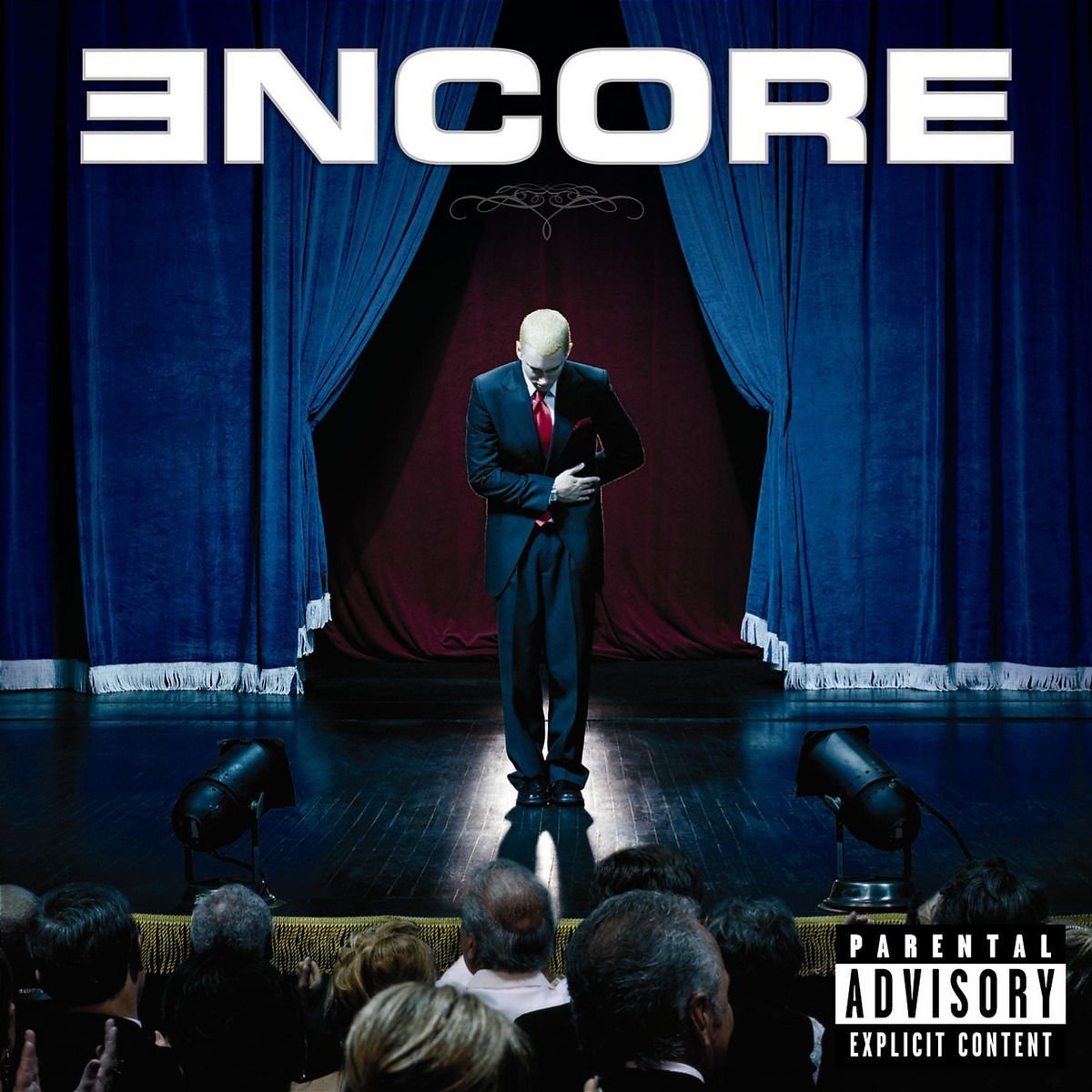 Where did this weird accent come from? On the second track, “Evil Deeds,” Eminem all of sudden has this strange pseudo-Triumph the Insult Comic Dog thing going on. I think that accent comes back on Relapse, and it’s annoying in both instances, as with the exception of “Ass Like That” I don’t think he even realizes he’s doing it. Luckily it subsides (but comes back on “Rain Man” and, of course, “Ass Like That”), but for some reason he just doesn’t sound like the same force he was on his three former albums (not to mention the 8 Mile soundtrack). It’s like he’s trying something new out, but it doesn’t quite fit him. His flow just seems stilted, and the power is lacking from his delivery. I miss the pissed off, crazy Eminem whose ADD outbursts are as shocking as they are amazing. This one sounds at times like a dude putting his diary to verse. Some of it is the over-the-top production, which fails him at times. Seems Dr. Dre was trying to make a “big” album, but it just sounds like a man drowning in background nonsense. As a follow-up to “Lose Yourself,” honestly one of the best hip-hop songs ever recorded (yeah, I fuckin’ said it), they couldn’t catch lightning in a bottle here and take something that is raw and emotional and powerful and bring the inside out. Instead it’s an amalgam of stupidity (like that same lead single “Ass Like That”) poop jokes (like “Lose It”), and wa-wa. C’mon man, bring it.