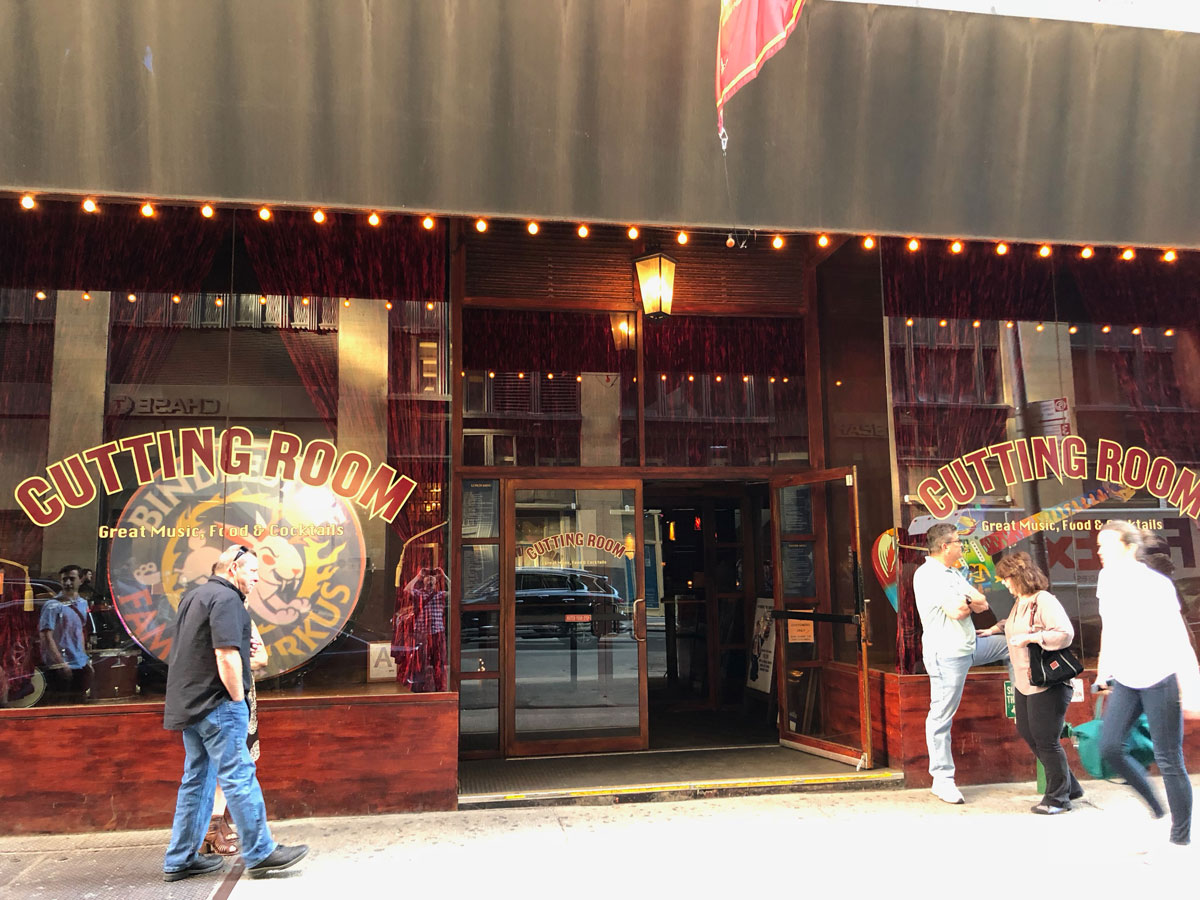 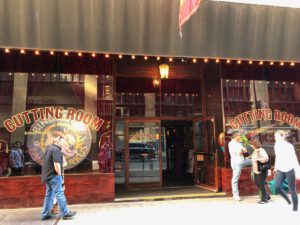 Hipsters by the dozen gather in this funky space to watch acts on the periphery of the periphery. The fact that the joint is co-owned by Mr. Big himself, Chris Noth, must have some part in pulling in reluctant NYC celebs from time to time. It must also account for the higher than usual Gucci and Prada quotient for a place so low on the social scale. We were there to see the last-ever show of the art-rock troop The Contessa, and were shocked when we emerged to find the lounge packed with drinkers and schmoozers. Apparently they were all there to see something called Le Scandal–a fuckin’ erotic cabaret! As if regular cabaret weren’t bad enough. While the joint wasn’t cheap, and was packed with some fancy-pants, social climbers, wanna-be celebs and dim-witted plastic surgery nightmares, the lounge space itself was cool in an unpretentious, old-school New York kinda way, and the help was cordial and smiled a lot. The performance space itself is set up like my living room during the Superbowl. There are more than a couple obstructed views, some standing, and lots of neck-craning–plus getting to the bathroom requires Edwin Moses-like skeelz. We didn’t get any food during the performance (they have the crab cake, calamari kinda stuff), but if took half as long as getting a beer, we’d need a microwave at our table just to nuke the stuff back to life. So, if you’re into a scene, and have your shit together, come on down and be sure to wear black. [MF]