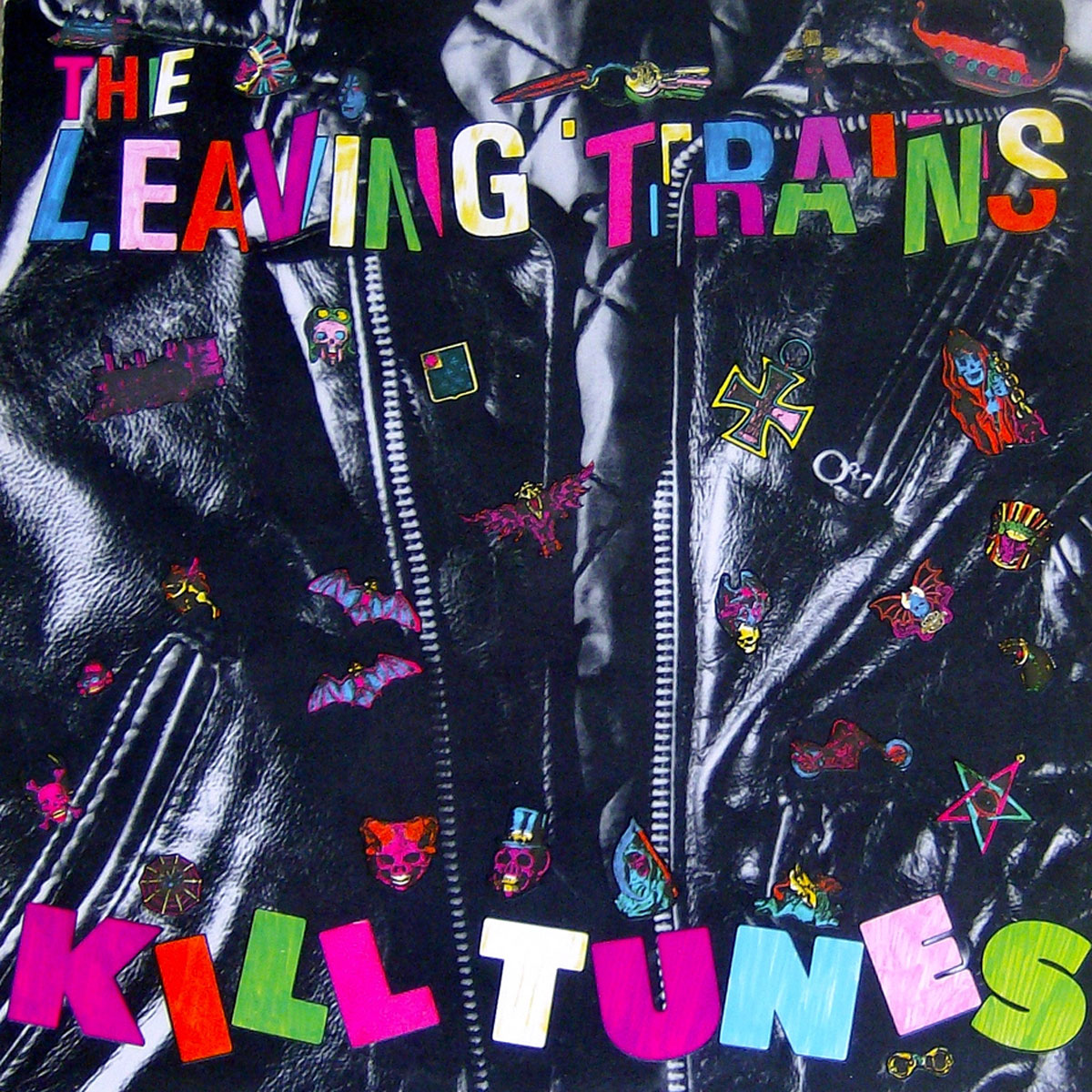 It’s weird that I was listening to this stuff as an 8th grader back in 1986. I mean, there wasn’t a whole lot in terms of mainstream exposure to punk-ish music other than the occasional late-night show on MTV (which was only four years old at that point) and maybe a DJ or two on KROQ in LA who stopped spinning Depeche Mode long enough to play something with actual guitars in it. The thing is, in LA there were bands. There were cool bands. Local bands. Including bands like The Leaving Trains and even the beginnings of bands that would surprisingly go on to deeper fame like the Red Hot Chili Peppers. But I went out and spent my hard-earned allowance on a cassette version of this album. An album filled with snotty, adult themes and lead by a guy who wore dresses on stage for no apparent reason and eventually married and divorced Courtney Love in 1989 and unsuccessfully ran for president several times (including this awesome appearance on the “Unusual Candidates” segment on The Jerry Springer Show). I’ve no idea if my parents knew I was so subversive in my musical tastes, but I imagine they probably thought I was hoarding Van Halen or Wham! records like the rest of the normal 13 year-olds back then. But in and around my Cure and The The tapes were these local LA bands that it felt like only me and handful of other people were listening to.

The first thing to know is that this album came out on SST. SST was the shit back in the day when labels meant something. You’d see that label mark on the side of a cassette and you’d instantly know that it was gonna be cool punk music. Or at least that’s what my mind told me. In all honesty I can’t recall how I first discovered this band; if it was just dumb luck or some radio DJ who played one of their songs, or some kid who was way more knowledgable than me recommending it. But whatever the case I found it and I played the hell out of it.

Is it political? No. Is it heady? No. Is it even “dangerous” in the way punk music could be? Absolutely not. It’s vaguely drunken dark club music, trending toward the pop side of punk. Like the first track, “Light Rain,” has strings on it, I think. It’s laddish poetry over power chords that sounds like a hip 80s relationship movie set to electric guitars and winding bass lines. It’s like a mash-up of The Ramones, The Replacements’ Sorry Ma Forgot to Take Out the Trash and something else I can’t quite put my finger on that makes the music really dynamic. It’s the chord changes, the sneering rasp in the verses and the group singing in the choruses that just makes this solid stuff. The music also has a winking sense of humor about it that is uniquely part of the pre-emo phase coming out of the hardcore scene that makes the music more fun and less work to listen to. There’s just a more blue-collar feel to the whole thing. Like they lug their own amps, play at dirty-ass bars for free beers and sleep wherever someone will let them crash. You know, rock ‘n’ roll.

This album also feels like the album you and your high school band might put together. Not that they’re unprofessional or particularly sloppy, but there is something about the pacing of the tracklisting and the energy of the songs and the lyrics around debauchery that sound like if someone taught The Dead Milkmen to play their instruments better and maybe told them to grow the fuck up a little bit. It’s like the house band at a skate party in Fast Times at Ridgemont High in the 1986 remake (which was only four years after it actually came out). Did I mention I went back after getting this, their sophomore, album to get their pre-SST debut, Well Down Blue Highway, and played the shit out of their follow-up to this album as well, which was awesomely entitled Fuck? There is a crappy version of Blue Highway on YouTube, but luckily, despite some shady financial stuff, the SST catalogue is mostly in tact on streaming services, so you can get this and their subsequent few albums. Though if I had a working tape deck, I might pull it out just t0 catch this beauty of mid-80s punk glory.

I’ll leave you with these words to live by from their song “10 Generations”: We’re all poseurs, we’re all fakes, we’re the same has-beens we’ve grown to hate!