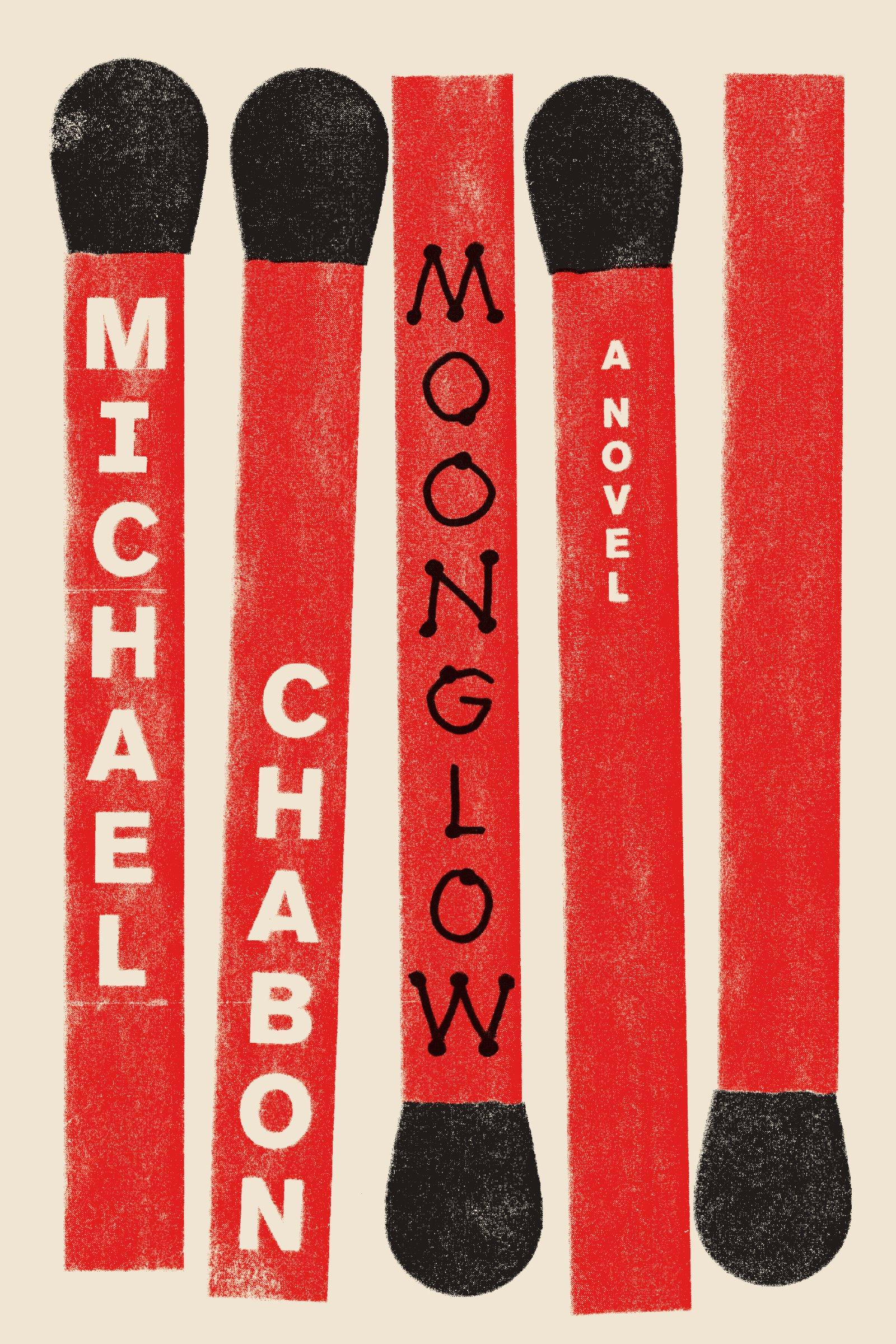 Moonglow is my sixth Michael Chabon book. I’m going to go out on a limb and say that with the exception of Murakami, Vonnegut, Don DeLillo, Stephen King, David Mitchell, Nick Hornby, Martin Amis and maybe one or two others, he is probably the author whose books I’ve read the most. And, oddly, I’ve been kind of up and down on his bibliography over the years. His last, Telegraph Avenue, was actually one of my least favorite. It seemed outside of his wheelhouse — a stretch, really. So I came to this novel with a little hesitance. It sat and sat in my Kindle queue as I skipped past it several times, almost afraid to click on that cover and release what I figured would be another disappointment. In fact, I didn’t even really read the back cover blurb to see what it was about until I finally took the plunge and decided to go for it.

And that’s when I saw it was a memoir. Ah, I thought, this will definitely be in his wheelhouse. Turns out, however, that it’s only sort of a a memoir. It’s really a fictional memoir. Not like a Million Little Pieces fake memoir, but a piece of actual fiction in the shape of a memoir, starring a dude named Michael Chabon and what is apparently a totally fictional account of his family. There’s an up-front that tells the reader this (if you look real closely), but the novel itself adheres very closely to the genre and comes across as an honest-to-goodness memoir — albeit a freaky one criss-crossed by history and weirdness. But anyone familiar with Chabon’s writing will recognize his characters, not only because they are probably an amalgam of some from his real life, but because he always puts a little bit of himself into his stories — even when there isn’t an actual representation of himself in the story itself. There’s the Jewishness that always pervades, the sense of otherness, that in this case is heaped upon his main protagonist, his character’s grandfather, and the kind of verging-on-outlandish little asides that mark the quirkier parts of his storytelling that bring it just outside of real-life.

The book is narrated by Chabon, recounting stories told by his grandfather on his deathbed. Stories about his early life, World War II and his subsequent years in the aerospace industry and beyond. Mixed in with his re-telling of his grandfather’s stories are his own observations about his family and some updates, confirmations and thoughts about some of the more fantastical aspects of his grandfather’s tales. He goes into detail about the grandmother’s backstory about escaping the Nazis and her subsequent, deep mental illness, his grandfather’s incarceration and his own mother’s odd upbringing as the daughter of two pretty damaged individuals — and one pretty swingin’ uncle. His own life creeps in around the edges as well, mostly around his [fictional] shitbag father and the affect that has had on his life.

But the whole deal is that none of it is real. Thing is, Chabon is such a great writer and adds such warmth to his prose that I couldn’t help but get sucked in and either didn’t care or didn’t remember at various times that it was all just made up. Sure there were times when it got a a little bit into its own head around some of the grandmother’s mania (see “the skinless horse”) and the granular history of the German V-2 rocket got laggy at times, but overall this was a really decent read, and one that after his last effort feels like an author back on his game.